In any presidential election year it is inevitable that candidates on both sides of the political spectrum will begin hailing or bashing tax breaks, subsidies, and regulations throughout the US business landscape. No business is more susceptible to these discussions than the Oil & Gas industry. Depending on the date and audience a candidate is speaking to, an observer will hear that the oil & gas industry is subsidized between $10 billion to $52 billion.

Before we break down the numbers behind the claims, let’s first define subsidy. According to Dictionary.com subsidy can be defined four ways:

The definition does not claim that a subsidy is defined as not paying a certain amount in taxes.

Now let’s break down the so-called subsidies. You will see these numbers inflated or deflated depending upon the source. In order to arrive at the $52 billion amount we have to analyze estimates at the higher end of the spectrum. The top six “subsidies” included in the $10-$18.5 billion estimates are as follows:

Master Limited Partnerships ($3.9 billion “subsidy”) – Ending the MLP “subsidy” would result in MLP’s being considered corporations that must be taxed before their distributions are passed along to shareholders. Therefore, any MLP income would be taxed at the corporate level and then again at the dividend level. Distributions to shareholders would be impacted substantially. Preventing double taxation is not a subsidy. MLPs also exist for Real Estate and other industries. Furthermore, the “subsidy” affects people across the spectrum from Pensioners, 401ks holders, to widows and orphans – hardly a “subsidy” for the oil and gas industry.

Intangible Drilling Costs ($3.5 billion “subsidy” – low estimate is $780 million) – Intangible Drilling Costs are essentially the cost of drilling a new well that have no salvageable value. Currently, most exploration companies are allowed to deduct 100% of the costs in the year they are incurred with the majors able to deduct 70% of the costs immediately with the remaining 30% amortized over 5 years. In what world would money spent that may or may not be recovered be capitalized as an asset?

Royalty Payment Reductions on Federal Lands ($2.2 billion “subsidy”) While paying no royalties on some offshore plots and reduced royalties in some regions might be considered a break by many. The incomes derived from operations are taxed at the same levels as any other income – hardly a “subsidy”.

Depletion Allowance ($1 billion subsidy – low estimate is $900 million) The depletion allowance allows companies to treat reserves in the ground as a capitalized asset that may be written down by 15% per year. The government only allows the “subsidy” for independent producers. Integrated oil companies such as Exxon, BP etc. are not allowed the exemption. Companies across the US are allowed a depreciation deduction for taxation purposes. The oil & gas industry should not be an exception.

Domestic Manufacturing Deduction ($1.7 billion per year – low estimate is $574 million) – Congress passed the tax break in 2004 to encourage manufacturing companies to maintain their operations in the US. The tax break has been extended to oil & gas companies and allows them to deduct 9% of their income from operations. Critics charge that companies would not leave for a lower tax rate. Ever looked at how much cheaper it would be to operate a refinery in another country? Furthermore, the tax break extends to companies across multiple business segments – not just the oil & gas sector.

Foreign Tax Credit ($900 million) The tax break allows US companies to deduct taxes paid in foreign countries from profits when the money is returned to the US. Of all the tax breaks, calling the Foreign Tax Credit a subsidy for the oil & gas industry has to be the most egregious. The US Federal Government allows any corporation doing business outside of the US the same exception.

In addition to the $18.5 billion in “subsidies” states also grant an additional $3 billion in tax breaks to the oil & gas sector that can be considered subsides. Politicians and political pundits tend to lump state and federal subsidies together. Shockingly, nobody holds them accountable for their misstatements. In addition to the “subsidies” given to oil & gas company operations, politicians attempt to lump in an additional $16 billion in consumption incentives to the oil & gas industry. Consumption incentives range from direct subsidies to low income households for heating oil to tax breaks for farmers, and the US military. It seems that these should be classified as breaks for farmers and the military rather than to oil & gas industry. To somehow get to the $52 billion total, activists then lump in the military costs to defend shipping lanes and pipelines in the Middle East.

Now let’s analyze what the oil & gas sector pays in taxes. In 2012 the top two corporations paying federal taxes in the US were ExxonMobil and Chevron paying a combined total of $45.2 billion. On average, the industry pays a 45% tax rate when all state, federal, and foreign taxes are totaled up. By comparison the Healthcare Industry pays a total rate of 35% and the Pharmaceuticals pay an estimated rate of 21%. Based upon these numbers it’s hard to believe which business sector is criticized the most for “subsidies”. 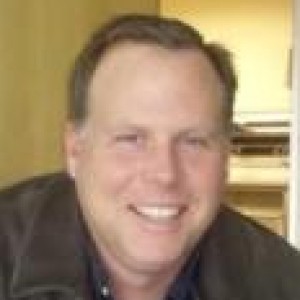