Why ERCOT Outage Scares Are Vexing Texas in Mild Weather

The threats of ERCOT power blackouts are emerging again this spring, just two months after millions of Texans survived freezing temperatures without heat or power during extended blackouts in February 2021.

By Wednesday, April 14, Texas was again at risk for blackouts due to power supply issues. ERCOT declared it would be “capacity insufficient” from 1-8 p.m CDT. This means ERCOT does not have enough reserves and will ask people in Texas to conserve power again. This is being caused by a weather pattern that is unusually warm for this time of year in South Texas. The results: strong demand and on-peak wind generation that is 6.5 gigawatts, compared with average April wind generation of 11 gigawatts. Solar generation was also lower. It hit only 38% during peak load on April 14, while the average is 72%.

The weather isn’t totally to blame for the power supply issues, of course. The large number of units that are offline for maintenance following the winter storm is also driving this shortage. The reported telemetered outages on April 14 is 21.1 gigawatts, where normally ERCOT would be measuring around 14.5 gigawatts of outages in ERCOT for the third week of April.

Want to learn more from our experts about the stability of the ERCOT grid for summer 2021? Sign up today for our complimentary webinar: ERCOT Outage Deep Dive & Summer 2021 Outlook. 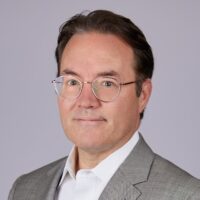