Oil and Gas Offshore Rigs: a Primer on Offshore Drilling

Since the Offshore Technology Conference is happening, we’ve been discussing offshore quite a bit this week, and I thought I would explore how offshore drilling works.

Being geographically close to the Gulf of Mexico (GoM), I’m going focus my attention there.

Recently The Lower Tertiary in the GoM has been in the news with huge potential – 15 billion barrels of oil. Compare that to EIA estimated 29 billion barrels in reserve onshore US, and you have a great exploration opportunity.

To Explore and Produce offshore you need a platform (typically referred to as a rig) from which to drill wells, extract product, and in most cases store the oil or gas until it can be transported to refineries or other destinations.

[Drillinginfo’s Terry Childs does a weekly roundup of offshore activity over on Oilpro, and was a huge help in putting this post together. Thanks, Terry!]

The Geology of the GoM is largely Jurassic and Cretaceous, when the basin encouraged collection and evaporation of sea water, leaving behind accumulations of Salt and Gypsum, which then domed and trapped abundant hydrocarbons.

How are leases structured?

The Submerged Lands Act (SLA) of 1953 grants individual States rights to the natural resources of submerged lands from the coastline to no more than 3 nautical miles (5.6 km) into the Atlantic, Pacific, the Arctic Oceans, and the Gulf of Mexico. The only exceptions are Texas and the west coast of Florida, where State jurisdiction extends from the coastline to no more than 3 marine leagues (16.2 km) into the Gulf of Mexico.

State and federal ownership of the seabed:

Beyond the state boundaries in the GoM there are Offshore Protraction Areas that are further subdivided into blocks that go up for bid from the federal government.

What types of Rigs are there?

There are three primary rig types. Jackups, semisubmersibles and drillships make up the majority of the offshore rig fleet and all are used worldwide. Other rig types such as platform rigs, inland barges and tender-assisted rigs are used as well, but they are fewer in number and are generally used in specific geographic areas.

What are the components of an Offshore Rig?

This image shows some of the major components of an offshore semisubmersible rig:

There are several shipyards around the world that build offshore rigs. Most of the major yards are in Southeast Asia and the Far East and there are other facilities in the Middle East and others being established in Brazil. Samsung Heavy Industries in Korea, and Keppel Corporation in Singapore are two of the larger rig builders in the world..

How are Rigs moved?

Tugboats are used to move jackups and semis for infield moves. When rigs are moved from one geographic area to another, usually a heavy-lift vessel is deployed, commonly called dry-tow. In some cases, semis might be what is called wet-towed, in which the rig is towed while in the water. Of course, drillships move under their own power in any situation. As one can imagine, it can be a pretty big production to move a rig from one area to another – a new rig being built in Singapore will take 90 days to reach the GoM.

Who hires and runs Offshore Rigs?

Operators
Obviously oil companies are the ones that hire an offshore rig. In the Gulf of Mexico, super-majors BP, Chevron, ExxonMobil, Shell and ConocoPhillips all have rigs under contract, and large independents such as Anadarko Petroleum and Fieldwood Energy (formerly Apache) are extremely active. In many instances, companies will partner in hiring a rig, with each operator involved getting the rig for a set number of wells or days.

Staffing
The Offshore Installation Manager (OIM) has the executive authority on a rig during his shift. Beyond that, there are various other positions, all with very specific roles to play in order to keep the rig running smoothly. The number of crew personnel on a rig varies between rig types and where the rig is operating. There can be as few as 50 and as many as 200. Given that there are currently over 200 rigs being built, one of the problems facing the industry today is how they are going to be staffed. Obviously, some of the people will come from older rigs that are retired over time and the crew is simply is transferred to a new rig. However, there is still a large people shortage coming. Oilpro.com looked at the current rig fleet age along with projected staffing requirements for newbuild rigs.

How deep do Offshore Rigs drill?

Depending on the rig type, offshore rigs are rated to drill in water depths as shallow as 80 feet to as great as 12,000 feet. The greatest water depth a jackup can drill in is 550 feet, and many newer units have a rated drilling depth of 35,000 feet. On the floating rig side, the deepest water depth in existence today is 12,000 feet. A handful of these rigs have a rated drilling depth of 50,000 feet, but most of the newer units are rated at 40,000 feet.

How do they get supplies to an offshore rig? Supply boats is the answer. These vessels make regularly scheduled trips to and from the rigs, bringing necessary equipment, food and other supplies. Crews are generally transported by either helicopter or crew boats, depending on how far the trip is.

How do they get production out? Oil and/or natural gas production is connected by a flow line to another facility or connects into a large diameter trunk line that is heading to the onshore location for processing. Newer technology involves a Floating Production System Offloading (FPSO) which can store oil in its hull where it is later transported to shore. While this is a proven technology around the world, it is just now starting to be used in the GoM.

Although in this post I focused on the GoM, our DI International products have annotated bid blocks, scouting reports, and extensive editorial information for round the world offshore opportunities. If you’re curious about Angola or the North Sea or Vietnam, we can help you navigate.

What do you think? What have you always wanted to know about offshore drilling? Like me, do you want to visit an oil rig? Leave a comment below. 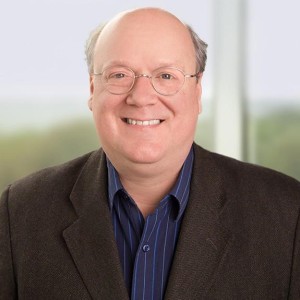 Eric Roach is the editor of Drillinginfo's blog, which was selected as the Top Oil & Gas Industry Blog based on visibility, engagement and relevance. He also prepares a weekly newsletter of top industry news for blog subscribers, and would be grateful if you would subscribe and tell your friends. (There's a box on the upper right of the page where you can subscribe).