Horizontal Drilling is Changing the Game

In most aspects of life you must keep changing to improve and adapt to the constantly changing environment – just as the oil and gas industry has done in the US. Outdated, traditional methods of extracting oil are being replaced by methods that allow more control and precision, increasing oil production and decreasing environmental impacts.

After educating myself on horizontal drilling as much as possible during my brief tenure at Drillinginfo, I now have a much greater appreciation for the technology and positive impact it has had on the global economy.

Gaining a better understanding of drilling

I must admit my previous notion on extracting oil was quite ignorant of the technological advances US oil companies have incorporated today. Images of old, beat up oil derricks with oil spewing out of the top – the Hollywood image from such movies as Giant or There Will Be Blood – was sadly my perception of drilling for oil.

But it is nothing of the sort, and the innovative equipment used in horizontal drilling allows oil companies to reach oil and natural gas deposits typically trapped more than a mile below the surface in tight shale formations created tens of millions of years ago.

The John and Paul of Oil Production

The Beatles are often described as the best rock’n’roll band of all-time but everyone claims Paul McCartney and John Lennon were the two most important members of the legendary band. Now I know everyone has their own opinion, but the general consensus is that Paul was the one who held the band together and John was the visionary.

Well the same can be said for the roles that two key components in horizontal drilling play – mud motors and measurement while drilling, or MWD, sensors. Without these innovative technologies there would be no such thing as horizontal drilling or this amazing blog post.

The mud motor is a progressive cavity positive displacement, or PCPD pump that is placed in the drill string that provides additional power to the drill bit going down the well. This PCPD pump is the leader of the pack going down a well and it is powered by the force of drilling fluid, commonly referred to as mud, being pumped down the drill pipe. Because the motor is capable of turning the drill bit the drill pipe itself does not have to move.

Mud motors can be used in both vertical and horizontal wells, but the majority of them are used for directional drilling. There are other methods that may be used to drill at an angle towards a target zone, such as a rotary steerable system which can be a better option for drilling in narrower formations, but overall they are more time consuming and cost much more than a high powered mud motor.

The thing that makes mud motors so unique is the capability to create a bend down in the well by simply changing the configurations in the motor. The bend is when the mud motor changes the wellbore’s course of direction which is also known as the kickoff point. The amount of bend in a mud motor is determined by the rate of climb needed to reach the target zone.

MWD Sensor is the visionary

The mud motors may be the power that drives the formation of the oil well but despite its power it still needs to be guided towards the target zone location. This is where MWD sensors comes into play – this remarkable tool is simply the eyes down below and transmits the down hole conditions back up to the surface.

MWD sensors measure the trajectory of the hole as it is drilled, rock properties, torque, pore pressure and the actual weight on a bit. These tools operate by creating pressure pulses in the mud column in response to inputs from the sensors. The pulses are then converted into electronic signals that are then processed and displayed at the surface.

This continuous data allows oil drillers to monitor the conditions in real time and lets them know when to deviate the well bore direction to accurately pin point the target zone.

The benefits of horizontal drilling

These new technological advancements have had a profound impact on the US oil and gas industry with numerous benefits to the environment and economy on a global scale.

Using horizontal drilling techniques, companies can now drill a number of wells in different directions from one well pad, which is much more efficient than having numerous well pads set up to extract oil. This decreases the surface disturbance and saves money with the reduced costs of well pad setups, replacements and maintenance costs.

Horizontal drilling also has a greater production rate than traditional vertical drilling because of the greater wellbore length exposed to the pay zone. Oil companies tap into these new areas of oil by going in at angle into a reservoir which is difficult or impossible for traditional drilling methods.

Possibly the greatest benefit of all is the ability to locate well sites away from residential areas and sensitive ecosystems. Oil companies today can access oil and gas by drilling a well that is miles away from a specific property or site.

What do you think? Do you believe Horizontal Drilling is changing the game and impacting our global economy? Leave a comment below. 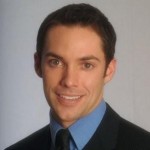