The prequel to this blog post (Part 1: Evolution and Deposition) discussed how the Greater Permian Basin (GPB) formed and was divided into several sub-basins. It continued to uncover why the Midland Basin and the Delaware Basin were different based on variances in sedimentary depositions and tectonics. This post will discuss how the two dominant sub-basins in the GPB differ according to stratigraphy. Understanding the stratigraphy of the Midland Basin and the Delaware Basin will be crucial in linking reservoir quality and production that will be discussed in the next and final post of this series.

The Greater Permian Basin contains early Guadalupian, Leonardian, Wolfcampian, and Pennsylvanian aged strata. While the Wolfcamp formation is present in both the Midland Basin and the Delaware Basin, and is very similar in both sub-basins, stratigraphic nomenclature of the Permian aged strata is entirely different. Cyclic changes in sea level during the Permian time period created a juxtaposition of depositional environments that are reflected in the strata in the two sub-basins (figures 1 & 2). The Spraberry and Bone Spring formations (located in the Midland and Delaware sub-basins, respectively) are time correlative but have different compositions. We will focus on the similarities and differences of the stratigraphy and lithology of Leonardian and Wolfcampian aged formations in the Midland and the Delaware sub-basins of the Greater Permian Basin. The Midland Basin’s stratigraphy is widely characterized as a “multilayer” cake with different geologic zones comprising the layers in this analogy. These stacked plays along with high fracture rates are the primary reasons the Midland Basin has great future potential for hydrocarbon recovery. The two stratigraphic sections that make up the Leonardian and Wolfcampian are the Spraberry (along with the Dean) and the Wolfcamp formations. These names are commonly combined and referred to as the “Wolfberry”.

The Midland Basin vs. the Delaware Basin – Understanding the Permian

The Spraberry and Dean formations are a series of Leonardian aged shales with interbedded sands that were associated with channel systems and submarine fans. Fine sandstone, calcareous mudstone, and coarse siltstone comprise the Spraberry and are characterized by having very low porosity and matrix permeability. These qualities, along with a natural fracturing tendency, provide migration paths and a trap for hydrocarbons. The Spraberry formation is divided into upper and lower sandy units with the Dean formation stratigraphically under the lower Spraberry. These sub-units are differentiated by lithology. The upper and lower Spraberry units are fine grained silty sandstone with intermitted silty shale.

These are separated by a package composed of mainly black shales and dark carbonates with a sandstone package in the center. The Dean formation, similar to the Spraberry sands, is a sandstone with thin intermitted beds of dense limestone and black shale. The average depth of the top of the Spraberry formation is approximately 6,800 feet across the entire sub-basin. The entire section from the top of the Spraberry to the base of the Dean varies in thickness between 1,200 and 1,870 feet.

The Wolfcamp formation has been widely used as the marker of Permian time period, however recent research has concluded that based on dating condonts (extinct chordates that resemble eels), the base of the Wolfcamp formation is actually upper Pennsylvanian in time. For the easy of clarity in this discussion, we will consider the Wolfcamp formation to be entirely Wolfcampian in age. It is generally a two-lithology based system of mostly shale with interbedded limestone. Minor layers of calcareous sandstone are present. This formation is separated into four units (A, B, C, and D) with slight lithology changes between the sub-units. The Wolfcamp formation is the deepest in the center of the basin, measuring approximately 12,000 feet deep, whereas towards the edges of the basin, it is found at a much shallower depths varying from 4,000 to 7,000 feet (figure 3). Figure 3: Vertical depth map of the top of the Wolfcamp formation throughout the Midland Basin Source: The “New” Horizontal Permian Basin by Joseph Bachmann et al

The Bone Spring formation is Leonardian in age and is divided into the 1st, 2nd, and 3rd Bone Spring, each containing a package of carbonate followed by a package of sand. This cyclic sedimentation is due to the change in sea level as mentioned above, where the carbonate is formed when sea level was at a high and sands when the sea level was at a low. Above the 1st Bone Spring carbonate, there are the upper and lower Avalon shales as well as the Avalon carbonate that splits the two shales. The Avalon carbonate is interbedded with dark and carbonaceous shaly siltstones that act as a permeability barrier to vertical flow. Sand strata in the Bone Spring formation were deposited as submarine fan systems. The carbonates are composed of dark and dense carbonaceous wackestone and mudstone that establish an important source rock. The sand intervals of the Bone Spring are composed of dark, thinly bedded, calcareous shales and siltstones. The entire Bone Spring and Avalon formations (often just called the Bone Spring) average in thickness from 2,500 feet to 3,500 feet. The thickest region of the formation occurs in the eastern portion of the Delaware Basin before it quickly disappears into the Central Basin Platform (figure 4). The Wolfcamp formation in the Delaware Basin is an ideal heterogenetic resource of hydrocarbons. While the lithology of the Delaware Wolfcamp is analogous to the Midland Wolfcamp, characterized by interbedded shale and limestone, some differences do occur. In fact, the same Wolfcamp formation in the northwestern section of the Delaware basin is different from the rest of the basin’s Wolfcamp. In the northwestern portion of the basin, the Wolfcamp’s carbonates are light colored dolostones. In contrast, the rest of the basin’s Wolfcampian strata are dark colored lime packstones, wackestones, and mudstones. The depths and thickness of the Delaware Wolfcamp also differ from the Midland Wolfcamp. It has an average thickness of 2,000 feet but can locally exceed 6,000 feet in the western portion of the basin. The top of the Wolfcamp in the Delaware Basin lies on an average depth ranging from 10,000 to 12,000 feet.

We have now covered why and how the Midland and Delaware sub-basins are similar and different. These fundamental understandings are going to be important for the third and final part of this blog series where I will discuss how this all ties into reservoir quality and production of these two hot plays. Again, stay tuned… 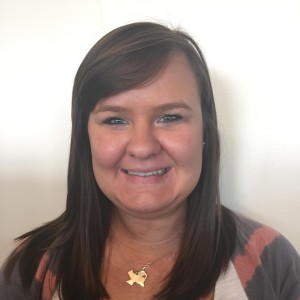