What Makes a Successful Refrac?

Refracturing as a technology has been around for many years. Vertical wells have been refractured since the 1970s with positive results. However, refracturing multi-stage horizontal wells is still relatively new. 2011 saw significant uptake in horizontal refracturing activity. Operators started experimenting with treatment volumes, types of refracturing technologies, timing of the refrac operation and various candidate selection strategies. Many of these refracs were success stories, while some were not.

Figure 1: The evolution of refrac activity (in orange) in the Williston basin from 2007 to 2017

As prices fell, refracs started gaining more importance. Compared to drilling and completion costs for a new well, refracturing can be significantly cheaper (~$2MM), while recovering as much as 1Bcf of incremental gas reserves. In fact, refracs often provide such a high return on investment, that it is recommended that refrac planning be part of the initial development of a field.

Refracturing can sometimes feel like being in a black box, with operators questioning the repeatability of ‘successful’ refracs. Although the number of horizontal refracs is smaller compared to older vertical refracs, there is still a substantial dataset of existing horizontal well refracs that can give us valuable insight. Unfortunately, it can be quite difficult to do a look-back analysis on existing refracs – information on refracs is not consistently reported and the information that does exist is silo’d throughout multiple different sources.

Figure 3: Refracs have been identified by parsing of multiple sources of data, across the United States.

Step-By-Step Guide to the Best Refracs

After having identified the existing refracs, it is important to understand the various driving forces that have affected the performance of these refracs. While pumping treatment downhole during a refrac job, either existing fractures are re-stimulated to access additional reservoir volumes, or virgin rock is stimulated by tapping into previously untouched parts of the horizontal lateral. Operators can also choose to perforate in between existing fracture stages. These refracturing operations alter the existing fracture geometry, connect as many natural fractures as possible and/or restore conductivity to assist in creating pathways that enable fluid flow.

There are a number of factors that contribute to the success or failure of a refrac. The type of refracturing technology plays a vital role in a refrac operation. The use of fluid diversion, although relatively inexpensive, presents unreliability or concerns with repeatability. Many operators have reported success using diverters, while others prefer a method of zonal isolation. Of the identified refracs with a reported ingredient typically used for fluid diversion, the majority of these lie in the Barnett, Eagleford, Bakken and Woodford.

Figure 4: Of the identified refracs with fluid diversion ingredients reported, a large share of these lie in the Barnett, Woodford, Bakken and Eagleford.

While experimenting with the type of refrac technology or completion strategy, it is important to consider effects of ‘stress-shadowing’ and pressure-dependent permeability changes in the reservoir. Numerous SPE studies (e.g. SPE-182161-MS) suggest that understanding the geomechanical effects of refracturing should be a key driver in planning a successful refrac.

But what is truly a ‘successful’ refrac? To comprehend this, it must be understood that as refracturing activity has picked up in time, operators have experimented with technologies as well as strategies in their field development plans. They haven’t quite followed a cookie-cutter approach and various SPE publications have provided leaps in understanding the several driving factors.

When refracturing in horizontal wells began, operators were focused on reviving older wells in good rock or targeting wells where the initial completion did not show good returns. It was designed to be able to access more reservoir volumes, accelerate recovery or slow down the rapidly declining production of the parent well. For example, in a small area chosen in the Williston basin, where refracs were done prior to 2014, the plot of cumulative distribution function shows that wells that were chosen as target refracs (in orange) fall below the median IP. This implies that refrac candidates were chosen among wells whose initial completions yielded relatively low IP rates (bbl/d). Although most of these target refracs had gross perforated intervals that were approximately within the average for the area, proppant volumes pumped in the initial completion fell below the average. Consequently, in this area, the operator chose to revive wells that had relatively lower IP and were initially completed with smaller treatment volumes.

Figure 5: Wells selected for refrac in the sample area tended to be those performing below the median and with lower than average proppant volumes in the initial completion

If we look at the trend across a few key basins, we can normalize the IP rate (from the initial completion) by the perforated interval and visualize it by quintiles – red corresponding to the lowest quintile in IP/ft, while green shows the highest. In Figure 6, it is seen that in the Williston and Midland basins, a large % of refracs chosen fell in the lowest quintile of IP/ft, while in the Gulf Coast and Delaware basins, operators targeted a mixed bag of wells, including wells that fell in higher quintiles.

With time, as companies experimented a lot more with refracturing practices and gained a better understanding of the effects downhole, operators started viewing refracturing as a strategy to also re-stimulate or re-energize infill or offset wells. More conversations have ensued over ‘frac hits’ and hydraulic communication between wells, and whether they have a positive or negative impact on production. In many cases, it did show a positive impact on the older wells that had been producing for a while, while in some, it negatively affected both the refrac as well as offset wells.

Figure 7: A new well (in blue) was drilled and completed ~2000ft from the well that was refractured (in red) at the same time (approximate date shown by the dotted line). Inflection in production performance post-refrac is indicative of the effect of refracturing on an infill well

With this in mind, definitions of what makes a ‘successful’ refrac start to vary – some view it as slowing down the decline rate of the parent well in order to extend the well life, while others are focused on accelerating recovery within a short time frame. Ultimately, the success of a refrac is determined by its economics. Many operators only find it economic to stimulate both the parent well and positively affect offset wells.

Success of refracs can be quantified by various performance metrics – IP rates, decline rates before and after refracs and incremental EUR post-refrac. It is important to understand the impact of completion trends on these production metrics. A successful uplift in production can also be influenced by the timing of the refrac operation. Figure 8 shows the relation between ‘IP ratio’ (ratio of production rate post-refrac and IP rate from initial completion) and ‘time before refrac’, in a selected area in the Williston Basin. Although refracturing early in the life of the well shows mixed results, waiting to refrac a well beyond 25 months since the start of its first production, did not yield a positive increase in the IP ratio.

Figure 8: In this sample area in the Williston basin, wells refractured before the 25th month of initial production yielded positive increases in IP ratio

Another example of measuring the success of a refrac is by looking at the decline rate before and after refracturing. If the decline rate can extend over a longer period of time and with a flatter slope, the well will see significantly better returns. Based on this metric, the refracs in Williston Basin have had middling success. Many refracs hover around the same decline rate as the original wells had.

As oil prices continue to hover around the $50 range and recompletion techniques improve, refracs will only become a more important component of operators’ long-term plans. Learning from current trends and best practices will put companies in a position to maximize their refracs.

Step-By-Step Guide to the Best Refracs
The following two tabs change content below.

Riteja Dutta is currently the Product Manager for DI Analytics at Drillinginfo, managing the development of the Analytics and Engineering platforms. She began her career as a Reservoir Engineer at Gaffney, Cline & Associates and then continued with the reservoir consulting group in Baker Hughes. Riteja graduated from The Pennsylvania State University with her Masters in Petroleum Engineering. She is an author of published research in unconventional plays, including work recognized by SPE (Society of Petroleum Engineers) as the Best International Student Paper in 2012. She volunteers with SPE, most recently as the co-chair for the Global PetroBowl competition. 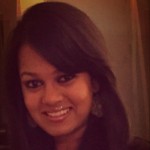 Riteja Dutta is currently the Product Manager for DI Analytics at Drillinginfo, managing the development of the Analytics and Engineering platforms. She began her career as a Reservoir Engineer at Gaffney, Cline & Associates and then continued with the reservoir consulting group in Baker Hughes. Riteja graduated from The Pennsylvania State University with her Masters in Petroleum Engineering. She is an author of published research in unconventional plays, including work recognized by SPE (Society of Petroleum Engineers) as the Best International Student Paper in 2012. She volunteers with SPE, most recently as the co-chair for the Global PetroBowl competition.
More from riteja.dutta