As anyone who has worked in the Texas oil field, or anywhere in the oil business knows, traveling the highways and byways of rural America is a way of life in this industry. Finding reliable sources of fuel, food, relaxation and internet that are quick and easily accessible is a necessity. Helping to fill the void throughout the Oil & Gas industry are convenience stores.

This article seeks to enlighten you to three of the best stores available throughout the Texas oil field. This is the first of many articles to come. Today, I’m going to highlight three of my favorite convenience store chains. I will discuss local stores of many small towns in subsequent articles. I’ve based my research on three categories: fuel price/pump accessibility, cuisine and restroom cleanliness.

#1 Buc-ee’s: I must confess that five years ago I wouldn’t have rated Buc-ee’s nearly this high. Sure I liked the store in Gonzales off of I-10, I just found their other stores lacking any significant features that would make them a favorite stopping point. Then Buc-ee’s great expansion began. Now Buc-ee’s has five “flagship” stores located throughout the Central Eastern part of Texas. These stores boast between 30-60 gas pumps and their restrooms are first rate. In fact, their New Braunfel’s location (which has 83 stalls) was voted best restroom in the country in Cintas Corporation’s annual “America’s Best Restroom Contest.” They beat out the Radisson in Chicago and the Hollywood Bowl in California for the honor. That being said, what really sets Buc-ee’s apart is their cuisine. Both in diversity and quality they reign supreme. They have your traditional foods such as barbeque, tacos and sandwiches all freshly prepared onsite. Buc-ee’s also sells a variety of non-traditional jerky, dips and snack foods that distinguish them from just about any other store I’ve ever seen. I even bought a de-boned crawfish jambalaya stuffed chicken that could have been served at some of the nicest restaurants in world. Buc-ee’s is not just a stopping point, it’s a destination. This is part of the reason they have billboards as far away as Oklahoma advertising stores in Central Texas.

As an aside, you can even purchase a deer blind or turkey fryer if that meets your particular convenience store shopping needs. And their Wharton location supplies a free breakfast taco to anyone wearing camouflage attire. Their obsession with wowing their customers explains why their fanbase grew so large and enthusiastic that even the national news took notice.

#2 Stripes: Anyone traveling throughout South or West Texas during the past decade surely has seen a Stripes Convenience Store. They evolved out of stores operated under the 7-Eleven and Circle-K brands. Through multiple acquisitions, as well as continued expansion and licensing, the company now operates 540 stores throughout Texas, Oklahoma and New Mexico. Due to the acquisition strategy, licensing and age of the locations, it’s difficult to consistently rate their fuel prices/accessibility or restroom cleanliness. Depending on the location, these vary too much. However, one area sets Stripes above the competition – Laredo Taco Company (LTC). LTC, which operates exclusively in select Stripes locations, serves the best fast food tacos I’ve ever eaten. With options ranging from traditional beef and chicken fajita all the way to Chicharrones and Mollejas, LTC has very diverse offerings. Their flour tortillas are warmed onsite and have none of the prefabricated look, feel or taste of traditional fast food tacos. And if tacos don’t meet your culinary desires, LTC offers fried chicken, flautas or corn dogs. Often their lunch specials come with vegetables, rice and beans. While not all Stripes locations possess an LTC, it appears that at least half do. When in doubt, look for a green sign in the front of the store that says Laredo Taco Company. If you see the sign you will know that some of the best tacos available are just moments from your mouth.

#3 RaceTrac: If you’ve ever worked in or around the Dallas/Fort Worth Metroplex you’ve surely stopped at a RaceTrac Convenience Store. There are many things to like about this chain, which consist of 320 stores throughout the Southeastern United States. When you stop at a RaceTrac you get a pretty consistent experience regardless of the location. Most of the stores feature 20-24 fueling pumps and the interior of the store is usually over 5,000 square feet. Similarly, their restrooms are consistently clean and large enough so there is no waiting time. The one thing that RaceTrac really lacks is good food. Most is traditional convenience store fare – hot dogs, microwavable sandwiches and such. Nothing worth wasting a meal over unless necessity requires it. That being said, if you are looking to fuel up or just to find some relief, RaceTrac is worth the stop.

As I said, this is just a first look at three of my favorite spots. We’ll dig a bit deeper into some of the many hidden treasures Texas has to offer in future posts.

Until then, I’d like to hear from you. What are some of your favorite spots to fuel up when you’re out there working the Texas oil field? Please leave a comment below. 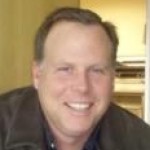