For many years the US rig count data has been one of the key numbers our industry has used to predict future production.

Investment analysts, E&P companies and service companies used that number as part of their predictive models. Days to drill, amount recovered, etc. varied from well to well but could be modeled fairly well in broad aggregate over time.

As with many changes associated with this unconventional world in which we now play, rig counts may have different meaning than before. As a company who tracks rigs on a daily basis, it might be a bit heretical to pose the question, but is the US rig count still meaningful today? The answer may be “yes” or “no” depending on the questions you’re trying to answer.

Comparing the average monthly rig count to new drilling permits filed in the US each month shows that the two correlate closely. Both have generally held flat since about 2011, with general seasonal changes. [Interesting side note – we’ve seen a significant jump in permits in March!]

US oil and gas production, however, has grown dramatically over that same time. While operators are not drilling more wells, they are greatly increasing the productivity per well.

Technology drives these plays and operators continuously test and employ new techniques to improve productivity and their return on investment. The industry often refers to this as being in the “manufacturing phase”, but in reality operators are carrying on hundreds of multivariate experiments with each well they drill. Their successes are obvious, but how do we model these continuous changes, combined with rig counts to broadly predict productivity? A key part will be normalizing for the potential productivity of the rock, such as DI Analytics has done by grading the acreage in their play studies.

Variations in the potential productivity of the rock itself pose another challenging to large scale forecasting of future production. The sweet spots are unknown as drilling in one of these plays begins. After the initial land rush the focus moves to holding acreage then high grading that acreage to identify the most productive areas. As efficiencies improve, the lesser acreage can become more economic, yet that may not result in significant increases in overall productivity in a play.

A key change in the unconventionals is how different operators in an area can obtain significantly different results in rock that has the same potential productivity. Each company experiences their own learning curve within a play and the different technologies they employ impact that greatly. Likewise, their returns on investment will vary greatly. Merging trends in rig counts with an average “type curve” for a region in the models cannot provide a reasonable prediction of productivity unless the variations between operators, their learning curves and experimentations are adequately understood.

The oil type curves for 6 key operators for “B” grade acreage in the Eagle Ford as modeled by DI Analytics, shows the challenges in effectively using one type curve for a given area. The average peak production varies from 23 bopd to 540 bopd.

The improvements in drilling and completion efficiencies over time in a given area present another challenge for using rig counts in future productivity modeling. As we track the movement of US rigs from well to well we continue to see fewer days on location from spud to release. Each well drilled in a play brings better understanding of the rock and controlled risks allowing maximum efficiency.

The increased use of pad drilling, where multiple wells are drilled on a single location within a single rig visit, has been an important part of the overall improvement of rig efficiency. Less time is needed in rigging up and down and moving between locations, services can be better managed and transportation streamlined. Recent work by the DI Analytics team shows the estimated percentage of US wells categorized as a pad drilled well increased from 5% of wells drilled in 9 key unconventional plays in 2006 to 58% by the third quarter of 2013. In the Bakken and Eagle Ford, the percentage is closer to 75%.

One of the more challenging variables to understand and predict is the impact of infrastructure constraints. Again, these vary significantly by play, by location, by operator, etc. Access to water and proppant for completions can create significant delays. Pipeline access and / or transportation issues are an even bigger challenge in many of the highly active plays. 40-50% of wells drilled in the past year in the US are currently not yet producing.

While using rig counts to predict future production has become a very complex puzzle to solve, rig counts, locations and movements still have significant value to our industry, especially when taking account other key activity indicators.

Far before a permit is filed, an oil and gas company must negotiate a lease for the rights to drill and extract the hydrocarbons from the mineral owner. By looking at a heat map showing the concentration of recent leasing activity and overlaying the map with DI Rigs, we can see areas where rigs may be moving. Not surprisingly, the following map shows most of the rig activity is concentrated in the areas with the greatest leasing activity. However, we can see a few “warm” areas that may generate new activity, such as in the Oklahoma panhandle.

Predicting future productivity in the US, using rig count, has certainly become more challenging. The number of variables to consider have increased as well as the lack of clarity the trends those variables indicate. Understanding regional variations, learning curves, operator differences, rock differences, and infrastructure needs all must be evaluated as part of the larger picture. One trend that does still hold true, however, is that we CAN predict that production will grow when the US rig count increases.

What do you think? Are rig counts dead? What factors do you keep in mind when predicting activity? Leave a comment below. 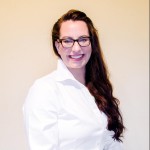