As we saw in Murray Roth’s last blog post, the Bakken Shale formation is a complex geological giant.

Operators have unlocked this play’s potential through extensive science, analysis and – sometimes – luck. As positive results continue to roll in throughout the region, many are applying advanced techniques to explore the ancillary Three Forks play as well.

If that is true, then we know if we want to be successful, we can simply apply the best practices of the most successful people in our field and similar results should follow.

This is especially true in oil and gas.

If you’re exploring an area as complex as the Bakken Shale, the best thing you can do is look at how top operators do things. In the process, you will more than likely uncover ways to get the most out of your rock.

To that end, here are 5 top Bakken Shale operators that are getting the most out of the ground today.

Continental has 1.2 MM net acres in the Bakken. They released their 2014 plans for this large acreage position in September of this year.

The company’s recent results show Bakken production at 88,000 Barrels of Oil Per Day (BOEPD) in 2Q13, a 14% increase from the preceding quarter. Their new 2013 Year end completed well cost (CWC) goal is $8.0MM or less. Continental’s CWC was around $9.2MM less than a year ago.

On the Three Forks: Continental is finding structural/tectonic influences along the Nesson anticline cause production interference between wells. The Colter Unit Lower Three Forks testing in Dunn County proved benches under these conditions communicated (Figure 1). The company continues to delineate its 3,800 square mile potential productive footprint.

EOG has ~90,000 net acres in the Bakken Shale core area. The company is currently developing with 160 acre spacing. EOG plans to complete 53 net wells this year and will increase activity in 2014.

Recent results indicate the company has 940 million barrels of oil (MMBO) average gross estimated ultimate recovery (EUR) per well in their Bakken Shale core and Antelope areas. EOG’s 160-acre spacing strategy seems to be paying off. The company has had strong initial production (IP) rates in their core area. Two stand-outs include the Parshall 25-303H and Van Hook 29-1113H, which flowed at 2,685 BOPD and 2,390 BOPD respectively.

Whiting recently acquired 17,282 net acres, bringing its total in the Williston Basin to 714,541 net acres. The company has staked out its largest position in the “Lewis and Clark” where they are targeting the Three Forks formation (Figure 2).

Kodiak has 196,000 net acres in the Williston basin and plans to operate 7 rigs in the area in 2013. The company says most of its acreage should be held by production (HBP) by the end of this year. Kodiak is running a pilot program analyzing 12 wells per 1,280-acre DSU in their Polar and Smokey projects. The results have been positive as the wells have flowed at an average 24-hr. IP rate of 2,549 BOED (Figure 4).

A Look at Top Bakken Shale Operators from within DI Analytics

Now that you know the latest on 5 top Bakken Shale producers, here’s a look at how they stack-up from within DI Analytics. This is a snapshot of production over time, looking specifically at peak months of production (MaxIP) and well count by quarter since 2004.

It would be easy to look at these charts and conclude there isn’t much correlation between the number of wells and maximum initial production (MaxIP). However, there is more going on here than meets the eye.

For example, if you look at EOG’s well count in the top right corner you notice a large spike, followed by an equally large drop, spike, drop, spike and finally a steady decline. Looking at the production, it peaked right before the well count dropped off. It then rises and falls with the well count until something very interesting happens – there is an almost inverse relationship between well count and MaxIP beginning in Q2 2011.

So what’s going on here?

A likely explanation is that they were working an area of the Bakken and got it fully developed by late 2008. As a result, they packed up shop and headed to new territory. But the best practices from the previous area didn’t create the production they were looking for. So they moved again, began developing the area and eventually found the best way to maximize that particular rock. In other words, they “cracked the Bakken Shale code.”

But what was the combination to the safe?

Well, you can only speculate at this point. They either moved into better acreage, figured out how to maximize their wells regardless of the acreage quality – or a combination of both. But the beautiful thing is that if you have the right Drillinginfo subscription level, you can dig into all of the other analytics resources available on the platform, combine them with the detailed completion data you can find in Drillinginfo and start to solve the riddle for your own reservoir.

Which brings up an interesting question – If you don’t have access to DI Analytics, how could you make another multi-million dollar shale decision without it?

Then again, I might be slightly biased. That is my team, after all.

What do you think? What do you see when you look at these findings? Does EOG’s inversion really show they’ve got the “secret sauce”? Or does it demonstrate something else? And what do you make of XTO’s slow and steady straight line across the board? Please chime in in the comments below!

Discover how you can drastically decrease risk and quickly, accurately and confidently make decisions with deep data-driven analytics based on the industry’s top unconventional operators. 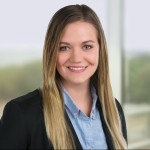