With politics starting to heat up for primaries as we head into the end of year, fracking has taken a front seat in a bad way. Every Democratic front-runner has stated a ban or limitation to fracking in the U.S.

While few believe they could pass a total ban on fracking, it is not out of this world to think they could put a short-term ban or moratorium on fracking within federal acreage. This would create a perfect storm for some basins that are comprised mostly of federal acreage such as the Powder River and parts of New Mexico.

Over the years, the industry has seen short-term federal bans for lizards and birds that have lasted months to years and have added thousands of costs per well. A new ban could be hidden as another review of policy if opposition seems high.

Federal leases have been seen in an increasingly positive light lately due to their low royalty rates and long lease terms. These benefits far outweigh the additional paperwork and cost of operating on a federal lease.

In Wyoming, we have seen the review and passing of large-scale projects that will bring thousands of jobs and hundreds of millions in revenue for both state and federal governments. These projects will be in limbo if a new ban is enacted; hurting both local and state economies.

Our industry is one that does not forget deceit; a short-sighted ban or limitation of federal property would create a long-lasting black eye for federal leases. This could lead to higher unemployment for not only our industry, but the states that have seen this increase in activity. It would create bust towns that are not due to macroeconomics such as oil price, but politics. As we go through this next year, we will have to start looking at the risk operators have based on their Bureau of Land Management (BLM) acreage holdings. We will start to see some companies hedge their risk by buying acreage or companies with lower risk fee acreage. However, this will take either investors willing to allow a company to take additional debt, or willing to issue equity to finance. Are investors willing to allow a company to spend the money needed to make this hedge? Are there enough deals out there to be had for companies that will fall into this risky category?

While this will not inherently impact current operations by operators, it will affect future production from basins that are just starting to hit their stride. Since most shale wells decline more than 50%–70% in the first year of production, a ban of any significant time would create a decline of overall production.

Since the basins most affected by federal leases are Gulf of Mexico (GOM), Powder River, New Mexico, and Northern DJ (Wyoming), oil production decline from these basins would need to be offset by increased production from other basins.

This would create an arbitrage opportunity for companies in oil-weighted basins such as the Eagle Ford and Midland Basin. Their proximity to both refineries, new pipelines coming online, and similar API weight to these federal positions would be optimal. For operators in these basins, we could see an increase in valuation of assets compared to their federal counterparts. Inherently this could also create a short-term squeeze on financials for companies that are single-basin operators. Many of these basins are held heavily by private equity-backed companies that would luckily not send shockwaves through our industry’s public sector. There are several household names however that have significant positions and growth based in these basins.

Oilfield service companies, in anticipation, will start to move equipment and contracts to basins with less political risk putting pressure on service prices. If pressure continues to build, midstream companies and transporters will also start to look to hedge volumes on pipelines to ensure they can meet the demand of refiners.

A spiraling effect always takes place in vertically based industries; something a new administration should consider. While we have complete faith in our industry to shift dollars and production to lower risk regions, the long-term effects on these basins will be felt.

To get a sense of the size of federal land holdings and areas of responsibility, look at the map below. The question for our industry, investors, the general public, and especially politicians is, “Have you thought of the implications of banning the so-called ‘dirty frackers?’” 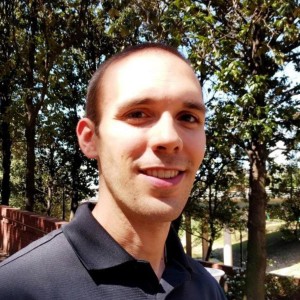