HYDRAULIC FRACTURING: FROM LUXURY TO NECESSITY

The upstream industry has been experimenting with well stimulation (including hydraulic fracturing techniques) since long before “fracking” became a household term. Stimulation has taken many forms, including extremes like the a-bomb frac attempted in the 1960s.

The simple goal of any stimulation effort is to increase the flow of oil and gas from wells drilled. Only recently has fracing become absolutely necessary.

The reason for fracing’s rise from luxury to necessity is a truly pervasive trend in the oil and gas business – the increasing difficulty and complexity of producing new reserves. Onshore, this trend is epitomized in the pursuit of unconventional resource plays, including shale.

The foremost reason “unconventionals” require greater levels of stimulation is their permeability (or lack thereof). Shale formations are oil, gas and NGLs stored within source-rock clastics and some carbonates, which typically have nanodarcy permeability. Tight oil formations, like the stacked oil saturated layers found in the Permian Basin, typically have permeabilities expressed in microdarcies or nanodarcies.

For context, unconventional rocks often have permeability less than the cement that is used to seal the well casing. While conventional formations could be compared to a soft sandstone, unconventionals feel more like the granite countertops in your kitchen – hydraulic fracturing stimulation is absolutely necessary to unlock the source-rock riches the industry is pursuing today.

A frac site is a well orchestrated symphony of iron, horsepower and men. It is loud, dusty and busy. It is the exciting intersection of high technology, brute force and great potential.

The mobile factory that carries out the hydraulic fracturing stimulation operation is commonly referred to as a frac spread. Approaching a typical unconventional frac site, you’ll first encounter a barricade of proppant, water and chemical storage and transport equipment (trailers, cars, ponds and bins). Frac blenders stand by to process the powders, chemicals, gels and liquids pumped downhole. Up next is the mobile data acquisition and control center or data van – the brains of the operation where engineers and supervisors monitor and direct a job as it is being pumped.

Moving inwards, is the heart of the operation – some 25-50 tractor trailer-mounted frac pumps parked within inches of each other. This is the brute force that pumps the fracturing fluid (a blend of water and sand) downhole at extremely high pressures to fracture the formation.

Frac pump capacity is typically measured in hydraulic horsepower. Over 50,000 frac horsepower may be required for modern completions. Between the pumps and trucks snakes a maze of flow lines culminating at the well-head (or multiple well-heads on modern pad drilling sites).

Each frac pump has a power end (the motor which turns the pistons) and a fluid end (the housing for the pistons that pressurizes the frac fluid into the treating iron). To use a shaving analogy, the power end can be thought of as the refillable razor shaft while the fluid end is the disposable razor blade cartridge. Power ends have a useful life of about two years, while fluid ends only last from 500-1,200 hours in shale application.

Treating iron is comprised of the valve, manifold and pipe apparatus that feeds the frac fluid to the wellhead from pumping and mixing equipment.

Fracing a well can take several days depending on how many stages are being completed. A frac stage is simply a portion of the horizontal section of the well that is being fraced.

Frac fluid (water, sand and chemicals) is blended at the surface before being pumped into the well at extremely high pressures, cracking the rock stage by stage. Typical unconventional wells require 10,000+ psi down hole to open up the rocks.

Contrary to popular belief in the public, the chemicals used in the fracing process are not generally present to erode the rocks. The chemicals’ purpose is to gel the solution and allow proppants (sand or ceramic spheres) to be suspended in the mix. The fissures created in the fracing process are held open by the proppant, which is left behind when the fluid is released form the well (read a primer on proppant here). These fissures allow what was once rock as hard tough as granite to flow hydrocarbon.

THE ROLE OF ACID STIMULATIONS

Acidizing is a stimulation method where wells are treated by pumping acid downhole in order to dissolve pores into the rock and improve the flow of hydrocarbon. As with fracing, acidizing enlarges existing flow channels and opens new channels back into the wellbore.

In most of the primary shale plays being exploited today, the role of acidization has taken a back seat to hydraulic fracturing as far as stimulation goes. Acidizing is more effective in conventional formations such as limestone, dolomite and carbonate reservoirs.

A Fold in the Monterey Formation Where Acid Stim May Be A Productive Exercise; Photo Credit: Daily KOS

In plays where the shale formations are arranged in flat layers, a well design involving horizontal drilling plus hydraulic fracturing produces excellent results without much of a need for acid treatment. But in formations that are “folded” (crumpled into ripples by seismic forces), wells respond productively to acid pumped into the well. One such example is the Monterey Formation in California where seismic activity has rippled the formation. Here vertical wellbores stimulated with acid treatment produces good results.

A lot of technical terms are bandied about as it relates to fracing. Below is an explanation of several terms commonly used regarding hydraulic fracturing stimulation in unconventionals:

– Plug And Perf
One of the most common techniques used for completions today, plug and perf is a cased hole completion approach. It entails the placement (or pumping down) of a bridge plug and perforation (perf) gun to the desired stage in a well bore. Once the plug is set, the perf gun fires holes in the casing, penetrating the reservoir section between the set plugs. Then hydraulic fracturing takes place, and the frac fluid is pumped into this same section. The process is repeated for each stage, the downhole tools moving from the end of the wellbore back toward the beginning until all the stages have been fraced. Then the plugs are drilled or milled out.

– Sliding Sleeve & Open Hole Fracs
Sliding sleeve is a newer method than plug and perf and is designed to speed up multi-stage frac jobs. It is an open hole method where multiple stages can be fractured with a single pumping session. Sliding sleeve tools are permanently placed in open holes with mechanically actuated sleeves before perf. Then constant downhole pressure is used to reduce completion times by cutting out the “plug, perf, repeat” process.

– Slickwater Fracs
Slickwater fracs utilize extremely high volumes of water but minimize frac fluid chemical additives. The method has a long history but is making a resurgence now because its simple design is proven to produce more complex fracture networks in some formations. In this approach, a polyacrylamide friction reducer is combined with water to create the frac fluid. The slickening agents make the fluid less viscous and the water lighter. This approach does require higher pressures to obtain an effective frac and has been embraced in the Bakken.

Your turn… what’s next in stimulation technology? The industry is experimenting with integrated solutions, frac optimization, zipper fracs, dissolving frac plugs and mega-fracs. What emergent technologies or methods do you see that could be game changers in hydraulic fracturing?

Joseph Triepke is an energy finance professional with a decade of upstream experience. As an investor and analyst for institutions like Citadel, Guggenheim, and Jefferies, he developed proficiency in O&G research and analysis. Today, he is Managing Director at Oilpro.com where he oversees content created by the community and publishes his own research on oil services, equipment and drilling. Joseph earned a Bachelor’s of Business Administration in Finance from UT Austin with Honors in 2004 and currently resides with his wife in Dallas, TX. 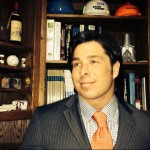 Joseph Triepke is an energy finance professional with a decade of upstream experience. As an investor and analyst for institutions like Citadel, Guggenheim, and Jefferies, he developed proficiency in O&G research and analysis. Today, he is Managing Director at Oilpro.com where he oversees content created by the community and publishes his own research on oil services, equipment and drilling. Joseph earned a Bachelor’s of Business Administration in Finance from UT Austin with Honors in 2004 and currently resides with his wife in Dallas, TX.
More from Joseph Triepke