What We Saw at APPEX 2013 in London, England

Question. Your E&P company holds highly prospective acreage and you’ve been assigned the task of finding a strategic partner to take things forward. Where do you start? How do you promote your asset to the international oil and gas community? Answer. You rehearse your pitch and you take it to APPEX.

For more than ten years now, the annual Prospect and Property Expo organised by the AAPG in London has brought together senior managers, business developers and new ventures teams for an unrivaled opportunity to network and conduct business with NOCs, governments, global E&P deal makers and decision makers. The forum, which is spread over three days and focuses on A&D developments in Europe, Africa, Asia, South America and Australasia, prides itself on being the premier international event for companies wishing to buy, sell and promote worldwide E&P deals, explore current and future trends in international business and discover and debate numerous upcoming prospects from around the globe. Over 700 delegates from more than 40 countries gathered to evaluate global upstream opportunities and listen to high-level keynote addresses, with over 90 exhibitors in attendance including a diversified International Pavillion.

Day One commenced with a keynote session on the challenges of shale gas exploration in Europe by Alex Herger (Director, International Exploration & New Ventures, Marathon Oil). Although Europe offers a clean energy calling, access to market, a commodity price significantly higher than the US and a desperate need for energy security to reduce dependence on Russian gas, Herger stated key challenges need to be addressed for the development of unconventional gas to become a game changer. Environmental concerns, high population density, extremely high costs, access to an abundant water supply, bureaucratic legislation, regulatory issues and access to land and minerals were all highlighted as major concerns. Above all, Herger stated that many realize time is needed for things to reach critical mass. Next up, the highly respected Peter Burri (President, Swiss Association of Energy Geoscientists, SASEG) gave an illuminating statistical analysis of the exploration revolution and its impact on global gas.

In the Global Deal Flow session, Joe Staffurth (Managing Director JSI Services) provided a comprehensive analysis of global offshore and onshore deals in recent years. He noted offshore deals followed the oil price up to 2007, but have flat-lined since. Only the shallow water has shown an increase over the last six months (UK & Australia). Deep water deals, however, have increased since 2007 and have picked-up in 2012, especially in Sub-Saharan Africa & the Far East. Onshore deals have followed the oil price up to 2011, but have not recovered since. There was a sharp fall observed in Europe, South America and Sub-Saharan Africa, despite a rise in the Far East. Staffurth also provided insight into what 2013 may offer on the A&D front assuming a stable oil price. Farm-in activity is expected to be erratic until the onshore is back in favour, drilling activity is likely to decrease along with drilling success, and unconventional deal making is likely to increase.

Yashodeep Deodhar (Managing Partner, Derrick Petroleum Services) concluded the session with a discussion on M&A trends and deal metrics, including an analysis of the top 20 global deals made in 2012. A total of US$254 billion was exchanged during the year and conventional assets contributed to 69% of the total global market. Corporate deals accounted for 58% of the total and market uncertainty is expected to prevail. A slowdown for 2013 is already evident. Although there is a robust supply of deals in play, Deodhar noted they are taking much longer to close. The remaining sessions for the day concentrated on exploration themes in Europe, Russia & FSU, with the Prospect Forum focusing primarily on European assets.

Day Two commenced with a highly informative Finance Forum and was followed by an unconventionals session. John McGoldrick (CEO, Dart Energy) stepped off a plane from Singapore to provide an overview of the unconventional revolution poised around the world and its future impact on world energy supply and demand. Dart holds a large acreage position in Europe (particularly the UK) and Asia (India, Indonesia & China), believing the two regions hold significant untapped unconventional gas resources. The company sees the UK shale play as the most exciting play outside of the US. McGoldrick spoke of the rest of the emerging world countries and regions (Europe & China), in addition to recent developments in unconventional gas in the UK, Poland, Germany and China. The big take-away point was that the unconventional resource potential is far greater than conventional reserves. James Edwards (President, Equinox Exploration Corporation) then gave a highly entertaining presentation on Australia’s unconventional resources. He noted that Australia’s unconventional revolution is only just beginning and that, again, time is needed to bring it to fruition. The remaining sessions for the day concentrated on exploration themes in Central Asia, with the Prospect Forum focusing primarily on assets in Asia, Australasia & Canada.

Day Three commenced with a South America & South Atlantic session. Anne Leonard (Regional Manager, Drillinginfo International) provided a comprehensive and illuminating talk on the E&P potential of Colombia for independents. The second and closing speaker session focused on exploration themes in Africa & Middle East, with Charles Gurdan (Managing Director, Menas Associates) highlighting changes to the MENA region’s business environment and the challenges facing E&P companies. Arguing the case that IOC portfolios were ripe for change before the Arab Spring, the impact of the revolutionary wave in different countries across the region was assessed. The upshot was that unless things improve, security costs will dramatically increase, Egypt and Tunisia will lose their previous attraction and Libya and Algeria will become the preserve of existing producers. The main Western herd will simply move to fresh pastures unless there is political stability, a perception that the security situation is improving, less resource nationalism and improved fiscal terms on par with new exploration hotspots. In short, the MENA countries need to attract rather than repel the Western IOCs. The Prospect Forum primarily focused on assets in South America & Africa.

The Conference Chair for APPEX 2013 was Mike Lakin (Managing Director, Envoi Ltd) and all aspects of the event once again flowed seamlessly under his stewardship. The dates for APPEX 2014 have been confirmed for 11-13 March 2014. It is also worth noting that after the highly successful inaugural event, AAPG Europe is hosting the second year of APPEX Regional in Istanbul, Turkey on 5-7 November 2013. The event will focus on A&D and E&P developments in Eastern Europe, the Black Sea & Caspian, Central Asia and the Eastern Mediterranean. If you are looking for serious insight into current and future trends in international business and discussion on global upstream opportunities, your presence at both events should not be in question.

Now it’s your turn. Were you in attendance at APPEX 2013? If so, what stood out to you most? If not, what major shifts do you see on the horizon for the international E&P sector? Please, leave your thoughts in the comments below.

Ian Blakeley is Vice President of Drillinginfo International’s Middle East & South Asia Region. He works with stakeholders on the ground to provide our subscribers the most accurate and timely international insights available in the industry. He has over 20 years of experience in Oil & Gas. Ian received his Bachelor of Science Joint Honours Degree in Geology and Geography from the University of Keele in the United Kingdom. 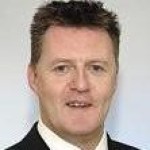 Ian Blakeley is Vice President of Drillinginfo International’s Middle East & South Asia Region. He works with stakeholders on the ground to provide our subscribers the most accurate and timely international insights available in the industry. He has over 20 years of experience in Oil & Gas. Ian received his Bachelor of Science Joint Honours Degree in Geology and Geography from the University of Keele in the United Kingdom.
More from Ian Blakeley