Westward Ho: Stretching the Boundaries of the Permian Basin

One message is being sent loud and clear by US E&Ps: shallow is king right now. Operators have had their eyes on the top and bottom lines of their balance sheets for quite some time now. Cost control is the name of the game as negotiated drilling costs fell dramatically from the 2014 peaks, mergers and acquisitions spiked as groups put blinders on to focus on their core assets, and optimizing treatment types and frac quantities continue to be at the forefront of our meetings and consulting projects. Current leasing and permitting booms in the Central Basin’s San Andres, the Arkoma-Woodford, and the Eaglebine’s Chalk/Buda firmly establish new levers that are prioritized to reduce capital costs, lower land acquisition costs and target shallower drilling locations.
For those in the Permian, the answer is easy to see. The basin fringe represents a savings of $125,000 to $240,000 per well in drilling costs alone with 1,000- to 2,000-foot shallower targets. Figure 1 hints at what these players are seeing as a promising area, with peak rates and well performance for the more than 1,000-foot-thick Wolfcamp B averaging much higher than that of other counties. With the average wells coming on at over 1,000 barrels of oil equivalent per day in the Wolfcamp B, these wells have outpaced the core counties by getting around 50% more in peak rates (Figure 1) and people are starting to take notice. Culberson County in West Texas has quietly become a focus area for new production and investments as established operators start to see more private equity-backed neighbors.

Culberson County at a Glance

In shallower fringe, costs saved are compounded by the reduction in casing and land acquisition cost compared to the saturated core areas. Figure 2 shows the relative open acreage surrounding some good production results, but it also shows interest in the area will be further intensifying as the yellow outlines to the southwest of the Culberson core is a public lease sale of current University Lands, drawing eyes further west to speculate how far west productivity could continue.

Perhaps even more eyes will be drawn to Culberson acreage as data rooms open on BHP’s divestiture of their US assets. Their acreage now sports a shiny new well, the HS State 113-22X15 1H, brought on in February at a tidy 60,000 Peak BOE (highest month of production in barrels of oil equivalent) and demonstrates a result necessary to make folks comfortable expanding south in the trend. Aside from large-scale public bidding, there is an outer boundary of some solid producers a good 1,000 feet shallower still. Scala provided a promising result west when they brought the Norman State 14 1 H on in January at about 46,000 Peak BOE. Three Rivers III extended the boundary southeast from there with their Wise West State 703WA coming on last October at 45,000 Peak BOE. These results ensure opportunity to move on open acreage outside of the established acreage blocks without paying an arm and a leg.

The Wolfcamp formation is between 3,000 to 5,500 feet thick throughout the active areas of the county, so breaking it into benches is very important. Earlier in the trend, large numbers of Bone Springs 2nd Sand wells were drilled, but today, 12 rigs are active in Culberson currently, and 11 are horizontal wells targeting the Wolfcamp. Historically we have seen twice as many Wolfcamp B than Wolfcamp A wells drilled there. It is important to note, geologists largely agree on where the Wolfcamp A starts, but in these areas picking the B and C differ from shop to shop. When looking at where these wells are landing in the zones, you can see a bimodal grouping with original Cimarex and Concho Wolfcamp B wells being completed at the base of the zone and the southern wells more recently moving higher in the zone (Figure 3).

Figure 3: Wolfcamp B wells show stronger results high in zone in Reeves County and lower in zone in Culberson, suggesting looking to maintain consistent pressure and temperature as the basin shallows in this gassy area. Bubbled by highest month of production (Peak BOE).

Figure 4 highlights the newer southern extension, starting in 2014 and drilling higher in the strat column, targeting gas-rich Wolfcamp A. Spatially, the western and southern boundaries show higher proppant loading within the more recent completions to mitigate fringe uncertainty. These spikes show up wells exceeding the 3,000-pounds-per-foot mark with Cimarex’s experiment with 4,800 pounds per foot coming in with a peak rate of over 52,000 BOE. While the active rigs in the county average 8,100-foot laterals, theirs are pushing larger 10,000-foot laterals. Looking through reports and industry talks, companies there routinely point to the importance of setting up in a less busy area than a congested core county in order to lease blocks big enough for long lateral completions. Cimarex’s investor relations group reports that their newer lower Wolfcamp completions average a 25% oil/45% gas/30% NGL (natural gas liquid) production mix. As they move up in zone to what they consider their upper Wolfcamp completions, they start to roll over to a more oil rich mix at 51% oil/28% gas/31% NGL. As they hug the bottom of the Wolfcamp A, their wells average about 700 feet higher than their Wolfcamp B wells.

As private equity and public companies alike pour money into the infrastructure, Culberson is becoming a haven for a new wave of exploration. Operators are investing as well; they aren’t shying away from spending on longer laterals and are steadily ramping proppant loading. Teamed up with events like the BHP divestiture, the University Lands sale, and the 2017 PDC bolt on acreage acquisition, Culberson is primed to expand its current footprint with operators and Wall Street alike. The trend of moving to revitalize shallower (Figure 5), less crowded (Figure 2) areas plays right into the hands of Permian fans looking for their next exploration effort and the message is that the western boundary of the basin is once again drawing investors in flocks!

Figure 5: Average vertical depth for Wolfcamp A and B wells grouped by county. Culberson’s A and B are both shallower than almost any other county in the Delaware.

Scott Iceton is the Manager of Technical Advisors at Drillinginfo. Since joining the company in 2011, Scott has worked with over 2,500 companies on Geosciences, Engineering, and Land workflows. He has been a part of technical support, sales, and training, and now works closely with clients and the products teams at Drillinginfo. Scott graduated from the University of Texas and earned his Petroleum Land Management certification from University of Houston - Downtown. 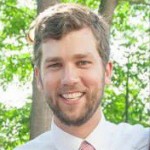 Scott Iceton is the Manager of Technical Advisors at Drillinginfo. Since joining the company in 2011, Scott has worked with over 2,500 companies on Geosciences, Engineering, and Land workflows. He has been a part of technical support, sales, and training, and now works closely with clients and the products teams at Drillinginfo. Scott graduated from the University of Texas and earned his Petroleum Land Management certification from University of Houston - Downtown.
More from SIceton