There Will Be Blood: Well Spacing & The Bakken Shale Oil Milkshake

The ongoing US shale oil boom has operators rewriting the field development playbook.

One question that has not yet been settled is how close you can space hydraulically fractured horizontal wellbores before they start to interfere with one another’s production.

600 foot wellbore spacing has become commonplace in field development, but many operators are also testing 300 foot spacing. This is important for several reasons, however one in particular stands out for those of us studying the evolution of shale oil plays.

If you can anticipate what wellbore spacing best practices the industry will ultimately adopt based on the interplay between well interference and total drilling locations, it’s much easier to determine the long-term productivity of plays like the Bakken, Eagle Ford and Marcellus.

Well Interference in the Bakken

To shed light on what spacing regime might win out, let’s leverage Drillinginfo’s comprehensive US production data.

We can compare production volumes in adjacent wells to see if we can find evidence of well interference.

First, we’ll filter the data down to pairs of wells based on three criteria:

The first two filters will help control variations in geology and completion practices between the well pairs. The last will ensure the first (primary) drilled well’s production isn’t impacted by the second (secondary) drilled well.

We’ll narrow our scope to the Bakken because it has significant production history, with extensive unconventional development beginning in 2004.

For each well pair, we’ll calculate the ratio of six month total production between the secondary and primary wells and plot the median ratio as a function of wellbore distance.

For each pair, the secondary well begins production at least six months after the primary. To keep an eye on the data set size I colored the distance intervals by the number of data points in each interval.

If well interference is occurring, we expect the secondary well to produce less than the primary well over the same period, resulting in a production ratio less than 100%.

As you can see, the chart suggests well interference occurs when you space your wellbores less than roughly 2000 feet apart. For tightly spaced wells, the secondary wells are only producing about 85% as much as the primary wells.

At greater than 2000 foot spacing, the secondary wells consistently out-produce the primary wells. You would intuitively expect this to happen in the absence of well interference. All things being equal, an operator with six more months of unconventional drilling experience is generally going to drill more productive wells.

Now that we see the behavior at six months, let’s extend the time frame to look at the longer term implications. We will compare 12 month total production for well pairs drilled at least 12 months apart. Here you see the same trends as with 6 months, but they are more pronounced.

Finally, let’s take an even longer view and look at 24 month total production for wells drilled at least 24 months apart. The size of the dataset becomes more of an issue because of the filtering criteria, but we see the same trends as before. And this time they are even more apparent. At the tightest spacing, secondary wells only produce about 60% of the amount primary wells produce.

Admittedly, to make more quantitative rather than qualitative conclusions, we would need a larger body of data. But waiting around for beautiful datasets to appear is a luxury we do not have in this industry. So we are left with three conclusions:

The 300 foot to 600 foot spacing regime operators are implementing in the Bakken is also commonly observed in the other major shale plays, such as the Eagle Ford and Marcellus. If the Bakken is any indication, most shale oil wells are or will be subject to significant well to well interference. But if the rates of return are high enough, it can make perfect sense for operators to sacrifice individual well productivity in the name of maximizing the total amount and rate at which an area produces.

All of this leaves us with one key takeaway people making decisions in the boardroom and out in the patch must remember. If you want to accurately estimate your well’s production type curve, you can’t forget to account for interference based on your spacing strategy.

What do you think? Is it worth the per-well productivity hit to minimize well spacing and maximize total drilling locations? How do you feel tighter well spacing will affect the overall productivity and decline of the shale oil plays around the country? Please leave your thoughts in the comments below. 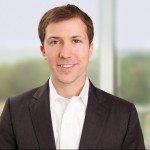