Unconventional oil and natural gas production from shale has transformed North America’s energy outlook. Because of this, news headlines are filled with stories about the critical economic benefits the shale energy boom is providing the U.S.

Although a significant amount of attention is currently being placed on the unconventional development of natural resources, the upside potential in the redevelopment of mature oil and gas fields is oftentimes overlooked.

Many mature fields have been abandoned while producing at commercial rates. Furthermore, less than 50 percent of recoverable oil is generally produced during the initial development phase of many conventional oil and natural gas fields.

Experience dictates the redevelopment of these fields to be low risk due to its low initial costs and increased likelihood of payout, even with below average cumulative recovery.

Based on our extensive experience in central Oklahoma, GeoComp Energy has sufficient data to compare the economics of a Mississippian Lime Play prospect with a conventional, mature redevelopment project.

The Mississippian Lime extends from Kansas through northeastern Oklahoma, maintains roughly a 6,000 foot depth and has lower well costs compared to other popular formations such as the Bakken or the Eagle Ford.

To effectively compare the economics of a Mississippian Lime prospect to those of a mature field redevelopment project, we analyzed decline curves from new Mississippian wells and from vertical infill wells drilled in mature fields throughout Oklahoma.

The geographic location of the data sets, as well as the reduced capital expenditures of the two fields provided a more ideal framework for such an analysis. For the purposes of this evaluation, we established the following parameters to determine the costs and profitability of the two prospects:

As you can see, the mature field redevelopment prospect requires only about 1/4th of the initial capital necessary to develop the Mississippian Lime play project.

However, the Mississippian prospect produces roughly 50 percent more hydrocarbons over an eight year period. Because of this, the projected net value of the Mississippian project after 8 years of production reaches an impressive $40 million, whereas the estimated worth of the mature field redevelopment prospect is $25 million.

Although the scale may not attract a great deal of attention from media avenues, mature field redevelopment projects typically offer a higher ROI ratio compared to unconventional oil and natural gas prospects.

What do you think? Should more companies focus their resources on redeveloping old fields, instead of chasing headlines and unconventional plays? Please leave your thoughts in the comments below.

Jeff Welber is a self-employed Petroleum Engineer. Jeff graduated with honors from the University of Texas with a Bachelors of Science in Petroleum Engineering and a minor in Economics. Jeff is an avid sports fan, self proclaimed grillmaster and Texas Longhorn with New England roots. 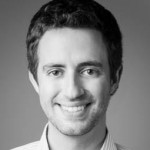 Jeff Welber is a self-employed Petroleum Engineer. Jeff graduated with honors from the University of Texas with a Bachelors of Science in Petroleum Engineering and a minor in Economics. Jeff is an avid sports fan, self proclaimed grillmaster and Texas Longhorn with New England roots.
More from Jeff Welber