Three Lessons We Can Learn from J. Paul Getty’s Success

Emerging from deep shadows, a solemn individual wearing a frayed shirt props up a worn textbook with grimy fingers. The subject of this painting by Jusepe de Ribera is Euclid, the prominent mathematician from antiquity. Here, the artist portrays the dignity of a life devoted to intellectual, rather than material pursuits, despite the hardships that may ensue on such a path.

Euclid is housed at the J. Paul Getty Museum, a priceless collection of some of the most incredible works of art in the world.

This painting stands in stark contrast to the collection’s patriarch, J. Paul Getty, founder of Getty Oil and one of the wealthiest industrialists in history. There are eerie parallels today to the environment in which Mr. Getty built his vast empire in the early 20th century – oil companies were going out of business left and right, new technologies were disrupting entrenched business models, and the breakup of Standard Oil’s grip on energy markets opened up new pathways for entrepreneurs. Here are three lessons from J. Paul Getty’s life that we can meditate on and apply today.

J. PAUL GETTY LESSON #1 – DO WHAT THE EXPERTS SAY NOT TO DO

In 1914, Getty received a business loan from his father, a lawyer who went into oil in Oklahoma in the early 1900s. With the money, Getty started his own business and bought oil leases in the “red-beds” area of Oklahoma in hopes of striking oil despite low odds of success: “The surface was red dirt and it was considered impossible [to imagine] there was any oil there. My father and I did not agree and we got many leases for very little money which later turned out to be rich leases.” Getty’s contrarian approach worked – just one year after graduating from university, he had already made his first million. He laid the foundation for most of his vast fortune during the Great Depression by purchasing struggling oil-based companies. “In the Depression I did what the experts said one should not do. I was a very big buyer of oil company stocks.”

The small players that are making big bets today will be the ones dominating and shaping the landscape in the not-too-distant future. The biggest bet that Getty made was the one that catapulted him to billionaire status – a 60-year concession for access to a tract of land between Saudi Arabia and Kuwait, known as the Neutral Zone. Despite the fact that no oil had been discovered in this barren tract, Getty paid King Saud an initial cash outlay of $9.5 million, in addition to $1 million per year, regardless of whether oil was discovered. Thirty million dollars and four years later, Getty struck oil in the area, producing more than 16 million barrels of oil per year, propelling Getty into the billionaire club.

J. PAUL GETTY LESSON #2 – BE A MISER WHEN TIMES ARE GOOD

“The meek shall inherit the earth, but not its mineral rights.” J. Paul Getty (Image Source)

In 1957, Fortune magazine named J. Paul Getty the wealthiest American and sole billionaire from the United States. Despite being so rich, Getty was famously frugal – the small portion of his fortune that was cash was strictly budgeted by his accountants, and he rarely carried more than $25 in his pocket. A much talked about feature in his Sutton Place residence in Britain was the pay telephone booth that Getty installed so that guests would no longer make long distance phone calls on his dime.

J. PAUL GETTY LESSON #3 – THE HARDER YOU WORK, THE LUCKIER YOU GET

Getty humbly credited his global oil empire largely to luck and timing: “In building a large fortune, he once said, it pays to be born at the right time. I was born at a very favorable time. If I had been born earlier or later, I would have missed the great business opportunities that existed in World War I and later.”

However, Getty’s success was not simply the result of timing and chance, nor was it a mere ride on the coat tails of his father’s own success. In fact, Getty’s father was so distressed and shocked by his son’s personal choices, including retiring to Los Angeles at the age of 25 to become a playboy, as well as a succession of five marriages and equally numbered divorces, that he left Getty a mere $500,000 in inheritance from an estate that totaled $10 million. While not an insignificant sum to inherit, Getty’s much larger fortune was mostly self-made, and the result of multiplying a relatively modest amount of initial capital through patience, shrewdness, and hard work.

Wealth, for Getty, was merely a byproduct of his “first love” – business, according to one of his former wives. Indeed, Getty was the ultimate workaholic and would happily power through 18-hour days. “I can’t remember a single day of vacation in the last 45 years that was not somehow interrupted by a cable, telegram or telephone call that made me tend to business for at least a few hours,” Getty wrote. His all-consuming passion for his work gave him a distinct edge over his competitors, driving him to study geology, multiple languages, and other seemingly tangential subjects that lent him a rich understanding of the science, cultures, and markets that affected his businesses. Getty’s passion fueled curiosity, which then fueled the deep knowledge he assimilated, ultimately grounding him in his convictions on big, risky bets when the rest of the world was looking in another direction.

The age in which Getty lived and prospered was one marked by scientific advancement and the spread of knowledge, serving as fertile ground for his natural curiosities. Similarly, the world that Spanish artist Jusepe de Ribera conjures in Euclid was rapidly becoming more logic-driven and quantifiable through advancements in mathematical theory. Despite the tattered clothing and worn book covers depicted in Ribera’s painting, the geometric lines and characters on the page are illuminated and resonate with eternal lessons for ages to follow. At the heart of it, maybe Mr. Getty had much more in common with a philosopher in rags, after all.

Nikki Sein is a Product Marketing Manager for Drillinginfo. She is responsible for go-to-market strategy, sales enablement, and the creation of customer facing materials for several products across the Drillinginfo portfolio. Nikki has deep expertise in B2B data space, playing a critical role in dozens of feature and product launches. Nikki holds BS & BA degrees from UC San Diego and an MBA from the University of Texas McCombs School of Business. 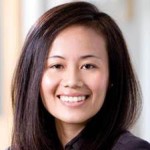 Nikki Sein is a Product Marketing Manager for Drillinginfo. She is responsible for go-to-market strategy, sales enablement, and the creation of customer facing materials for several products across the Drillinginfo portfolio. Nikki has deep expertise in B2B data space, playing a critical role in dozens of feature and product launches. Nikki holds BS & BA degrees from UC San Diego and an MBA from the University of Texas McCombs School of Business.
More from NSein