The shale gas revolution has allowed the State of Texas – and our nation – to achieve a level of unprecedented energy independence. With the expansion of liquefied natural gas (LNG) exports – an abundant and clean energy resource, our country stands to achieve substantial economic opportunities, while more than meeting our need for energy both at home and abroad.

LNG, the same natural gas used by more than 65 million Americans to heat their homes this winter, is natural gas converted to a liquid state in order to be safely and efficiently transported. LNG facilities, have been operated safely for more than 50 years, with an environmentally- and economically-sound record that remains the envy of other transporters of petroleum products.

In the early months of 2013, ICF International, a global professional services firm, conducted a nonpartisan study to determine the economic impact of LNG on our nation’s economy and its effect in driving economic development in exporting communities. ICF’s study revealed that the LNG export industry could bring up to 155,000 jobs to the State of Texas by 2035, injecting tens of billions of
dollars into our economy while enhancing the local tax base that funds schools, parks and other valuable public works and services in our communities.

But LNG export terminals are long-term ventures requiring significant capital investments. In recent years, only five LNG export facilities have been approved or commenced the pre-filing process with the Federal Energy Regulatory Commission (FERC), representing a combined capital investment that could exceed $40 billion. Clearly, this is a great opportunity for Texas.

Not only are LNG export facilities poised to drive economic development in Texas communities, they will also advance U.S. national security interests by providing clean, safe energy to our allies abroad.

Throughout the world, many of America’s allies are at the mercy of countries hostile to our interests to provide the energy needed to drive their economies. Exporting a small percentage of America’s vast supply of natural gas will not only narrow our trade deficit by billions of dollars and help our allies meet their need for clean energy and reduce their dependence on nations that do not share our values.

Because of technological and industrial advances in the energy sector, the United States, with the help of the State of Texas, possesses enough natural gas to meet domestic demands in addition to the needs of the global market. Exporting a portion of our excess supply in the form of LNG will help U.S. allies combat energy challenges and diversify their energy resources, yielding a positive impact on our nation’s economy, international relationships and trade balance. By exporting LNG, the State of Texas has the opportunity to become the global hub for providing a source of clean, safe and reliable energy.

Oil and gas exploration is one of Texas’ most established and valued industries, and the Lone Star State still stands to benefit from further diversifying its energy production.
While LNG export is a new industry in the State of Texas, it represents a clean, safe energy resource for future generations. Expanding LNG exports will not only significantly increase energy output; it will bring billions of dollars of capital investment to our state, create thousands of jobs and yield millions of dollars in tax revenue while advancing our national security interests and providing opportunity and to Texas communities.

There is much to be gained from expanding LNG exports in the State of Texas. We have a unique opportunity to positively contribute to the economic development of our state, and it’s an opportunity we simply don’t want to miss.

Ron Kirk is the former Mayor of Dallas and U.S. Trade Representative. He is the Chairman of Texans for LNG, an educational campaign to raise public awareness about the value of liquefied natural gas (LNG) export facilities in Texas. 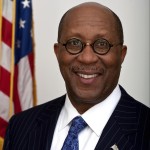 Ron Kirk is the former Mayor of Dallas and U.S. Trade Representative. He is the Chairman of Texans for LNG, an educational campaign to raise public awareness about the value of liquefied natural gas (LNG) export facilities in Texas.
More from RKirk