Building on Drillinginfo posts about Enhanced Oil Recovery (EOR) earlier this year in these times of low commodity prices, I wanted to touch on the subject of EOR affordability and access for the operators who manage the hundreds of thousands of underappreciated stripper wells across the US.

The National Stripper Well Association (NWSA) states that there are an estimated 771,000 marginal wells in production. Combined they make up 11.3% of the US oil production and 8.3% of the US gas production. These wells are described as marginal because they are marginally economic to produce. The NWSA website states that in that last 10 years, over 131,000 of these oil wells and 48,000 gas wells have been plugged and abandoned. Many of these wells are plugged without ever having undergone waterfloods or tertiary production so they are being abandoned with a significant % of the original oil still in place.

With the recent drastic reduction in oil prices, some operators of these marginal wells are laying off, cutting back and shutting in wells in an attempt to just break even, while others are doing the bare minimum to maintain mineral rights. Few of them are focused on technologies which can economically extend the lives of their fields because to date, the cost of stepping up to field wide water, CO2 or nitrogen floods is too cost prohibitive. Other than periodic mini-fracs, hot oiling or paraffin treatments, not much is done to these wells to increase production rates. The day-to-day focus is on reducing repair and maintenance expenses.

When you look at shallow stripper wells, what is holding them back from continued profitability is primarily what I call the three P’s –  Pressure, Permeability and Paraffin. As these fields are produced, the wells undergo severe pressure depletion and a corresponding reduction in production rates. With the amount of thermal energy entering the wellbore drops with production rates. Wells get to the point where oil crosses its cloud point threshold and paraffin crystals start to precipitate when the oil moves from the pore space to the open wellbore. If a well’s flowrate is high enough, the continued thermal mass of the oil entering the wellbore can keep the paraffin in solution so that the buildup on the wellbore walls is minimal. As flow rates decrease, the paraffin will create thick deposits in the wellbore which further inhibits the flow of oil. Figure 1 below illustrates how thick some of the paraffin deposits can be.

What can operators do to try to mitigate the paraffin and pressure issues? Many of them resort to mini-fracs which temporarily exposes virgin rock and increases the effective permeability of the surrounding rock. These mini-fracs enhance production rates for a time, but eventually the frac’d intervals fill with paraffin and actually become flow barriers. Operators will also resort to pouring barrels of harsh, paraffin solvents downhole like xylene, mineral spirits. Some will try paraffin-eating bacteria into their wellbores in an effort to clean them up. The problem with these liquid treatments is that either the liquid drops to the bottom of the well and only treats the bottom-most zone or you have to use enough treatment liquid to create a column of fluid which covers the entire productive interval. The result is either a treatment that is ineffective or cost prohibitive. Hot oiling is another technique that is used to clean these wells but it again doesn’t address the root of the problem which is that the oil is crossing the pressure and temperature threshold required to keep it above its cloud point. What permeability that you have in these wells is of little benefit if the near wellbore is coated in a thick layer of wax with little pressure behind it to push the oil into the wellbore for collection.

Until recently, there hasn’t been a service offering which addresses the 3 P’s of stripper wells without breaking the bank. Approximately 5 years ago a small Houston-based company designed and built a mobile platform that was able to generate a hot, CO2/N2 mixture. They then took things one step further and worked with a vendor to develop a plant based solvent/surfactant product that could be put into a vapor state with the heat from their gas generator. The combined gas/bio-solvent vapor is then used to clean wellbores, re-energize the reservoir pressure and inhibit paraffin precipitation in a single treatment. In a cleaning phase, the hot gas/solvent mixture is used to liquefy the existing paraffin deposits gas lift the liquid wax to the surface. Scale, rust, sand and other debris can be cleaned out of the rathole so that pumps can be safely set deeper. Think of this cleaning process as hot oiling without the oil or steam cleaning without the steam.

After an initial deep cleaning phase with the pump and rods out of the well, each subsequent treatment is performed by pulling a truck up to the wellhead and connecting to a casing wing valve. The hot, gas/solvent vapor mixture is then pumped down the annulus and into the reservoir with the pump in place. Rig up/rig downtime is just 10 minutes per well. Treatments can be completed in just 2-3 hours with the production enhancement effect usually lasting for multiple months. By placing the plant based solvent into a vapor state, the volume of treatment fluid is dramatically reduced, injection pressures are significantly lower than with liquid squeezes and the solvent vapor is able to touch the entire interior of the wellbore one its way into the pore space. The truck mounted units are also able to generate high-temperature steam simultaneously with their CO2/N2 gas if dealing with heavier oil. Figure 2 below shows one of these units on a well site in Pennsylvania. Unlike most EOR treatments, no pipelines, fixed plants or pumping stations are required. The units are able to access wells in remote areas without spending millions on infrastructure.

Figure 3 shows liquefied paraffin being gas-lifted to the surface on a 1650ft deep well.  A significant volume of wax came to the surface as can be seen in the adjacent frac tank photo. The service company was able to monitor the production tubing temperature to ensure that the entire well and tubulars was above the melting point of the heaviest paraffins. Unlike Hot Oil treatments where you flash off valuable oil if it is heated to high, this process is able to deliver the inexpensive gas to the well at 350F or more if needed. The units themselves can run up to 1200F but most tubing packing rubber needs to be kept below 400F. The bio-solvent used in this process also addresses asphaltene deposits unlike hot oiling which just addresses paraffin issues.

Figure 4 shows a production chart for a group of 9 wells spread across 3 fields in Pennsylvania. You can see that the 5 Venango county wells responded the best and that the average production rate is leveling off after 3 months at a rate that is about double the pre-treatment average. The Forrest data is from a single newer well that didn’t take much gas volume and wasn’t cleaned prior to treating. The Warren wells were so paraffin choked that the service company was unable to obtain circulation with their gas mixture. Wells in that field have subsequently been worked over with a high-pressure cleaning tool which was able to remove the paraffin plugs and prepare the wells for future gas/solvent treatments.

In a field wide treatment program, the re-treatment economics would be determined and an appropriate program setup. A single truck can treat approximately 60 wells per month. One thing to keep in mind is that these Pennsylvania wells were not big producers to start with. They actually represent the bottom end of wells that would benefit from the treatment. Wells with significant skin damage but decent reservoir pressure would typically show better economics as would wells that had higher, virgin production rates. Wells that had high initial production rates, usually respond with higher post-treatment rates. An eastern operator who piloted this process in it’s early days, ended up using two of these treatment units for the last 4 years.

Why is this process cost effective for the stripper wells of the world? First, with a gas generating plant on the back of a truck, you have a mobile solution and no need to install any infrastructure other than a valve on your casing. Second, the process is thermally efficient. The air that is converted to the CO2/N2 mixture doesn’t have to be transported, re-gassified, cooled before compression or treated in any way. The heat generated in the conversion process is used as a benefit in liquefying paraffin, vapor phasing the bio-solvent and accelerating the breakdown of flow inhibiting materials. The heat can also be used to destroy H2S generating bacteria colonies that are commonly found in old wells. While the cost per barrel of the plant based solvent is higher than traditional solvents like Xylene, by using the vapor phasing technique, the solvent can be more efficiently delivered to the wellbore and pore space reducing chemical volumes by up to 80%.

From a reservoir perspective, small blips in reservoir pressure that decline over a couple of months, have less chance of causing fractures or out of zone migration issues than a full field re-pressurization. The oxygen content of the gas mixture can be driven down to as low as .02% so there is no chance of ignition. The mixture has actually been used for Nitrogen blankets for large storage tanks and hot work.

When you look at the chemical side of the equation, an all-natural product is being used that biodegrades within 90 days and doesn’t need to be recovered in the field or at the refinery.  Traditional oilfield solvents are not nearly as benign.

While this process has been used in a huff and puff application for years, I feel that there may be significant upside in using a random, inject and hold technique where a well is treated and then shut in for a month before being put back on production. Each month you would pick a different set of injectors and producers. This approach would constantly change the downhole pressure dynamics and oil flow paths which should result in higher recovery factors. It should largely eliminate thief zones and large volumes of bypassed reserves.

With the mobility that a truck mounted, gas injection platform provides, you can afford to change up injection patterns on a monthly basis because you aren’t having to run CO2, N2 or water distribution lines to every single well in the field and manage an infinite number of injection/production scenarios with plumbing hardware and valves. The truck just drives a defined route each month which the operator can modify at will based on production results, casing pressure readings, ect.  Many of these shallow, marginal fields have had little reservoir work applied. By just monitoring post treatment pressure responses at offset wells, you should be able to quickly understand which wells are in communication and to what degree which will assist with refining your treatment program.

While most operators are looking to shed marginal assets, I feel that there are technologies like radial drilling, mobile, huff and puff, nano-fluids, ect that can completely turn around the economics of these fields. With so many of these wells having been P&A’d with significant oil still in place, we might use this lull in the industry to re-focus on the low cost, low risk, marginal assets that have been overlooked for so many years. 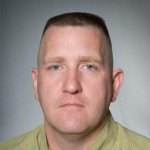