STEMFORCE: Building the Next Generation of Geoscientists

The ever-growing age gap within the oil and gas industry workforce is a phenomenon that companies are all too aware of. It is projected that within five to seven years, roughly 50 percent of the industry’s workforce will be retired. STEMFORCE, funded in part by Drillinginfo and founded by the organization GeoFORCE Texas, is a new program that aims to encourage students to pursue careers in the geosciences by exposing high school students to geologic fieldwork.

Last week I took our first STEMFORCE cohort of 36 students from the Dallas and Austin areas to Florida to learn about river and coastal processes. For many of these students, this was their very first time on an airplane as well their first time travelling to another state. Over the first two days of the trip I could tell that many students were having trouble grasping the “big idea” concepts of geology, such as the processes that change the Earth’s surface. Once we were out in the field however, and the students were able to physically see modern beach processes occurring on the Florida coast, I began to see my students having “Aha!” moments as they connected the dots. Showing the students how the Earth’s surface is constantly changing and how these processes are reflected in the rock record is fundamental to their understanding of the foundations of geology.

On one morning of the Florida trip, we took the students out on a glass-bottom boat to look at a live coral reef. Later in the day we looked at a fossilized coral reef, which was preserved about 125,000 years ago. The students were able to compare the living structures seen in the ocean to the fossils found in nearby limestone and truly understand one of the fundamental laws of geology: “The present is the key to the past.” Each field stop of the STEMFORCE trip was essential to the students’ understanding of past environments and how geologists can use what they see in the rock record to draw conclusions and make predictions.

Over this six-day field course the students expanded not only their knowledge of the geosciences but also their ability to work within a team. At each beach stop I watched as they learned to collaborate with each other, divide up work and delegate roles so they could finish each assignment on time. These beach profiling activities forced students to think like scientists by making observations, and, as the National Academy of Sciences states, by “using evidence to construct testable explanations and predictions of natural phenomena.” Having the students perform the same type of field work and record the same type of observations that geologists might do is another important way we are able to expose students to careers in the geosciences.

The other achievements I observed on the trip were the students’ development of active listening skills, better study habits and time management. Many of the students who started out the course furiously writing down everything that was written on presentation slides, adapted to the college-style lectures and learned to focus on really understanding what the instructor was saying and only writing down the pertinent information. The students also tremendously improved their ability to read and to study the STEMFORCE guidebook so that they were more prepared for each field stop, lecture and quiz. One of the biggest goals of the program is to prepare students with important life skills and qualities needed to succeed in college and in careers, and I firmly believe these students are well on their way to meeting this goal. The skills these students learned during our week out in the field are not ones that are generally taught in school but are skills that are necessary to have a successful career in the STEM field.

Exposing high school students to fieldwork and introducing them to a variety of different careers within the STEM field is helping them make more informed decisions about which career path they should take. The students recruited into the STEMFORCE program already have an affinity towards the sciences, but we help expose them to a deeper understanding of the world by doing hands-on geology fieldwork. This type of exposure will help them develop a better perspective of Earth systems as they pursue careers in either the geosciences or other branches of the STEM field.

Pending funding for a second trip next summer, these 36 students will be travelling to Arizona and Utah to learn about sedimentary rocks more thoroughly. If the progress I saw these students make over one week is any indication of their future potential, we should expect to see many of these well-prepared students filling in the oil industry’s workforce gap in fewer than 10 years.

Bridget Haby is a Coordinator for GeoFORCE, a highschool outreach program in the Jackson School of Geosciences at UT Austin. She graduated from the University of Texas at Austin from the Jackson School of Geosciences with a BS in Geology. Before joining GeoFORCE, Bridget worked for Advise TX as a College Adviser at East Central HS in San Antonio, where she assisted students throughout the college application process. 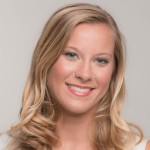 Bridget Haby is a Coordinator for GeoFORCE, a highschool outreach program in the Jackson School of Geosciences at UT Austin. She graduated from the University of Texas at Austin from the Jackson School of Geosciences with a BS in Geology. Before joining GeoFORCE, Bridget worked for Advise TX as a College Adviser at East Central HS in San Antonio, where she assisted students throughout the college application process.
More from BHAby