Southeast Asia Crude: Will the Kra Canal Ease the Flow?

By the end of 2013 around 17% of the world’s daily oil production was transported through the Strait of Malacca each day. Most comes from the Middle East and is transported to China, Japan, and South Korea. For centuries, it has been the primary maritime trade route between the Indian and Pacific Oceans. Not surprisingly, this key strategic and economic route has contributed greatly to the fortunes of Malaysia and Singapore. Even less surprisingly, others in the world have long looked for a way to move the primary trade routes and the benefits to their own countries.

So, how about in 2015? Last month, media reports around East Asia began speculating about the future of the Kra Canal after stories came out about an agreement between the China-Thailand Kra Infrastructure Investment Development and Asia Union Group such as this one in the Straits Times. Within a couple of days, both the Thai and Chinese governments denied the reports, saying they had no ties with either group. The fact that both governments felt the need to weigh in on the story so quickly highlights how important of a topic this is for the region.

The idea of building a canal through the thin southern end of Thailand has been discussed since at least the late 17th century. According to the Thai Chinese Cultural & Economic Association, Britain asked for permission to construct the canal through the Kra Isthmus around 1858, but the idea was considered by French engineers back in the 1600’s. 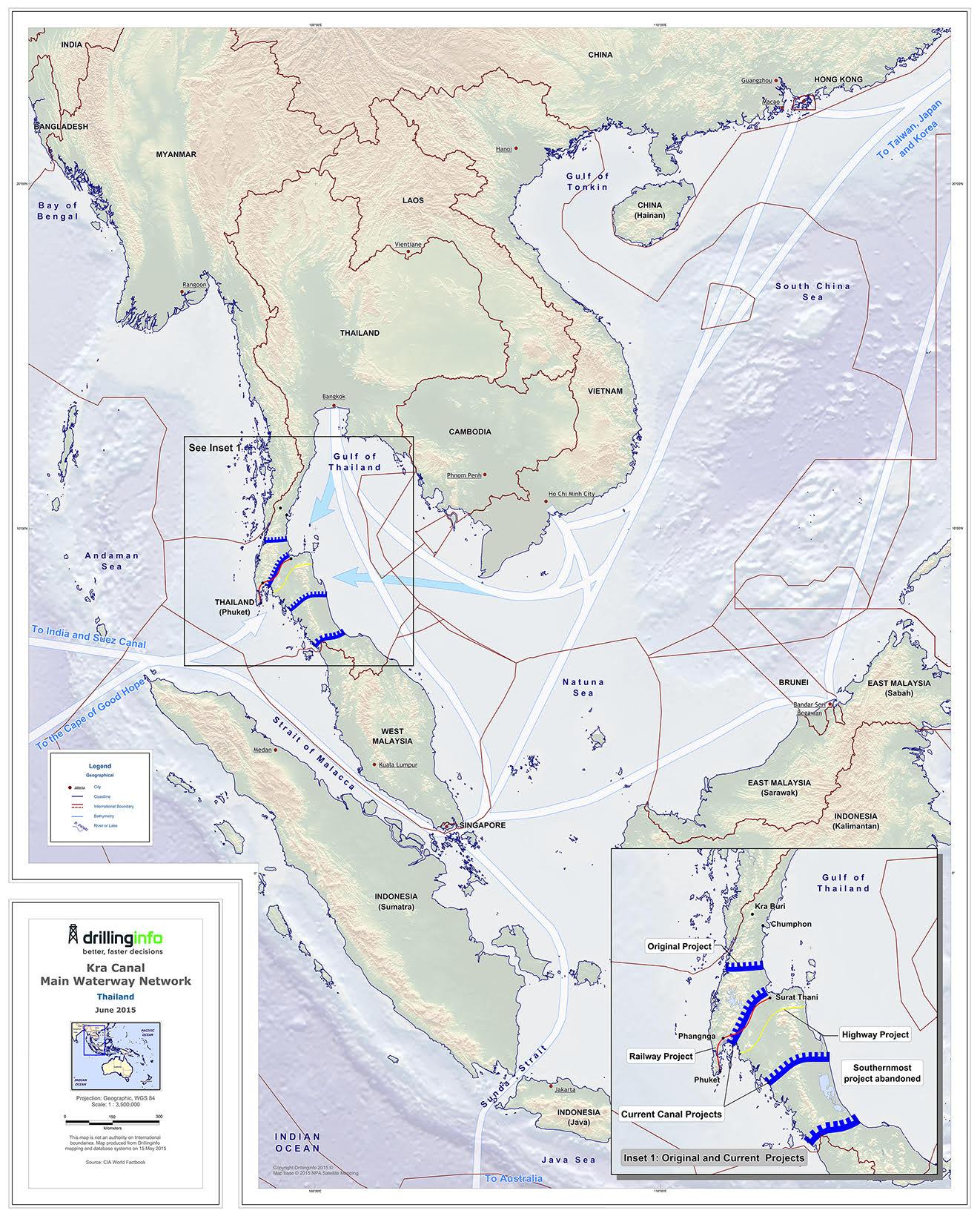 However, after a few hundred years of discussion, it still seems unlikely that a project of this magnitude would start any time soon. DrillingInfo’s Southeast Asia Region Manager in Singapore, Shankar Krishnan, believes that the high cost of the project will keep it from moving forward. Additionally, the Singapore government believes that the recent Chinese involvement is untrue.

“The plan for the project would be to see costs recovered within 30 years but that has been deemed impossible due to the exorbitant build cost but, then again, the Chinese government has funded large projects in the past.

As for the South Koreans, the project would mean a definitive cut in the time taken for gas to be shipped from Myanmar to South Korea but there is no confirmation of their involvement. Currently, Korean operated (Daewoo) offshore gas production is being piped to China via a 660km pipeline all the way to the Chinese border cutting across Myanmar. Of course as of the end of May 2015, POSCO, which owns 60.31% of Daewoo is contemplating selling off Daewoo International’s resource businesses which adds more to this saga.”

Of course, there are obvious long-term economic and strategic benefits to Thailand. On top of the amount of money brought into the region to facilitate construction, the country would be able to generate revenue in many of the same ways as other canals such as toll fees, ship and port servicing, and tariffs. A study by Japan’s Global Infrastructure Fund estimated the canal would cost at least $20 billion USD to build and would support a trade route that transports hundreds of billions worth of goods per year through the region.

At the same time, Chester Chua, DI’s North Asia Region Manager, points out that, “with the new Chinese initiative of the Asian Infrastructure Investment Bank and ‘The Belt Road Initiative’ by the Chinese President, the project could happen.” The Chinese oil companies seem to be working on alternatives already such as the Chinese-Myanmar Pipeline Project, which provides a different avenue for transporting crude oil and natural gas across the region. There are other recent precedents for Chinese private industry to drive such a large project, including the Nicaraguan Canal led by the Hong Kong Nicaragua Canal Development Group. As our Chinese partner, JB Duan of ESSCA, confidently told me, “I do not know if they actually plan to build the canal but if China wants to build it, we will. We can build anything we decide to.”

All in all, between the mixed messages, the many years required for construction, the centuries of discussion that have passed so far, and all of the parties involved, it hard to believe that we will see any major changes in the flow of oil through the Strait of Malacca anytime soon. But when this much money and power are at stake, never rule anything out.

Corey Rhoden is the General Manager of Drillinginfo International. He leads our efforts in all regions outside of the United States with a strategic focus on sales, products and operational strategies and execution. Corey was previously Chief Operating Officer of HPDI and became our Senior Vice President of Product Management when Drillinginfo acquired the company in 2009. 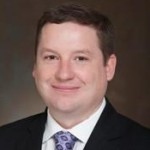 Corey Rhoden is the General Manager of Drillinginfo International. He leads our efforts in all regions outside of the United States with a strategic focus on sales, products and operational strategies and execution. Corey was previously Chief Operating Officer of HPDI and became our Senior Vice President of Product Management when Drillinginfo acquired the company in 2009.
More from Corey Rhoden