The Future of South American LNG and Gas Infrastructure

Recently, we were able to analyze the 2016 status report from The International Group of Liquefied Natural Gas Importers (GIIGNL) regarding the advances of the industry of Liquified Natural Gas (LNG) at the global level. Here are some facts, reflections and an analysis of the impact in the gas equation of the Southern Cone.

To start, we can confirm that the future of natural gas is intimately tied to the objectives and terms of Paris’ COOP over climate change. It is not possible to get close to the objectives set without increasing the use of natural gas to replace coal in the generation of electric energy, petroleum and its derivatives in the transport segment, and elsewhere where LNG and the Mini LNG can play a predominant role.

LNG is becoming more relevant in the supply and demand of natural gas at a global level. At the end of 2015, 34 countries imported purchased LNG compared to 15 countries in 2005. The demand for LNG increased to 2.5% in 2015 compared to 2014, even with the reduced demand in the global economy.

Why is LNG preferred over pipeline gas? First, the costs involved with liquefying, storing and regasifying are being reduced significantly and made more modular (Mini LNG). Secondly, because it’s an abundant source. Third, because more transactions are done on in the spot market and no longer require long-term contracts as a sole option. Almost 30% of the global LNG transactions are completed in the spot market and short term, and it’s turning the product into a commodity.

Contracting LNG on the spot market or short term (though there may be higher pricing available depending on the supply and demand) helps buyers avoid dealing with tedious clauses buying in “take or pay” contracts, that can facilitate the electrical business in particular. Flexible gas is the industry name for this type of natural gas.

Additionally, in South America, LNG complements the generation of hydroelectric very well, and larger importations can be quickly made available if there is not sufficient rain. At various times you will notice countries are importing or will start importing more LNG such as Brazil, Chile, Argentina, Colombia, and Uruguay.

It is interesting to note that in the countries that are just starting to develop LNG prefer the Floating Storage Regasification Units (FSRU) more than previously developed countries. These are ships that receive, store, and regasify the natural gas and can be transported and used in other places, leaving behind fixed installations. I am sure that it has something to do with the security jurisdiction of the countries. Brazil has 3, Argentina 2, Colombia 1, Uruguay will have 1. Meanwhile, Chile has two existing terminals on land but the third that is being studied in the south is an FSRU.

On the demand side, we have the debut of the first project of Floating LNG in Australia. It’s without a doubt a technological breakthrough for a ship to produce gas, to liquefy it, to store it, and to permit it being transported off the ship to other ships of LNG. There are two more in construction, and certainly there will be more projects in the years to come.

With 5 new land-based liquefaction projects entering in production between 2016 and 2018 along with abundant shale gas, the USA will position themselves ahead of Qatar as the largest producer of flexible LNG in the world and will increase demand in the basins of the Atlantic and Pacific. By 2019, USA will have 9.6 billion cubic feet per day to export (9 times the volume of the Bolivia/Brazil contract at maximum capacity). Australia also has new capacity for liquefaction in the Pacific being deployed to Malaysia as the third-place producer of LNG.  USA, Qatar, and Australia will own the majority of the LNG market up to the year 2020.

Current oversupply and lessened economic growth makes us think in two to four years we will have more oversupply of LNG in the world and that the producers will become more aggressive to take new markets in “take or pay” and spot and without a doubt achieve better pricing than the past decade.

As previously mentioned, imported LNG will bring on new markets and more regasification will continue to be installed along the coastlines of South America. There’s no question Argentina, Brazil, Bolivia, Perú, Colombia and Venezuela will have to increase gas storage and integrate with even more with pipelines. Though the potential gas in all of these countries is very abundant, there is a marked exploratory deficit to supply the demand, and that’s why imported LNG should happen more frequently.

If we take average JKM prices (7.4 USD/MMBtu) of imports through the Pacific, and average NPB prices (6.5 USD/MMBtu) in the Atlantic in 2015, and we multiply it by the true imported volume of LNG from Argentina, Chile and Brazil, we land at approximately at $4,190 MMUSD in imports that perhaps should have stayed in the Southern Cone.

These billion-dollar projects are breaking up the regional energy sector, and everything indicates that new LNG regasification plants will continue to increase, and exploration will continue to lag. 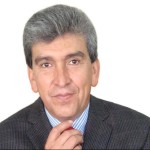