Shell announced the sale of their Eagle Ford assets primarily in the form of the 106,000-acre Harrison “Piloncillo Ranch” on Sunday, September 29, 2013.

The sprawling track covers a large portion of southeastern Dimmit County and crosses over into northeastern Webb County. Traditionally the ranch had been a prime hunting preserve for the Harrison family with little exposure to the drill bit.

Rumored to have cost Shell $1 billion ($10K/acre) in May of 2010, the ranch was touted as a potential model for shale development, allowing for more efficient water management, pad drilling, lateral design, and road infrastructure due to its large contiguous acreage.

How do other operators fare in the area?

When comparing operators working adjacent to the Ranch, we begin to see these results have fallen a little flat. The focus should be on leases that fall both east and west of the Piloncillo Ranch, not north and south, since north or south affects the type of production (liquids or gas) we expect to see. Rosetta Resources is an operator with acreage directly to the west of the Piloncillo Ranch. Gates Ranch, Rosetta’s ~26,200 acres is below.

DI Desktop shows Rosetta’s first production date on Gates Ranch in 2010, similar to Shell. Here is a comparison of cumulative gas and liquids production over time as we did for the Piloncillo in the previous plots.

We can see Rosetta has done well on this acreage and significantly surpassed the numbers of production on the Piloncillo. Why? Comparing completion techniques is like comparing apples and oranges, but it could be a reason for such a vast difference.

According to DI Analytics’ data, in Webb County, the home of Gates Ranch, Rosetta has a median lateral length of 6,023 feet and Shell has a median lateral length of 6,097 feet – the two operators are neck and neck in this regard. When it comes to spacing, we see some differences. Rosetta is down to a median of 39 acre spacing in Webb County and Shell is at a median of 64 acres. Rosetta has drilled 144 wells on Gates Ranch compared to the 192 of Piloncillo. Rather than relying on company provided spacing values, these numbers are calculated by DI Analytics using an algorithm that incorporates the nearest neighbor of each wellbore with the lateral length to calculate acreage spacing.

Taking a look at a production benchmarking tool developed by DI Analytics, we see an actual comparison of Shell wells vs. Rosetta wells. This data is derived from a statistical model written by DI Analytics that grades acreage in one square mile grids across the entire Eagle Ford play and assigns grades of A through J indicating rock quality and potential for production in areas not yet drilled. The chart below shows Shell and Rosetta acreage as D, E, and F on the y axis and we see Shell performing at the median level for all operators in the Eagle Ford and Rosetta outperforming by 20% to 40% in like or normalized acreage. It should be pointed out this production model does not indicate ROI on the subject acreage so rates of return might vary substantially. In other words, Shell’s production is about what we predict based on the geology of their acreage, but their costs and operating efficiencies are the most important drivers of profitability in their medium grade acreage, a fact any potential buyer should keep in mind.

If you are interested in evaluating unconventionals and comparing operator results based on actual production by operator this tool might prove handy.

A sweet deal for someone?

There are many more chances to drill on Piloncillo Ranch due to its vast contiguous acreage since Shell has mainly focused on the western portion as seen on the map below.

Could there be potential for a new operator to add a significant acreage position in the Eagle Ford with improved results? That’s probably a question discussed in more than a few boardrooms in the oil business, to date, no takers.

What do you think? Are you ready to bid on the Piloncillo Ranch? What operator variables might be responsible for the lackluster results? Leave a comment below. 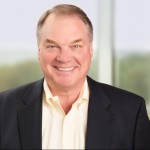 Bob Black is the Director Analytics and Geology for Drillinginfo. He works with internal and external stakeholders to create value added predictive analytics and insights into best practices within unconventional shale plays. He has over 30 years of experience in the Oil & Gas industry. He joined Drillinginfo in 2008 as the Director of Leasing Services where he oversaw the collection of lease data throughout the United States. Bob received his Bachelor of Business Administration in International Business and Master of Business Administration from the University of Texas at Austin.
More from Bob Black