On February 28th, S&P Global Platts and MarketView by Drillinginfo, hosted an informative webinar on the natural gas outlook for 2017. Pete Compton, Platts Analytics Senior Consultant, lead the presentation which highlighted key risks that could make 2017 a more dynamic year than many anticipate. Other topics discussed were how exports to Mexico and LNG are shifting North American natural gas fundaments, prediction of power generation numbers, and the impact of pipeline infrastructure projects.

Watch the replay ON DEMAND.

Below is a sample of the great questions we had after the presentation with answers from our speaker, Pete Compton.

Question: How do you calculate the gas consumed in the liquefaction process? Any rules of thumb?

Answer: We assume the gas consumed during the liquefaction and immediate transmission process to be equivalent to 11% of the gas loaded onto the vessel for export. This calculation is based on industry standard assumptions.

Question: Are there any expected changes in the types of power generation that will affect natural gas consumption?

Answer: We forecast power generation by fuel type at the national level, based on the capacities of announced retirements and new projects and applying our assumed utilization rates. This generation mix forecast directly informs our natural gas power generation demand forecast.

Question: Associated gas from Permian and any constraints on pipelines?

Answer: There has recently been an increase in Permian gas production as drilling activity has increased there. However, the typical Permian barrel is primarily comprised of oil, so associated gas per well is quite low on the average. We will publish a Market Alert paper on this and gas pipeline constraint later this month, which will be free to existing Bentek product customers.

Question: At what gas price forecast would you anticipate increasing power burn (instead of the decreases in your base case)?

Answer: The record power burn year we saw in 2016 was a result of simultaneous record high temperatures and low prices. A repeat scenario of heat and gas prices from last spring/summer would be required for 2017 power burn to match that of 2016. Under a normal weather scenario, 2017 gas prices would have to be lower than 2016 prices to match 2016 power burn numbers.

Question: Does the Barnett Shale/Ft. Worth Basin figure in favorably to fill the gap in the event gas from the Northeast is delayed?

Answer: On the whole, the Barnett is less economical than other plays including Haynesville, Fayetteville, Eagle Ford, and some plays in the Anadarko. These plays are more likely than the Barnett to fill the gap potentially created by Northeast supply constraints. Accordingly, we expect Barnett production to continue its decline.

Question: If there are pipe delays in the NE, do you expect basis differentials to stay the same as they are now or to become worse?

Answer: This depends partially on the individual supply hubs and pipeline projects expected to access them. Generally, if the prevalence of pipeline constraints were to remain approximately what they are today, we would expect basis differentials to stay in the range they have been in recently.

Question: Seems we are heading towards a significant over build of NE capacity post 2020- projects at risk of low utilization?

Answer: We agree that if all announced Northeast takeaway pipelines are built on schedule, the grid would be overbuilt and underutilized. Impacts would include downward pressure on Henry Hub and tightening of Northeast supply hub differentials.

Question: What are the biggest risks to the growth in LNG exports and Mexico exports?

Answer: The global LNG market has entered a period of oversupply with more supply capacity coming online. Slowing global demand creation is likely the biggest risk to worsening the glut, dragging down US LNG exports. Growth in exports to Mexico is subject to continued infrastructure buildout south of the border – both pipelines and gas-fired power generation capacity. Buildout delays would weigh on the export forecast. Political risk has been a hot topic, and US-Mexico relations and policies are worth watching.

Question: What are the challenges in the nat gas industry that should be on the lookout thanks to the new President Trump administration?

Answer: Initial indications are generally positive for the hydrocarbon industry as a whole. Should the new administration succeed in efforts to relieve burdens on the coal industry, coal could potentially re-displace some gas in the power generation sector. Trade agreement renegotiation could have some impact to LNG exports, varying by destination.

Question: What does Peter think about the Midcontinent markets for the next few years? Residue takeaway is a problem. Are there any new pipelines that will be built soon to remedy this situation?

Want to hear more? Watch it ON DEMAND.

Jaenneke Wolf is the Director of Marketing at MarketView by Drillinginfo. The largest commodity companies in the world trust MarketView to manage thousands of data sets, both public and proprietary, in support of critical business, risk management, and trading decisions on an enterprise-wide basis. 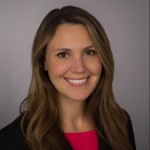 Jaenneke Wolf is the Director of Marketing at MarketView by Drillinginfo. The largest commodity companies in the world trust MarketView to manage thousands of data sets, both public and proprietary, in support of critical business, risk management, and trading decisions on an enterprise-wide basis.
More from jaennekewolf