Polish CBM – Something to watCH4?

Poland is amongst the fastest growing European economies, with an educated population, EU membership, and a strong industrial base. But its domestic hydrocarbon supplies are nowhere near adequate for its needs – gas production of around 220 Bcfg per annum meets about a third of requirements, whilst 15 MMbo per annum provides just 7% of the typical oil demand.

Poland currently imports around 60% of its gas from Russia but – unlike neighbouring Germany – is reluctant to depend on Russian gas to fuel its industrial development. State owned PGNiG, and partly state-owned LOTOS have invested in the Norwegian Continental Shelf and the Baltic Pipe is scheduled to be completed in 2022. Norway will then become Poland’s major gas supplier and direct Russian gas input is expected to end, although Russia will almost certainly contribute to future LNG imports.

Domestic production provides about a quarter of Poland’s gas demand and this figure is projected to drop to 20% by 2022. The country tried to reverse this trend when it embarked on Europe’s most aggressive shale gas exploration programme – attracting the likes of Chevron, ConocoPhillips, Eni, ExxonMobil, Marathon, Shell and Talisman – and 72 shale wells were drilled between 2009 and 2015. However the results were highly underwhelming and, with the industry hard-hit by falling prices, most foreign E&P investment withdrew.

What Poland does have in abundance is coal and the country’s production of 150 million tonnes per annum satisfies the local market. However EU member countries are committed to a 7% reduction in CO2 emissions by 2030 (against a 2005 benchmark), so coal mining offers a poor long-term solution. But what about Coal Bed Methane (CBM) – a much cleaner process than coal mining?

During the height of the Polish shale rush, PGNiG drilled two CBM wells on its 2/2017/L Miedzyrzecze concession in the south of the country. Gilowice 1 & 2h targeted well mapped coal beds in the Upper Silesian Coal Basin (USCB), but the wells were suspended and only completed in 2016 when hydraulic fracturing, and testing over 9 months, produced sustained flows of 175,000 cfg/d.

PGNiG has teamed up with three domestic coal companies – PGG, JSW and Tauron – to better understand the play and is now drilling a follow-up Gilowice appraisal programme. As well as Miedzyrzecze and nearby coal licences, several small local and regional companies hold prospective E&P acreage in the USCB which could be further exploited for CBM. Indeed, the Polish Geological Institute has estimated potential recoverable resources of 6 Tcfg.

In the absence of offset Polish data, it’s useful to look at a US analogy for a hint of what might be in store for Poland, in this case, a multi-lateral coalbed methane well in La Plata Co, Colorado.

The well has grossed 4.29 Bcfg production in just under three years of production, has a relatively flat decline curve, and has a Best Efforts EUR of 14+ Bcfg, with a low current water cut, and a relatively small land footprint of about 0.5 sq km (130 acres) accommodating all laterals.

As the case study and preliminary resources estimates illustrate, success at Gilowice and the wider USCB could result in a very useful contribution to Poland’s future energy balance – 6Tcfg equates to 9 years of domestic demand at current consumption. Moreover, it could also re-invigorate unconventional exploration in Poland, with the government offering new shale prospective blocks. Polish CBM offers a potential gas supply guarantee in the near to medium term, and a bridge to the next phase of the country’s hydrocarbon sector. 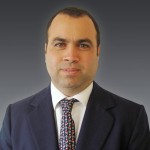