The lack of permitting activity does not mean that acreage is failing to change hands. The second and third quarters of 2016 have seen more than a dozen significant asset transactions involving Permian acreage with big deals being announced every few weeks. Many of the announcements highlight the fact that the vast majority of acquired acreage is held by production (HBP). The upside of HBP acreage for buyers is that they don’t have to develop the acreage quickly in order to maintain access, but it also puts upward pressure on the price paid per acre. Buyers are forced to negotiate with other operators who often have a better idea of what the acreage is worth than mineral owners. This situation is partially explained by the long history of oil production in west Texas. The area has seen drilling with more or less enthusiasm from the 1940’s and many of those old wells have been worked over in recent years and brought back online to generate cash flow to fund new drilling and hold leases until they can be flipped.

Because of the high potential production of Permian reservoirs like the Wolfcamp, and the business-to-business nature of acreage transactions, the price paid per acre this year has ranged from around $7,000 to $58,000. The highest price paid so far was by QEP resources, who paid more than $58,000 per net undeveloped acre for core Midland Basin acreage. That price raised some eyebrows and left people wondering how much the acreage was worth and how high prices could go. A recent acquisition by Pioneer in the same county provides useful information to evaluate the QEP transaction and independently estimate acreage value and singe well economics in the area.

[Table 1 – Recent Permian acreage transactions (includes mergers and acquisitions). Only Concho ($50,000) and PDC ($35,000) disclosed the price paid per flowing barrel. $35,000 was used when the price was not disclosed. EOG details include acreage acquired outside the Delaware Basin.]

Pioneer’s June announcement that it had paid Devon Energy $435 million for 28,000 acres in Martin and Midland County highlighted the fact that the acquisition enabled them expand their successful drilling recipe for Wolfcamp B wells with a long-lateral design to 70 new locations on 7,000 acres. This information implies that approximately 100 acres are required to drill each Wolfcamp B well that uses the preferred design. Applying this to the price paid per net acre ($14,285) results in a land acquisition cost of $1.43MM per well. In their August investor presentation Pioneer reported drilling and completion and facilities costs of $7.5MM and $0.4MM, respectively. That brings the total cost per ~9,000 ft Wolfcamp B well to $9.33MM.

So how profitable are Wolfcamp B wells in Martin County drilled and completed according to the Pioneer recipe? An estimate starts by forecasting production from wells as similar as possible to those that Pioneer plans to drill in the future. For this, 18 Martin County wells were identified in the Drillinginfo database.

[Table 2. Five-year total recovery volumes (oil + gas at 6:1 BOE for the best and worst individual wells and the type curve using the three different forecast models. Oil and gas production was forecast separately and combined using 6:1 BOE, although these were all predominantly oil producers (65% to > 80%).]

The 18 wells all had first production in 2015 or 2016, perforated interval lengths greater than 7,500 ft, at least six months of reported production, and well true vertical depths between 9,200 to 9,800 feet, which isolates wells targeting the Wolfcamp reservoir. Five year P50 production forecasts performed for each well individually using the Arp’s model ranged from 225,844 bbls to 863,334 bbls, with a type curve P50 forecast of 525,300 bbls (Figure 2, Table 2). Production forecasts were also made using Modified Arp’s (Hyperbolic to Exponential decline) and Duong models. The Modified Arp’s forecasts tended to be the most pessimistic, Duong the most optimistic, with Arp’s in between (Figure 3, shown for oil only).

[Figure 3. Range of individual well forecasts and the type curve for oil production using three different forecasting models. The modified Arp’s model (terminal exponential decline) was the most pessimistic, the Duong model the most optimistic, with the standard Arp’s model in between.]

The next step for determining profitability within five years is to calculate well net present value (NPV) for the different forecast volumes at different oil prices. This quickly turns into a multidimensional problem so moving forward we focus solely on the forecasts made with the Arp’s model. After deducting $9.33 MM in cost from five years of revenue estimated at $30, $40, $60, and $80 per barrel oil price, the NPV for Wolfcamp B wells in Martin County ranges from -$3.5MM in the worst cast scenario (worst individual well forecast at $30 per barrel) to $47MM for the best cast scenario (best individual well at $80 per barrel, Table 3). The type curve NPV ranged from $3.7MM to $25MM at $30 and $80 per barrel, respectively. If the land acquisition cost is removed, or a longer forecast period is used (10 years) the independently calculated type curve NPV agrees well with Pioneer’s claim that wells should see a pre-tax internal rate of return in excess of 50% at July strip prices ($45 per barrel).

So how much is the acreage worth? By using the type curve estimated revenue, considering only drilling and completion and facilities costs, and assuming of 100 acres are required per well we can produce an estimate of acreage value that can be compared with purchase prices. NPV per acre for Wolfcamp B acreage ranges from approximately $52,000 to $269,000 at $30 and $80 per barrel oil prices, respectively (Table 4). Although the $58,000 per acre price paid by QEP in Martin County exceeds the land NPV at $30 per bbl, the company should produce the acreage profitably in the present price environment.

[Table 4. Land Net Present Value under a range of oil prices for Martin County Wolfcamp B acreage. Assumes 100 acres of land per well. Drilling, completion, and facilities costs are included (all costs but land), with a 10% discount rate.]

However, assuming QEP also allocates 100 acres per Wolfcamp B well, their per well land acquisition costs are significantly higher than Pioneer’s, $5.8MM compared with $1.43MM, respectively. This reduces QEP’s internal rate of return significantly and elevates the breakeven price for a QEP well to $31.50, compared with $21.40 for Pioneer, assuming similar well design, production results, and $7.9MM drilling, completion, and facilities cost. If oil prices rise in the short to medium term QEP’s decision to invest heavily in Martin County will look like a great business decision. At current prices however the there are only small profits to be made. contrast, Pioneer appears to have made a great deal with a large amount of premium acreage acquired at a relatively low price per acre. This puts Pioneer in a good growth position whatever direction commodity prices take.

Although the desire to acquire Permian assets is unlikely to end soon given the favorable economics of the region and recent low oil prices, the ability for companies without deep pockets or wealthy backers to move into the area remains limited. However, as long as oil prices remain low we should continue to see companies sell less profitable, non-Permian assets to finance Permian acquisitions. This will likely keep Permian acreage prices breaking records until we see an oil price recovery.

Lindsey Kropuenske Artman is a product manager for Drillinginfo, guiding development of the new Production Workspace platform. Prior to joining Drillinginfo, Artman was a postdoctoral researcher at ETH Zurich, where she mentored students and used simulation modeling to study ocean physics and biogeochemical processes. She holds B.S., M.S., and Ph.D. degrees in Earth System Science from Stanford University. Artman joined Drillinginfo in October 2013. 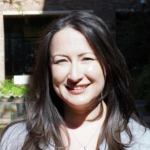 Lindsey Kropuenske Artman is a product manager for Drillinginfo, guiding development of the new Production Workspace platform. Prior to joining Drillinginfo, Artman was a postdoctoral researcher at ETH Zurich, where she mentored students and used simulation modeling to study ocean physics and biogeochemical processes. She holds B.S., M.S., and Ph.D. degrees in Earth System Science from Stanford University. Artman joined Drillinginfo in October 2013.
More from lindseyartman1