This is the final entry to the three part series regarding the comparison of the Midland and Delaware sub-basins in the Greater Permian Basin. The previous entries have discussed the evolution, deposition, and stratigraphy of both of the sub-basins. This is fundamental information needed to understand Permian Basin oil production and development. But finally, here it is, what everyone really wants to know…what is this booming region producing? This post will discuss the two major contributing reservoirs in each sub-basin.

The Greater Permian Basin has been drilled since the 1920s with a peak in production in the early 70s. It produced approximately 17 percent of the US oil production in 2002 and is estimated to contain 22 percent of the oil reserves (Energy Information Administration, 2003). In recent years, companies have started drilling deeper, exploring new production zones, and drilling horizontally. This is different from the years past where shallow vertical drilling was dominant. Another shift in production has involved the change in focus from conventional resources to unconventional driven plays following the advances in shale gas recovery technologies. New technology has enhanced operating efficiencies and producing rates increasing average lateral length, average frac stages, and amount of total proppant.

The Delaware Basin is a multi-stacked play prospect, where almost every well can potentially draw production from different zones. This sub-basin is a more horizontally mature area than the Midland Basin, and thus serves as the foundation for horizontal development in the Greater Permian Basin. Its production is best split into two areas, a northern and southern area. The northern area is known for is advancements in horizontal development while the southern area is associated with vertical wells. The prospective zones for production are located within the Bone Springs and Wolfcamp formations, often referred to as the WolfBone play.

The Bone Spring formation is the most drilled area as well as the most prolific zone in the Delaware Basin (figure 2). Production has rapidly increased since 2008 with the development in horizontal drilling. The hydrocarbon mix is fairly homogeneous throughout the play. Prospected zones to target within the Bone Spring formation vary from the northern and southern region. While both the 2nd and 3rd Bone Spring sands are targeted in the northern region of the Delaware Basin, only the 3rd sand is of interest to most operators in the southern area. “Hot Spots” include: 1) the state line’s Culberson and Eddy counties 2) central Eddy and Lea counties, and 3) west Texas’s Ward County.

Figure 2: Production vs Time in the Delaware Basin colored by reservoir. You can see the Bone Spring formation (in brown) is the most contributing reservoir. Source: DI Analytics in Spotfire

The Wolfcamp formation is present throughout the entire Greater Permian Basin. While the more mature lower Wolfcamp formation is gas prone, the oily upper Wolfcamp is the target of most operators. The hydrocarbon mix is fairly similar to the Bone Spring formation with 60% crude, 20% wet gas, and 20% dry gas. In the past, horizontal wells were dominant in the Delaware’s Wolfcamp play in the north and commingled vertical wells were located in the southern area. However, there has recently been a rise in the amount of horizontal wells in the southern area pursuing the upper Wolfcamp. The hot area for this play is in the western portion of Ward County with other popular regions in the rest of Ward, Loving, and eastern Reeves County.

Figure 3: Well Count vs Time colored by wellbore type in the Delaware Basin. Notice the increase in the amount of horizontal wells. Source: DI Analytics in Spotfire

The Midland Basin, like the Delaware Basin, is a multi-stacked play with a long history of vertical exploration dating to the 1940s. Traditionally, the target zone for operators was primarily the Spraberry with only one frac stage. Technology advancements in increased drilling depth and the ability to complete multiple frac’ing stages have influenced operations to look further down to the Wolfcamp formation as well. Both the Spraberry and Wolfcamp formations are fairly consistent throughout the entire sub-basin and are the primary subject for production. This commingled zone is known as the WolfBerry play.

The Spraberry is ranked as one of the largest oil reserves in the US, but when first discovered in 1948, could not be economically produced if fractures in the formation were not present. However, in more recent years it was found that the reservoir was more naturally fractured than once thought and became the core for vertical wells drilled in the Midland Basin. With the new technology of hydraulic frac’ing to stimulate the oil migration of a once “too tight” play, production from the Spraberry has allowed operators to tap into the thick area of pay zones. The Texas Railroad Commission (RRC) recognized the Spraberry trend area as the highest producing Permian Basin oil field since 1993 with just less than 600,000,000 barrels of cumulative oil production (figure 4).

While the Spraberry was the first formation explored in the Midland Basin, the addition of the Wolfcamp formation, that forms the commingled WolfBerry, has made this play very popular. The thickness of the Spraberry was a major reason the area was so productive, but when you add on the thickness and consistency of the Wolfcamp as well, the possibility of horizontal development adds a large element in the interest of the Midland Basin. The southern portion of the sub-basin has played host to the majority of the horizontal drilling, although higher formation pressures in the central and northern region are driving the operations north.

Figure 5: Well Count vs Time colored by wellbore type in the Midland Basin. Notice the increase in the amount of horizontal wells. Source: DI Analytics in Spotfire

Nearly three quarters of the recent increase in crude oil production from the Permian Basin is from the Spraberry, Wolfcamp, and Bone Spring formations. Drilling activity in the basin had steadily risen until the end of 2014. The RRC reported more than doubling the drilling permits issued from 2005 to 2012 and a significant increase in million barrels of crude oil produced (figure 6). Even now, when rig counts are at a low, the Permian Basin has more working rigs than any other region in the nation. This all leads to the conclusion that The Greater Permian Basin is the nation’s most prolific oil producing area and will be for a while. 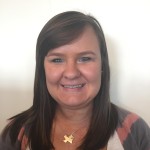 Leslie Sutton is a Geologist for DrillingInfo. She began her career working as an offshore field specialist with Schlumberger. She joined DrillingInfo in 2013 and is responsible for analyzing and interpreting well logs for the Global Analytics department. Leslie graduated with a Bachelor of Science in Geology from The University of Texas at Austin.
More from Leslie Sutton