Oil Prices on the Rise – What Should We Look Out for? What Does it Mean for North American Shale Operators?

As oil prices reach a four-year high with Brent Crude at $78 a barrel and West Texas Intermediate (WTI) at $70 a barrel at the time of writing, it’s clear that we are entering a new phase in the oil and gas industry.

Furthermore, the fact that OPEC’s supply cuts have remained in place, the free fall in Venezuelan production, and the new sanctions to be reinstated against Iran – alongside strong global consumption forecasts – mean that the holy grail of $100 a barrel is no longer out of reach.

What does this new oil price boom mean for the North American shale industry and what trends should we look out for during the coming months?

One result of the increasing oil prices is a regional shake-up of activity hot spots.

Over the last few years, the Permian has been the spearhead for drilling and production activity with the key attraction being its’ position as one of the least expensive places in the U.S. to produce – due to  existing infrastructure and oil-bearing rocks that allow better yields per acre – as a recent Wall Street Journal article points out.

Yet, the rise in oil prices is bringing increased attention to other players in regions, such as Colorado, North Dakota and Oklahoma, where there are better pipeline infrastructures and lower costs per acre due to less competition.

According to Baker Hughes, in the same Wall Street Journal article, the number of oil rigs in several basins outside the Permian, including North Dakota’s Bakken region, the Eagle Ford in South Texas and the Cana Woodford in Oklahoma, has more than doubled over the last few years. This has led to operators, such as Continental Resources who favored the Bakken and Oklahoma over the Permian, posting production increases of as much as 48 percent in the first quarter.

With this regional shake-up and transfer of resources and drilling capital, it’s more important than ever for operators with multiple basins to have immediate and accurate access to regional data intelligence on leases; drilling, completion and production metrics; competitor information and other variables, as Drillinginfo provides.

In regard to specific regions, Drillinginfo also provides Oklahoma Spacing and Density – the only proprietary, fully-interpreted dataset of all current and historical spacing units in Oklahoma that allows operators to find open acreage faster, monitor competitor activity and identify hidden opportunities.

Another impact of rising oil prices is a continued increase in production and more U.S. shale companies are now raising enough cash to cover the costs of drilling new wells.

The last few years have seen a significant drop in breakeven prices for shale producers – as much as a 45 percent reduction on the Permian according to industry analysts, Rystad Energy – leading to significant cash returns as operators look to increase production and rigs. The Drillinginfo daily rig count sat at 1105 as of May 13. That’s up 25 from two weeks previous and likely to keep in rising.

Several operators, such as Anadarko Petroleum, Devon Energy and Hess, have recently announced increased dividends or share buybacks and Continental Resources is prioritizing debt repayments – closing in on its goal of net debt below $6 billion.

This is all part of a new returns-based environment, where the key metrics and good business practices of cost containment, cash generation and returns on capital are over riding the ‘growth at all costs’ and need for continued outside investment approach.

A Focus on Efficiencies and Profitable Growth

Can this returns-based approach be sustained as oil prices remain on an upward trajectory?

The signs are good. At Drillinginfo, we are working with E&P operators who are dedicated to maximizing efficiencies and ROI in their operations. This includes identifying the most profitable leases, monitoring the competition, ensuring optimal well spacing and conducting in-depth analyses of best drilling and completion practices.

While shale production remains on the increase, the Energy Information Administration (EIA) predicts that shale oil production will rise by a record-breaking 144,000 barrels per day from May to June this year, but rig counts are not increasing in the same numbers which has operators ‘doing more with less.’

According to a recent Bloomberg article, current rig counts are less than half of what they were before the price crash in 2014. Analysts at Enercom estimate that modern rigs are delivering 3.15 times more production than those in January 2014.

It’s clear, however, that high oil prices will lead to more production with a cluster of smaller operators leading the way.

In the past six months, companies that aren’t among the top U.S. crude producers made up 42 percent of permits approved for new drilling, according to Drillinginfo in another Wall Street Journal article.  Many of these operators have ambitious growth plans.

One potential constraint to such growth plans and production increases are bottlenecks in pipelines and other infrastructure to take the shale oil and gas to market.

As Drillinginfo discussed in a previous blog, such pipeline constraints are having an impact on both prices and supply. Spot crude from Midland, Texas in the heart of the Permian, for example, has been trading this week at almost $16 a barrel below the grade of oil in Houston – only 500 miles away – due to infrastructure issues. In such cases, it’s vital to get a complete overview of shale activities and midstream infrastructure in specific regions, as Drillinginfo provides.

As oil prices increase, however, so will the pressure to increase infrastructure and pipeline capacity as well as financial investment mechanisms for midstream projects, A number of significant midstream investments in the Permian are due to come online in the near future.

The continued rise in oil prices is good news for shale producers across the U.S., as they look to maximize the opportunities these prices bring. Furthermore, with U.S. and global demand remaining strong and declining global inventories, prices are likely to remain high over the coming months.

Against this backdrop, it’s more important than ever to access the latest decision-making intelligence for better and faster results, and increased profitability. That’s why operators choose Drillinginfo. 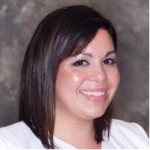