China is Coming. Is a new wave of oil and gas investors a good thing, or bad? Much will depend on how you set your sails – will you participate and win, or simply watch from the sidelines?

I’ve been watching and working with the Chinese since I was 29. I’m 52 now.

Much has changed over these 20+ years. Since 2005 I’ve been watching the Chinese outbound deal space. Although there is a lot of press on this of late, in a very real way, the flood of investment has not even yet begun.

Now that They Have the Means, They’re Looking for the Know-How

Over the last 2+ years I’ve been working with, and advising, a US company that wants to raise capital from China. When this group first contacted me in late 2011, almost nobody in China seemed to have heard about shale oil, horizontal drilling, fracking, etc. In February of this year, all that changed. Almost overnight, essentially anyone with money is now aware of the opportunity. Funnily though, they don’t know they can participate.

In China, only the government can own oil production via “state owned companies” (SOE) such as Sinopec. For years these were the only players.

Early this year, China began awarding rights to non-state owned oil and gas companies, in a public tender round, to drill and produce shale gas in China using horizontal drilling and fracking technology. While this was good in concept, most of these 19 companies had no background in oil and gas production, and they are floundering.

In October 2012 we began to test the market by reaching out to key Chinese connections that I have built over the last 20 years. This concept, called Guanxi by the Chinese is a key to success in China, without it, failure is nearly certain (more on this in future posts). In the early months – prior to February 2013 – there was interest in the concept of investing in US Shale Oil plays, but after, essentially all we speak with are interested.

Beginning in early 2014, we will begin bringing small groups of interested and highly qualified Chinese investors to the USA to do site visits, meet relevant operators and make investment decisions.

Many in China (those in Hong Kong have pure investment interests) have interest in trying to take back advanced technology with them to China which then can be used in Chinese shale and oil plays in the years to come. I’m not an oil guy, so I don’t feel qualified to say whether this will ultimately work or not, but I do know that A) the desire on the part of the Chinese to have this a/b play in place is very high and B) Chinese have long histories of importing (and knocking off in many cases) the “cheat, retreat and cheat again” identified by the CIA in the 50’s when watching Formosa (Taiwan) technologies and using them to their own benefit. Often this is for domestic use at first and almost always for export in the years that follow.

There is Still a Lot to Learn

While attending NAPE a few months ago, I was surprised how few Chinese I saw there. I counted 3, two from Taiwan and one, a PHD from the mainland who worked in the oil industry out of California. I wonder what these ratios will look like in years to come. Will more Chinese attend these shows? Will that be a good thing or bad?

So many cultural differences exist between the way an American does business and that a Chinese does business, that I could see potential misunderstandings, clashes and lost discussions taking place- at least in the early days. This has been true in every industry that comes to China and I expect this to be the same.

I’ve said since 1990 that no company in the world can compete with a properly structured Chinese company except an equally or better structured China based company. Now that I see the shale oil industry, I realize that this has been a limited view and not true. I’m still in the process of reformulating my thoughts to include my learning around US shale oil over the last two years.

One thing is clear: the US side has huge capital requirements right now to finish off the drilling and production (now that HPB clauses have been satisfied) on the massive lands acquired in the “land grabs” of the past several years. I’m hearing from colleagues that there is a shortage of US capital to build this out fully, perhaps as much as three trillion USD. At the same time, we are seeing tremendous amounts of capital from the China side, much of which is now seeking to make “outbound” (not located in China) investments for the first time ever. Tycoon families we are speaking with in Hong Kong are also very interested.

What do you think? Would a new crop of investment spur up activity in your neck of the woods? And how much cultural impact do you think the Chinese may have versus other international investors? Leave your thoughts in the comment below.

Guest blogger Matthew Brandt began working with the Chinese in the early 1990's and lives full time in China. He is affiliated with the former chief investment officer of China's sovereign wealth fund and can be reached at [email protected] 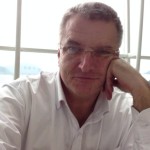 Guest blogger Matthew Brandt began working with the Chinese in the early 1990's and lives full time in China. He is affiliated with the former chief investment officer of China's sovereign wealth fund and can be reached at [email protected]
More from MBrandt