Natural Gas As A Hedge? Oil vs. Gas in Today’s Market

The US rig count is down 56% from this time last year. The rig count decline has hit some areas harder than others. For example the Bakken has lost more than three quarters of its rigs (figure 1). The Eagle Ford, Eaglebine, and Granite Wash plays also saw above average losses. Plays such as the Marcellus and Haynesville have fared better. One difference in these plays that could explain some of the unbalance is oil to gas ratios. The areas faring better are gas plays. Are operators using natural gas production as a hedge against current oil prices?

The closing WTI price in 2015 has averaged $50.82 per barrel. The average is likely to drop below $50 per barrel before the year’s end. Not to say that natural gas prices have fared well, though the year over year price drop has been less severe for natural gas. Natural gas prices have been lower longer. So far, the Henry Hub natural gas spot price has averaged $2.80/MMBtu in 2015. The average closing Henry Hub price for natural gas in 2014 was $4.37/MMBtu and was $3.80/MMBtu in 2013. The Henry Hub and WTI spot prices are charted in Figure 2 on a semi-log scale to emphasize volatility.

The demand for natural gas is much more weather dependent as mild weather decreases the need for cooling and heating, a major driver for demand. A severely cold winter like the one in 2014 could mean a windfall for natural gas producers. The working gas stock in 2014 reached its lowest levels in five years (figure 3), but quickly replenished. Natural gas in underground storage is up 15.7% over this time last year and up nearly 5% over the five-year average. The Farmers’ Almanac is predicting another snowy and frigid winter for the Midwest and Northeast. It’s nearly certain that the Henry Hub spot price will trend upwards through the end of the year as US home heating season begins.

$2.80/MMBtu is far from a paradise price for operators to make big moves on. The near term outlook is driven by Mother Nature, but the long term looks strong. In their 2015 Annual Energy Outlook, the EIA forecasts natural gas demand to grow by nearly 12% in 2040.

All drilling is subject to return on investment, with the emphasis on the now. The majority of natural gas still comes from mixed oil and gas wells. Different formations yield hydrocarbons in different proportions. Natural gas looks like it has more upside under the current conditions.

So… Are operators actually shifting focus to natural gas? Yes, it looks like it.

Identifying natural gas focused activity requires some judgment calls but I’ve sliced the data a few ways. I estimate recent lower 48 rig activity for gas focused wells to be just shy of 25% of the current active fleet. This is based on permitted information such as target formation and historical trends. Figure 3 shows active rigs on wells identified as “oil focused” or “gas focused” from September 28th, 2014 and September 28th, 2015. O&G wells have been excluded from this image.

Proportionally more gas wells are being drilled than last year and gas operators are drilling more wells. This is far from a winning formula for all operators. Sub $3.00 per MMBtu isn’t economical for most wells. Operators are leveraging natural gas resources in time of low oil prices. 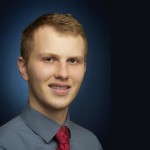