Norway and the UK tend to dominate the headlines for North West Europe E&P. Those not taking a detailed look at the region may have missed some of the lower profile bid rounds that took place last year. So, here’s an opportunity to recap on recent, ongoing and upcoming ‘lesser’ bid rounds.

The Isle of Man held its 2nd Hydrocarbons Licensing Round from 11 September to 10 December 2017. All acreage was available at just under 4,000 sq km, the same as in the first Round in 1995. Three dry wells have been drilled in IoM waters, although 112/25- 1 (1982, BP, 2,780m) did encounter gas shows in the Permian. An unspecified number of applications are currently being assessed, with a decision expected by in April 2018.

The Faroe Islands 4th Exploration Round launched on 17 May 2017, with bidding closing on 17 February 2018. The round covered the Northwestern part of the Faroe-Shetland Basin to the South & Southeast of the Islands, and nearly 50,000 sq km was available. The Faroese government reports that only one application was received. Three licenses covering 6,500 sq km were awarded in the previous Third Round in 2007/8 but all three have since been relinquished, and there are no active Faroese licences. The regulator Jarðfeingi plans to offer further acreage to the Northeast, North and West of the islands in future rounds.

If ever less was more, then it would be in Greenland. Over 100,000 sq km is available in the 2018 Davis Strait round. But Greenland made similar offers for 85,000 sq km in Baffin Bay and 13,000 sq km onshore Disko-Nuussuaq in 2017 and 2016 respectively but receive no bids. Currently Western Greenland is effectively unlicensed for E&P although an out of round application for 10,000 sq km offshore Southwest Greenland is currently being reviewed.

Energistyrelsen, the Danish Energy Agency, plans to launch the 8th Licensing Round during H1 2018, offering Southeastern North Sea acreage. Denmark has softened its fiscal terms during 2017 to 2025 to facilitate redevelopment of Tyra Field, and this may attract increased interest. Energistyrelsen intends to hold biennial rounds; the last was the 7th Licensing Round held in 2014 with results announced in 2016 after much delay, with 16 awards to 11 companies.

The UK and Norway continue to lead the North West Europe E&P scene. Norway’s APA2017 saw 75 licences awarded in mature acreage, and results are awaited from the 24th Round (Exploration acreage). The UK’s 30th Seaward Licensing Round received 96 applications for 239 blocks in mature acreage, with awards expected in Q2 2018, to be followed by an offer for exploration acreage in the 31st Round later this year.

But explorers have also shown an interest in the region’s lesser petroleum provinces. Ireland’s 2015 Atlantic Round was a rousing success and – as confidence in a stable oil price recovers – one might expect that Northern Atlantic Margin players will be interested in other under-explored basins. Statoil, ExxonMobil, and CNOOC/Nexen have already signalled intent with big acreage claims in Ireland. BP is also likely to be more aggressive following solid 2017 profits and with the Macondo issue largely settled, and it remains to be seen if Husky and Chevron will follow across the Atlantic. But one thing is clear – as industry confidence returns, both major and emerging players have established a strong presence in the region. Spending continues to be cautious, but we can reasonably expect a boost of exploration activity. Perhaps soon, less will really be more.

Andrew Rodda joined Drillinginfo in May 2014, as an E&P Analyst for North West Europe, currently a senior analyst providing insights and writing editorial content for UK, Norway, Netherlands, Denmark, Ireland, Faroe Islands, Iceland and Greenland. Prior to Drillinginfo, he was an Offshore Logging Geologist for Halliburton, based in Aberdeen, primarily working on rigs and platforms in the North Sea. He holds a Bsc Honors degree in Geology from Plymouth University. 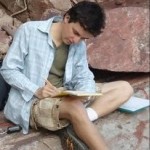 Andrew Rodda joined Drillinginfo in May 2014, as an E&P Analyst for North West Europe, currently a senior analyst providing insights and writing editorial content for UK, Norway, Netherlands, Denmark, Ireland, Faroe Islands, Iceland and Greenland. Prior to Drillinginfo, he was an Offshore Logging Geologist for Halliburton, based in Aberdeen, primarily working on rigs and platforms in the North Sea. He holds a Bsc Honors degree in Geology from Plymouth University.
More from Andrew Rodda