The Delaware Basin continues to be the leading basin in terms of deal flow with more than $15 billion in transactions YTD, which is 68 percent more than the next closest basin (Mid-Con/SCOOP and STACK). Resolute Energy could be the next major sale in the Delaware due to Kimmeridge Energy Management recently sending a letter to the Board of Directors of Resolute calling for them to swiftly begin a formal process to divest their Permian assets or merge the company with another Delaware Basin operator by the end of this year. Kimmeridge, who owns just less than 10 percent of the common shares of Resolute, believes that Resolute simply is not large enough to adequately develop their assets, and that an acquisition from a larger company is the best course of action. The following analysis was conducted using a variety of Drillinginfo products to derive an estimated proved reserves value, as well as identify potential candidates for an acquisition of Resolute’s Delaware Basin assets.

There are a decent number of offset operators to the Resolute acreage that would be ideal candidates for an acquisition of this size, and their past financial performance can be used as a guide for which candidate is most likely to consider the acquisition. Some of the top contenders include EOG, Conoco, Apache, and Energen (currently Diamondback).

According to Drillinginfo’s LandTrac leases and units, Resolute’s acreage position is centrally located in a high activity area of the Delaware Basin in the northern part of Reeves County (Figure 1). Using these DI LandTrac Leases, it is possible to determine if leases have any depth clauses mentioned in them that might diminish the value of the acreage (Figure 2). Of the 262 lease records that DI provides, there are 168 leases with depth clauses available, and 157 of those include Pugh clauses. The vast majority of these Pugh clauses mention the unit holding production down to 100 true vertical feet below the deepest producing formation, with some down to 300 feet below the deepest producing formation. Since most of Resolute’s wells are in the Wolfcamp A with a few going down to the Wolfcamp B, there should not be any leasing issues that materially affect the valuation of these assets. DI’s recently updated Basin Report on the Delaware Basin places this acreage in Tier 1 and Tier 2 EUR areas (Figure 3). Another asset for sale in the neighborhood is Felix Energy’s acreage in Loving, Winkler, and Ward counties. Although Felix has more net acreage than Resolute, their acreage is mostly in Tier 2 and Tier 3 EUR areas.

DI Play Assessment maps show that the acreage lies on a relatively thick section of both the Wolcamp A and Wolfcamp B (Figures 4 and 5). Structurally, the basin gets deeper from west to east, so target depths within the acreage are going to vary. Resolute also claims to have upside potential in the Bone Spring Third Sand, but the company’s major focus has been on developing the Wolfcamp A and B.

Figure 5 – Wolfcamp B Thickness: The acreage lights up as the reservoir thickness of the Wolfcamp B section seems to be maxed out under Resolute, seen as upside drilling locations

Resolute has made haste on their drilling program during the commodity price downturn by spudding 35 wells from the beginning of 2015 to the end of 2017 (Figure 6). They say that this was mostly achieved through the implementation of pad drilling and batch completions, using two rigs while drilling three well pads in close proximity. However, there has been a noticeable decrease in new wells being spud by Resolute in 2018.

Resolute’s performance has been significantly improving year-over-year. Their average IP has more than doubled over the past three years while maintaining steady production decline (Figure 7). This is most likely being driven by increased proppant usage over the past few years which can be seen in Figure 8. As newer wells are being completed with higher amounts of proppant, initial production is increasing as well.

Improvements in initial production can also be attributed to the drilling of longer laterals. Figure 9 shows a positive correlation between increased lateral length and first six months of production in BOE. The bubbles are colored by DI Landing Zone and sized by total proppant.

Using the 2017 Resolute 10-k and Intel Bytes from 1Derrick, an estimated number of remaining drilling locations was calculated. The August 2018 investor presentation for Resolute claims that the current spacing being used is 80 acres, so with net undeveloped acreage at 5,472 acres, the estimated number of remaining drilling locations is 68. For this analysis, the number of remaining locations was split evenly between the Wolfcamp A and B, so 34 wells per PUD scenario. Since Resolute is currently running two rigs, a well schedule was determined by assuming that two wells would be drilled every month, so one for each target landing zone. Average net revenue interest was assumed to be 80 percent for all cases. A flat oil price of $65/bbl and $3/Mcf for gas was used, and all NPV calculations were discounted at 10 percent. The following projections and economic outputs were calculated using DI WellCast.

Resolute’s August 2018 investor presentation also mentions significant upside potential by decreasing spacing assumptions in each target reservoir by infill drilling. This would result in twice as many drilling opportunities, meaning the PUD well count would jump from 68 to 136. This scenario was also modeled in DI WellCast, resulting in a $396 MM increase in present value to a PV10 of $1,579 MM (Figure 18).

Figure 20 was generated using the 1Derrick U.S. Deals M&A database, and it provides some meaningful metrics when evaluating a deal. Using these three recent transactions in the Delaware Basin, an average price per acre and price per BOE was calculated. Using the $12,981 price per acre value and Resolute’s 21,179 net acres (as stated in their 10-k), the estimated price for the acreage is about $274.9 MM. Then, taking the average price per BOE/d of $36,667 and multiplying it by Resolute’s average net daily production of 34,700 BOE/d, the estimated price for the PDP component of this potential transaction is about $1,272.3 MM. Using these metrics, the total purchase price for these assets could be as high as $1,547 MM. This is comparable to the DI WellCast upside case that resulted in $1,579 MM. Even though the PDP/PUD value split is different between the metric analysis and the reserves analysis, it is important to remember that each transaction is different, and these metrics should only be used as a reference tool for a valuation.

Figure 22 was created using the PLS Capitalize tool. Considering the metrics shown above, it appears EOG could be an ideal candidate for a bolt-on acquisition of this acreage. Their undrawn borrowing base and cash balance combined are more than $3 billion while their debt/EBITDA is the second lowest amongst this list of offset operators. However, sometimes debt/EBITDA ratios can be a misleading metric. For example, at the end of Q3 2018, Chesapeake had a debt/EBITDA ratio of 19.5 with a cash balance of about $4 MM but recently acquired WildHorse Resource Development in the Eagle Ford for just less than $4 billion.

When looking at Resolute’s well performance in the Wolfcamp A in relation to EOG’s offset performance to the north and south (Figure 23), Resolute has comparable calculated EUR for both oil and gas, proving that this acquisition would be very beneficial to EOG.

Figure 23 – Wolfcamp A type curve for EOG compared to Resolute

Jeb Burleson is a Technical Advisor at DrillingInfo with over 5 years of industry experience focusing on asset valuations for capital markets. His specialties include operational cost benefit analysis, well database management, economic modeling, decline curve analysis, and reserves forecasting. He obtained his BS in Petroleum Engineering from Texas A&M University in 2015 and was working as a Reservoir Engineer for an engineering consulting firm partnered with an international bank before joining the DI team. 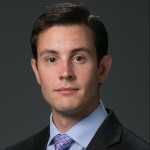 Jeb Burleson is a Technical Advisor at DrillingInfo with over 5 years of industry experience focusing on asset valuations for capital markets. His specialties include operational cost benefit analysis, well database management, economic modeling, decline curve analysis, and reserves forecasting. He obtained his BS in Petroleum Engineering from Texas A&M University in 2015 and was working as a Reservoir Engineer for an engineering consulting firm partnered with an international bank before joining the DI team.
More from jeb.burleson