There are two types of seismic waves that can be generated to illuminate deep geology – a compressional (P) wave and a shear (S) wave. The majority of seismic programs record only P waves. However, S waves have great value for detecting and estimating rock properties needed for reservoir characterization. In particular, S waves react to azimuthal anisotropy properties of rocks in a much more robust manner than do P waves. When an S wave propagates through an interval that has embedded azimuthal anisotropy, it splits into two daughter waves called the fast-S mode and the slow-S mode. A P-wave can also exhibit fast and slow behavior, but it does so in a much weaker manner than does an S wave. Because of this wave physics, S waves are far more valuable than P waves for detecting and characterizing fractures, subtle faults, and stress fields, all of which induce azimuthal anisotropy in layered rock and are key pieces of geologic information needed to characterize and exploit both conventional and unconventional reservoirs. When both P and S data are available, the velocity ratio VP/VS (VP = P-wave velocity; VS = S-wave velocity) can also be determined across targeted stratigraphic intervals. This velocity ratio is one of the best seismic attributes for distinguishing variations in rock type and is invaluable for mapping lithological variations within reservoir systems. Much more could be said about the value of S waves in geologic interpretations of reservoirs, but these few comments indicate several of the key applications that S waves provide.

Even though S waves contribute valuable information for prospect development, the amount of S-wave seismic data that is recorded worldwide is small compared to the amounts of P-wave data that are acquired across prospective basin areas. There are reasons, both on the data-acquisition side of S-wave technology and on the data-processing side, why there is low usage of S-wave reflection seismology. The purpose of this document is to describe a new approach to S-wave data acquisition that should lead to expanded use of S waves in prospect evaluation and reservoir characterization. This technology not only allows S-wave seismic data to be acquired at low cost, but it also expands the range of earth surface conditions over which S-wave sources can be deployed.

Figure 1. Direct-P and direct-SV body waves produced by a vertical-displacement source in a homogeneous earth. (a) A soft earth. (b) A hard earth. At take-off angle Ф, the amplitude of the direct-P mode is A, and the amplitude of the direct-SV mode is B. For a wide range of surface stiffness, a vertical-displacement source produces more SV-wave energy than P-wave energy.

Two types of direct-S data are produced by vertical-displacement sources. Type-1 direct-S data are S-S data which involve a downgoing illumination S wave and an upgoing reflected S wave. Type-2 data are SV-P data, which involves a downgoing SV wave and an upgoing P wave. An SV-P mode provides the same S-wave information and S-wave attributes as does the P-SV mode that is used by numerous people to evaluate hydrocarbon reservoirs when data are recorded with 3-component geophones.

An S-S image was then constructed from the far-offset data recorded by the transverse geophones in the vertical receiver array. This S-S image is displayed as Figure 3c after the S-S image-time scale is compressed to agree with the P-P image-time scale. The agreement between the P-P and S-S images is good. A particularly impressive aspect of the transverse-S image is the robust nature of the S-S reflections associated with the geology in the time window between 0.9 and 1.1 seconds. The bolder reflections in this data window are from top to bottom, respectively, the tops of the Upper Marcellus, Lower Marcellus, and Onandaga, the major targets of interest at this study site. The downlapping events immediately below 1.2 sec in the S-S image (Fig. 3c) show features of the Salina salt interval that are not revealed by the companion P-P image (Fig. 3a).The images in Figure 3 are the first public examples where VSP images made from direct-P and direct-S modes generated simultaneously by the same vertical vibrator have ever been compared. Previous to Year 2014, direct-S images created by vertical-displacement sources have been shown only to sponsors of the Exploration Geophysics Laboratory at the Bureau of Economic Geology.

Seismic data acquired across the Wolfberry play in the Midland Basin illustrate how vertical-displacement sources can be utilized to acquire direct-S data with surface-based receivers. These test data were generated by an array of three inline vertical vibrators and were recorded by single 3-C geophones deployed at surface-based receiver stations. Four images constructed from the data are compared in Figure 4. Two images were made from the direct-P mode, these being the P-P and P-SV images in Figures 4a and 4b, respectively. Common practice is to do no more than create only these two images with 3C3D data generated by a vertical-displacement source. However, when attention is focused on the direct-S modes emanating from the vertical-vibrator source stations, two more images can be made, the SV-P and S-S images shown as Figures 4c and 4d. These data are the first public exhibit of the four possible images that can be made with surface-based 3-C data generated by a vertical-displacement source.

The data windows used in these image comparisons span deep geology that starts near the base of the Wolfberry interval and extends into non-productive basement beneath the Ellenburger (depth of deepest marked reflection is more than 15,000 ft [4570 m]). The identification of key formations in the P-P image (Fig. 4a) was done using a local synthetic seismogram. The transfer of these P-P reflection events to their proper positions in the three companion image spaces (P-SV, SV-P, S-S) was done using the equations written on the data panels. These equations specify how depth intervals in P-P image space are related to equivalent depth intervals in P-SV, SV-P, and S-S image spaces. The VP/VS velocity ratio involved in these data-space transitions is an average of VP/VS velocity ratios observed in three local wells. The identification of formation tops in each image space is not precise but is sufficiently accurate to justify image comparisons of depth-equivalent geology.

Several points can be emphasized about the data examples in Figure 4. First, the quality of direct-S images (Figs. 4c, 4d) is equivalent to the quality of direct-P images (Figs. 4a, 4b). Second, direct-S modes image geology at deep depths equivalent to the depths of direct-P imaging. For example, basement event E labeled in Figure 4 is at a depth of more than 15,000 ft (4570 m). Third, the resolution of direct-S images is equivalent to the resolution of direct-P images. Fourth, direct-S modes produced by a vertical-displacement source are just as valuable for imaging geology as are direct-P modes produced by the same source. Fifth, the SV-P mode (Fig. 4c) provides the option of extracting valuable S-wave information and images from legacy P-wave data generated by a vertical-displacement source and recorded with only single-component vertical geophones.

VSP data have been acquired with 3-component geophones for decades. Thus the option for creating S-S and SV-P images from VSP data acquired with vertical-force sources is now available to users of VSP data. The possibility of reprocessing legacy VSP data to create S-S and SV-P images should be particularly attractive. Such legacy VSP data can provide valuable S-wave information without any investment in new VSP data acquisition.

Up to this point, when explorationists have worked with 3-component seismic data acquired with vertical-displacement sources, imaging options have been confined to just P-P and P-SV data (Figs. 4a and 4b). However, direct-S modes produced by vertical-displacement sources allow imaging options for 3-component data to be expanded to include S-S and SV-P images (Figs. 4c and 4d). Geologic interpretations will be more robust if these two direct-S images are included in the list of data that interpreters examine to analyze rock and fluid properties across prospects. In particular, the availability of S-S data can be quite important. Because S-S data are processed using common-midpoint (CMP) concepts, there will be some data-acquisition geometries where S-S images may be more reliable than P-SV data processed using common-conversion-point (CCP) concepts. Even in cases where there is no justification for questioning P-SV data processing, it is wise strategy to have a second S-wave image to integrate into an interpretation effort. The S-S images provided by vertical-force sources allow such a backup strategy.

The direct-S technology described here was developed at the Exploration Geophysics Laboratory at the Bureau of Economic Geology in Austin, Texas. Developers of this technology have concluded that SV-P data are an excellent choice for providing lower-cost S-wave information to the global seismic community. Their attraction to the SV-P mode is based on the following facts:

The combination of these facts leads to the conclusion that a focus on SV-P data will be the lowest cost and most widely available way to provide S-wave information to the global seismic community.

The author and The University of Texas at Austin are part owners of VertiShear, a company that licenses technology based on the vertical-displacement -source concepts discussed here. The terms of this VertiShear ownership have been reviewed and approved by The University of Texas at Austin in accordance with the University’s policy on objective research. Any seismic data-processing company interested in providing this new S-wave imaging technology to clients can contact VertiShear for licensing information [[email protected]]. Any group interested in applying this new S-wave imaging concept can also contact VertiShear for advice, expanded information, or recommendations about contacting licensed data-processing shops [[email protected]].

Bob A. Hardage received a PhD in physics from Oklahoma State University. He worked at Phillips Petroleum for 23 years where he advanced to the office of Exploration Manager for Asia and Latin America. His next assignment was a vice-president position at WesternAtlas. He then established a multicomponent seismic research laboratory at the Bureau of Economic Geology where he is now Senior Research Scientist. He has been a member of SEG for 48 years and an AAPG member for 44 years. SEG has awarded Bob a special commendation, life membership, and honorary membership. He wrote the monthly Geophysical Corner column for AAPG’s Explorer magazine for six years. AAPG has honored Bob with a distinguished service award for promoting geophysics among the geological community.

Latest posts by Bob A. Hardage (see all) 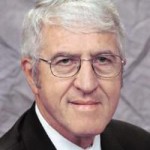 Bob A. Hardage received a PhD in physics from Oklahoma State University. He worked at Phillips Petroleum for 23 years where he advanced to the office of Exploration Manager for Asia and Latin America. His next assignment was a vice-president position at WesternAtlas. He then established a multicomponent seismic research laboratory at the Bureau of Economic Geology where he is now Senior Research Scientist. He has been a member of SEG for 48 years and an AAPG member for 44 years. SEG has awarded Bob a special commendation, life membership, and honorary membership. He wrote the monthly Geophysical Corner column for AAPG’s Explorer magazine for six years. AAPG has honored Bob with a distinguished service award for promoting geophysics among the geological community.
More from Bob Hardage