On my first day at Drillinginfo, I was greeted by a smiling Mark Nibbelink. “You must be the mystery man I’ve heard so much about,” he said with a calm demeanor. A month prior Mark reached out to my advising professor, Dr. Larry Lake, and requested candidates for a database analysis project. The Drillinginfo staff sought to determine the minimum amount of wells needed to predict estimated ultimate recovery (EUR) baskets for acreage grades within a play, specifically the Eagle Ford. Acreage grades measure an area of land’s potential production and are determined using a statistical model that also takes engineering parameters into consideration (azimuth, lateral length, etc).

When solving any problem, I constantly ask myself a universal set of questions:

These prompts help streamline a bulky framework, permit a fluid approach, and ensure a thorough solution.

WHAT DO I KNOW?

The Eagle Ford Shale ranks among the most heavily invested plays in the world.

Surprisingly, the Eagle Ford is mainly comprised of carbonate sediments rather than shales. With estimated proved reserves of 5,172 MMbbl and 23.7 Tcf, the Eagle Ford will remain relevant until hydrocarbons are no longer our primary energy source (EIA).

Unfortunately, the Texas Railroad Commission only requires operators to report liquid and gas production on a per lease basis, and does not require operators to report monthly produced water data. Drillinginfo estimates production rates for each well using a robust algorithm, however, we must make a mental note that some error is already present before we begin our analysis. The data’s interconnectivity presented a challenge. Each database possessed random instances of blank entries. Once I removed all extreme outliers (points outside of Q1-3*IQR and Q3+3*IQR) and ensured continuity, the dataset for analysis was reduced in size. (IQR=interquartile range)

WHAT DO I NEED TO KNOW?

Each play utilizes a unique grading methodology because no two plays exhibit identical characteristics. The most straightforward solution to the question posed would involve running the Eagle Ford’s grading algorithm numerous times for various sample sizes. After enough trials, the EUR grading bins would eventually converge at a certain sample size. I generated the box and whisker plots below to better understand the EUR distributions for each grade. These graphs are accompanied by a pie chart demonstrating the proportion of grades within the Eagle Ford.

I applied association rule learning (ARL) to the data set in order to evaluate which variables best correlate with which grades. Despite the amount of overlap between grades (in other words, a particular EUR value could be present in more than one bin), a clear trend exists of increasing median, Q1, and Q3 values when moving to better quality grades.

WHICH PERTINENT METHOD(S) SHOULD I USE?

When a clever solution fails to present itself, sometimes brute force is the only way to go. In this instance, the brute force method was an algorithm to calculate the average median and IQR error values for a certain sample size by simulating their random selection thousands of times. The median and IQR error values yielded a normal distribution due to the large amount of repetitions. The plots below demonstrate how average error values change with an increasing sample size.

At a sample size of about 250, the average relative median errors for grades A-C are roughly 8 percent, while the average relative IQR error values are about 18 percent. In my opinion, this is the best trade-off between sample size and error. The sporadic nature concerning E grade error was due to the small proportion of E grades compared to all other grades. A sufficient amount of E grade wells were not incorporated into the randomly selected samples until the sample size grew to roughly 1000. I predict the same behavior would have characterized grades F through J, if I included them in the simulation.

We are investigating whether these results can be used to provide uncertainty limits on reserve estimations, as well as defining techniques which operators can use to know, at the earliest possible time, when they can reasonably begin to predict well EURs and therefore acreage grade assignments.

Jessep Towne is a Data Science Intern at DrillingInfo. Jessep is a junior, majoring in Petroleum Engineering, at The University of Texas at Austin. He performs undergraduate research under Dr. Larry Lake. His main research topic is the application of data mining techniques to the oil & gas industry. 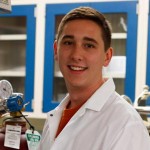 Jessep Towne is a Data Science Intern at DrillingInfo. Jessep is a junior, majoring in Petroleum Engineering, at The University of Texas at Austin. He performs undergraduate research under Dr. Larry Lake. His main research topic is the application of data mining techniques to the oil & gas industry.
More from JTowne