HOW TO BUILD A US PRODUCTION FORECAST IN YOUR SPARE TIME!

Drillinginfo released its Drillinginfo Index of US Production in February to an enthusiastic reception. Meant to add a level of depth above and beyond a simple rig count, this Index quantifies the combined peak production rate for wells drilled in the last month. This, of course, is an interesting number. Even more interesting is the change month over month that this represents, since it accounts for per well increase in production and the move from much lower producing vertical wells to much higher producing horizontal wells.

So, as cool as this information is, what is our prognosis?

The fast answer is that US oil production will peak in May, and track within a 150k barrels per day window underneath that peak rate for the rest of 2015. To understand how we arrive at this, read on.

How much production does a new well represent?

First, we collect the well by well production from our database for the last several years to better understand the “core decline” of US oil production. For sake of normalization, I converted to Barrels of Oil Per Day instead of Barrels of Oil Per Month. In this case, I took Era 2010 and prior wells, Era 2011, Era 2012, Era 2013, Era 2014, wells and looked at the month by month production from these wells since January 2011 until December of 2014. That chart looks something like this.

There are a couple of interesting things to note here. First, the production peak increase from 2011 era wells to 2014 era wells nearly doubled. Second, the last couple of months are curiously low. Well, not curious to us, but should be curious to you. Various states have different rules as to when producers report, which causes a fairly systematic under-reporting of production in the most recent few months that need to be corrected. You need to look at each stream and define an algorithm that fits the trends we see. Easy enough.

When we convert these monthly numbers to a “Production Per Well” metric, we get the following:

This shape very clearly illustrates that January is a full month of production for only around 3% of the wells, that February represents a full month for 51%, that March represents 67%, and so on. The line flattens out towards what the average monthly production is per well in the calculation. Important to note is the 3 fold increase between 2011 era wells and 2014 era wells. This is caused principally by the shift in drilling from vertical wells to horizontal wells, but also with a smaller but real contribution from horizontal wells getting better and better.

Thus far, the exercise gets us to today. How do we forecast forward? This is where it gets fun!

How many wells have been drilled?

From our database, I look at new drilling permits that had a rig visit in the past 30 days. In fact, I look at this going backwards for many months. This is how I determine how many wells are actually brought into production and when. The whole issue of “drilled but not completed” can be quantified and the rates at which this happens quantified. This is an interesting chart from 2014.

This chart shows the number of wells that were drilled (in the Bakken) in the particular month, when the production information began trickling in, and by what month. (Grey indicates wells that haven’t reported yet).

This goes towards calculating a forward projection from the number of wells drilled to what will be in production. The workflow is shown here:

In this case, we know the wells drilled until end of March, 2015. We also have a very good idea of wells in overall production through October 2014, and modeled until December 2014. In this case, I assume that the month over month drop in number of wells drilled will moderate significantly and flatten out by August of 2015. I also compare the string of wells brought into production and compare the shape of the curve to the wells drilled at varying time points forward. As shown here (and, thankfully, matching my earlier example), the best fit seems to be around 5 months, as defined by the standard deviation of the results approaching zero. Interestingly, this also shows that the number of wells NOT brought into production within that 5 month period has increased from 23% in September 2014 to close to 29% in December 2015. This seems to confirm the apocryphal stories being bandied about in regard to an increase in wells drilled but not completed, or, at least, not brought into production.

Now it is a simple effort to extrapolate our current trends for past and current per well production to future production. This also assumes that no more than 25% of wells are being held back. This, therefore, is a bit of a conservative estimate. When we stack all the former years up, we forward progress their component production through 2015 using the old tried and true hyperbolic equation, we get the following:

All in all, US unconventional oil has proven to be a very resilient resource, and a very different beast from international conventionals, which are much more sensitive to big point price disruptions and delays. In any case, with Cushing not seeming to add much more to storage as per Genscape’s report last weekend, US refineries coming back online, and the flattening of US production on the near horizon, the balance seems to be returning. 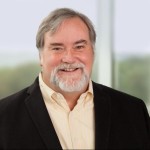