Directional Drilling Surveys from Paper to the Web

When an operator drills a well there are cases in which the well path must be precisely mapped. In these cases a directional survey of the well path is created in order to represent its location in three dimensional space. The directional surveys are then filed in an image or .pdf format with the regulatory agencies in the state that the well was drilled.

Drillinginfo has decided to make these surveys available to customers wherever possible. This is where the data challenge begins.

The surveys are often image based, not in a .csv format, and of poor image quality. Once collected the survey must be digitized, cleaned of errors, properly mapped and finally made available to customers. This process involves clear communication between individuals, cross department collaboration, and cross database/datatype processing in order to deliver a quality final product.

We start with well files from state regulatory agencies. For our data ingestion a directional survey consists of two parts.

There is the survey header which is comprised of the well specific information such as location, north reference type, magnetic declination, grid correction and the geodetic datum in which the survey was mapped. This header information becomes important later in the process as it is partially what allows for accurate mapping of the well path.

Combined these are the values that are going to be used later on to compute each station point’s position in space.

Well files are then scraped for the above directional survey information or manually parsed by data management personnel to identify individual directional surveys. Since many of these surveys are in an image format an OCR (Optical character recognition) software package is used. This allows for digitization of the image into database compatible formats.

The newly digitized data runs through an extensive set of business rule checks. This cleansing step looks at every aspect of the captured data to ensure it is within range and correctly represents the values that existed on the source document. We look for anomalies such as values that are out of range, gaps in measured depth which would indicate a missing row, and dog leg severity (DLS-the rate at which a well path changes direction in degrees/100ft) being outside the norm. There are dozens of data QC steps that take place along the way, when a survey fails these steps it is pulled out of the system for manual review to ensure that it matches the source document.

Once data ingestion and QC is complete the surveys move to the mapping phase.

Now that the surveys have been validated they move on to the mapping phase of the process.

An ETL (extract, transform, load) process is used to move the surveys into a spatial database where they can be processed using ESRI tools. Directional surveys are fed into a custom geospatial process which will perform all of the calculations needed in order to map each individual survey.

The first step of this process works with the header data from the survey. Here the start location is defined as the well’s surface location. The projected coordinate system that was used for the survey is then taken into account along with the north reference type. When needed the appropriate grid or magnetic correction is applied to all azimuth values in the survey in order to normalize them to true north.

Now the task of calculating each station point in space begins. There are a number of industry standard methods that can be used but one of the more accurate methods is called Minimum Curvature and, therefore, this is the method that was chosen for this process.

The Minimum Curvature calculations compare each point to the one after it and reference the change in azimuth, inclination and measured depth in order to compute a change in X, Y and Z position measured in feet between the two points. These changes can then be summed to give the total change in position from the origin for each point.

These values only give us the position of each point in relation to the location of the well. They must now be converted to values from the projected coordinate system the survey was created in, in Texas the State Plane Coordinate system NAD 1927 is the most commonly used.

Once the values have been converted to State Plane in X,Y feet they can then be easily transformed and mapped in any desired projection or datum. We transform them to the WGS 84 (World geologic survey1984) datum so that they can be more easily displayed on the Drillinginfo website.

There are also instances where more than one survey exists per well. In this case there are a few methods of dealing with multiple surveys. One issue is that of duplicate surveys where displaying more than one is simply showing redundant data. In this case specific survey attributes are compared to eliminate redundant records.

There are also many cases where multiple surveys must be merged. A good example is when one survey exists for the vertical portion of the well and another for the lateral. These two surveys must be merged together at a point, called the Tie-in Point. This step to define the Tie-in Point and merge records allows us create a single trajectory from multiple surveys and allow a complete view of the well path in a single record. This ends the automated mapping process and the surveys are then sent to the website to be viewed and downloaded by customers.

At the end of the day we have a product that customers can view, download and use in their daily workflows. We have taken a very complex dataset that existed only in an image format, converted it to digital data, cleaned the data to flag any errors insuring quality directional surveys, and finally mapped and produced the surveys to our customers.

What makes this even more amazing is the level of automation from start to finish. From the point that an image is fed into the OCR program to when a customer can download it on the other there is no need to touch or interact with the data unless errors are identified, and even then a vast majority of the errors are isolated, defined and repaired with full automation. This process allows Drillinginfo to acquire, ingest, and supply directional surveys to customers at an exceedingly rapid pace with minimal chance for error. 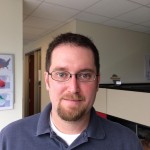