Diamondback Energy is in on a Permian buying spree where it has made two subsequent major acquisitions in a week. The company continues to retain its position in the league of top Permian buyers which includes BP as a newbie in the Permian market. The deals place Diamondback as the third largest producer in the Permian region.

In the first transaction, Diamondback Energy enters into an agreement to acquire the assets of Kelso & Co. and Wyatt Energy funded Ajax Resources for approximately $1.25 billion. The assets include 25,493 net leasehold acres in the Northern Midland Basin with current production of 12.1 MBOE/d (88% oil) as well as certain saltwater and fresh water midstream infrastructure. This deal, however, makes strategic sense for Diamondback as the assets lie adjacent to the company’s existing acreage in northwest Martin and northeast Andrew counties, while doubling its total net locations in the area to 680. The deal increases the company’s core Midland acreage from 84,000 net acres to about 109,000 net acres.

From the seller’s perspective, Ajax has made a successful exit from the region at a good price. The sale also allows Kelso to monetize its investment while retaining an equity interest in one of the premier Permian firms.

Following the Ajax deal, Diamondback continued its Permian consolidation by the acquisition of the Permian pure-play Energen in an all-stock transaction. The deal values at $8.37 billion in Diamondback stock plus assumption of $830 million in debt.

Diamondback has taken the advantage of its highly-valued equity ($47.94 enterprise value (EV) per BOE of Reserves, $142,787 EV per daily BOE of production), the highest in a universe of 45 major E&Ps, to acquire the much lower valued Energen, which is trading at $17.88/BOE of Reserves, and $82,464/daily BOE produced. The transaction will create the eighth largest US E&P by enterprise value ($27 billion).

Through the merger with Diamondback, Energen investors reap a 19% premium to the current stock price and gain nearly 40% ownership in an entity with a pro forma EV/BOE of $32.46 and an EV/daily BOE of $113,97.

With these deals, Diamondback stands as a strong player in the fast-growing oil region.

To speak with an expert about this article fill out the form below and someone will be in touch as soon as possible. 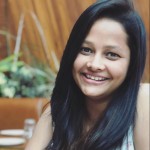