Consider the Tortoises When Investing in Domestic Unconventional Operators

The tortoise and the hare may be the most famous folk tale in the western world. The confident hare blasts out of the starting block leaving the tortoise in the dust. Slowly and steadily, the tortoise passes the napping hare. With domestic unconventional production, most of the performance so far has been judged via short term results. We may have failed to recognize that unconventional production is a marathon, and the “winners” proclaimed in the press are those ahead after a quarter mile. Sprinters, really. Choking back production or opening it up? There are very good reasons to be fast sprinters. Trading some estimated ultimate recovery (EUR) for faster early production (or, in financial parlance, trading ROI for IRR) at $100 per barrel looks pretty smart today as oil wallows around $45 per barrel. High “headline” initial production rates translate into faster payouts and leverage into better enterprise value for public players. We have recognized for some time that slower initial rates will often result in higher EUR… trading IRR for ROI. With the price of oil less than $50 per barrel, it might pay off for investors to consider the best long distance runners.

One company to look at is Murphy Oil. Murphy’s initial peak rate production for oil in the Eagle Ford versus some of it’s highly regarded competitors (figure 1), show it is slow out of the gate while the likes of EOG fire out like Usain Bolt. Trailing Marathon and Chesapeake, Murphy falls below the median production of all operators for the play. However the picture changes dramatically when looking at average initial 2 year production (figure 2).

Murphy passes EOG and is closing strong on Chesapeake and Marathon. Murphy’s production also rises above the median of all producing wells. By further isolating to only year 2 production (figure 3), Murphy emerges as the clear leader.

According to the Q2 investor presentations released by each of these companies, Murphy appears to have the lowest well costs in the Eagle Ford boasting a $4.95 million number. Marathon issued a chart with these costs around $5 million. Chesapeake states they have costs down to $5.2 million while EOG issues a $5.5 million number for current Q2 wells.

While we don’t have a crystal ball, we do think it is reasonable to believe that oil prices will be higher, perhaps substantively, in 2-3 years than they are today. In this environment, it could very well pay off to identify operators who are effectively cutting well costs with a completion or choke strategy designed around optimizing production for EUR in order to maximize the opportunity for the production stream to be able to take advantage of relatively higher price for more of its stream. Maybe this is a time when the investing community can learn a little something from the tortoise.

Clint Barefoot is a Solutions Architect at Drillinginfo. He is responsible for working with clients to help maximize ROI using Drillinginfo products. Clint has a Master's degree in Geology from Oklahoma State University and worked at Chesapeake Energy prior to joining Drillinginfo. 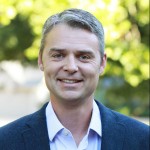 Clint Barefoot is a Solutions Architect at Drillinginfo. He is responsible for working with clients to help maximize ROI using Drillinginfo products. Clint has a Master's degree in Geology from Oklahoma State University and worked at Chesapeake Energy prior to joining Drillinginfo.
More from CBarefoot