Completion Trends: Proppant and Fluid Concentrations on the Upswing Across All Basins

One thing that has always been drilled into my head is that I must consider each formation separately because no two geologic settings are the same. In my current position at Drillinginfo, I get the privilege of looking across multiple formations while speaking to different people every day. One thing that I noticed is that no matter where I looked, the trends in completions always seemed to be the same. As illustrated in Figure 1a, the trend is undeniable: Over time, operators have been consistently pushing the proppant and fluid concentrations up and to the right. When I looked at this trend across all the major basins (Figure 1b) the theme of “up and to the right” seemed to hold true but with some subtle differences in slopes and ratios. Throughout my analysis I found this observation to largely hold true; at the surface, most completions appear to be similar across each formation. It takes a closer look to understand how they are different.

Figure 1a – Average proppant (top) and fluid (bottom) per lateral foot over time.

To fully explore the differences, or lack thereof, in completions across all formations in all basins would require a much longer post that I was willing to commit to, so I decided to focus my exploration in the area with the most activity, the Permian Basin.

As obvious as it sounds, I first had to be sure that operators were completing multiple formations, and which ones. Figure 2 gives a breakdown of the top producing intervals in the Permian since the start of 2013 (the left side is colored to indicate the contribution by each side of the basin). As simple as this may sound, in Texas reported producing reservoir can be extremely vague and most often is no help at all in identifying where wellbore has landed (see right side of Figure 2). But, I was fortunate enough to capitalize on the hard work of Drillinginfo’s geologists and quickly understand exactly which formations to explore further.

The main trends here seem clear: The Midland Basin is dominated by the Wolfcamp B, while the Delaware Basin gets most of its production from the Wolfcamp A, with the Bone Spring 2nd Sand not too far behind. After those formations the differences become much smaller. With the end goal of being able to create meaningful visualizations, I decided to focus on the top nine formations by count, so everything to the right of the Wolfcamp D in Figure 2 was excluded.
The next step was to verify that these are distinctly different geologic formations. Once again thanks to the hard work of DI’s geology team, I was able quickly examine the average log curve across each interval. Figure 3 shows the distribution of the log curve values for each geologic interval. It is immediately clear that there is a distinct change in resistivity values across each formation. From there the differences become slightly more subtle, however, there are still distinctions, especially when you compare the shale formations to the sands and carbonates.

Having confirmed that each formation is different from the other, I started to look deeper into the completions of these intervals. First, I looked at the lateral length for wells drilled from 2013 to 2017 relative to each of these formations (Figure 4). From this chart it can be seen that the Lower Spraberry and Wolfcamp sections lead the way as far as lateral length per well, with the other five formations having distinctly shorter horizontals on average. However, the range (max to minimum lateral length) is very similar for each formation. Because many factors can go into determining the lateral length of a well, I did not want to consider it as a variable in determining completions differences; however, this view made it clear that it was something that I needed to normalize for. After all, pumping a million pounds of proppant into a 5,000-foot lateral is not nearly the same as pumping the same amount into a 10,000-foot lateral.

Examination of Proppant and Fluid Use Across Formations

The two largest variables in completions behind lateral length (keeping in mind that all subsequent charts from here on are normalized to lateral length) are proppant and fluid usage. These two materials generally account for more than 95% of the entire frac slurry. In Figures 5a and 5b the theme of subtle differences once again is evident. When looking at the mean amount of proppant (Figure 5a), the Lower Spraberry has been completed with the most proppant and the Bone Spring 3rd sand has used the least. There is a slight trend that probably would not meet the standards for “statistically different” as you look at the average amount used from the Spraberry down to the Bone Spring 3rd Sand, but there is some indication that the amount of proppant used per interval is changing. When examining the fluid the trend appears a little more clearly, while the overlap in confidence intervals for the mean values is much smaller and there is a noticeable decrease across the formations.

Next, I examined the interaction between proppant and fluid. Figure 6 shows the proppant concentration per gallon. As expected this looks similar to the fluid comparison image, with some separation between the groups. However, there are a few key differences. First the order is almost completely reversed, with the Bone Spring wells having the highest concentration and the Spraberry having the lowest. A final observation on this visualization is that the trend is not completely inversed from the fluid volume trend. This indicates that operators are not adjusting proppant and fluid volumes at the same ratio per geologic interval but rather adjusting them independent of each other.

Examination of Additive Amounts and Treatment Types Across Formations

While other additives typically account for the very small minority of the variance in a completion, I still felt it necessary to do my due diligence and examine their properties. Working under the assumption that a more complex treatment, such as a high-density crosslink, would require more chemicals than a simple slickwater, I summed all additives other than proppant and base water to examine their differences. Because of the relatively small percentages of other additives pumped I needed to log transform the results to more easily compare them. The interesting takeaway here is that there are distinct differences in additive usage between the Wolfcamp and Spraberry intervals to the Bone Spring intervals, indicating that the treatment type does not vary much between formations and is mostly determined by rock type.

To draw a conclusion from this data I first have to realize that only looking at the proppant, fluid, and additives will not give me a wholistic view of completions. Treatment rates, pad volumes, and relative concentrations of each material during the hydraulic fracturing of these wells could, and most likely will, vary across each of these formations, even if only in a subtle way.
Keeping the limitations of my research in mind, I looked to interpret the results. Figure 8 gives the averages for each of the key metrics. It can be seen that no two formations have the same average values throughout each metric and there appears to be a distinct trend when considering the larger geologic picture. Shales use more proppant and fluid but in lower concentrations then more traditional reservoir rocks.

The statistician in me would see that there was enough overlap in these averages to be concerned with calling each formation’s completion unique. However, the practical side of me looks at the whole picture (Figure 9) along with the unknown completion parameters and understands that while the differences may be subtle, the summation of subtle differences can be quite large, so it is clear that Permian operators are taking their own advice and each formation is being treated separately. 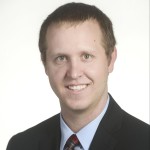