The luxurious lifestyle of coal mine owners (catchphrase “meilaoban”) is no news to Chinese people. However, limousines and lavish wedding ceremonies are recently becoming less common in the city of Yulin, a city built on its coal mines underneath. “Life is getting much more difficult for those coal mine owners’, says Mr. Zhang, a local driver, “The government is making efforts to regulate the industry. Plus coal is cheaper now. Those owners are losing money and they are seeking for their next big venture”.

Lately Chinese government enacted polices to regulate the coal industry, as an effort to combat the air pollution that routinely chokes the residents. The oversupply of seaborne natural gas since 2009 contributed to the coal price rushing to the bottom. Natural gas, on the other hand, is favored by Beijing because of its high efficiency and low carbon emissions. Given that China burns the most coal in the world, its diverging from coal to other energy resources will significantly decrease world coal consumptions. In fact, Exxon Mobile predicts that natural gas will surpass coal as the second-largest fuel source by 2040 (The Outlook for Energy: a View to 2040, 2014).

EIA predicts that China’s demand for natural gas will triple from 5.2 Tcf in 2012 to 17.5 Tcf by 2040. (EIA International Energy Outlook, 2013) Where to find the supply? In a recent contract Russian company Gazprom will be providing natural gas to China at 1.3 Tcf/year in the next 30 years, but it is still far from meeting the high demand in China. EIA (2014) predicts that the majority of the production will be domestic.

Could the shale gas success of the US be replicated in China? After all, China has a technically recoverable shale gas of 1,115tcf, ranking top of all countries in the world (EIA).

The fact is that road blocks exist for tapping the huge pool of resources. Compared with the US, shale formations in China are buried far deeper underground (Fig. 2). Also, “the recovery of shale gas requires easy access to transportation and water, which are scarce in most of those regions”, says Professor Dazhong Dong, senior geologist at PetroChina.

The largest reserve lies in Tarim Basin far west in the desert, and the lack of water can be a huge issue to horizontal drilling. Sichuan Basin in the southwest China has one of the earliest shale gas wells, yet large scale operations and transportation are difficult because of the mountainous terrain. Ordos basin has a less troublesome landscape but is likely to have low organic matter content due to its non-marine sedimentary environment. (Fig. 3)

China Shale exploration is in its infancy right now. It will require years of hard work before they reach a mass production level. While in the US leasing and permitting usually takes a while to get done, China can probably do it faster. Since the land is owned by the country, all it takes is Beijing deciding to adopt an exploration plan. China is now aiming to bring natural gas production to 3.5 Tcf by 2020 in its five-year plans. To reach these goals Chinese will need cooperation with US companies with experience and know-how. Lately Chevron joined in CNPC (China National Petroleum Corp) in a venture to tap the shale gas reserves in Changning, Sichuan Basin. Shell and Total both have taken actions in Sichuan and Ordos Basins as well.

Unconventional Exploration is Key for the Future

The economical development in the third world will remain strong for the next a few decades. Global energy demand is projected to rise by about 35% from 2010 to 2040 (The outlook for Energy: a view to 2040, 2014). With renewable energy projected to serve less than 5% of the supply and the importance of traditional coal, oil and gas declining, one can expect unconventional in high demand in those fast developing regions. The US might be exporting shale gas technologies and expertise to countries like China and Mexico to meet their accelerating energy demand for economic growth.

Maybe it’s time for the Chinese coal miners to reach out to oil and gas companies on the other side of the Pacific Ocean.

Fei Ma is an intern in the DI Analytics group of Drillinginfo in 2014. She performs statistical analysis and builds models to visualize geologic information. As a PhD student at University of Wisconsin Madison, she simulates dune geomorphologies through R programming. She researched in marine geology during her undergraduate at Nanjing University, China. 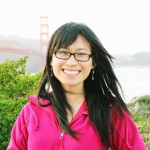 Fei Ma is an intern in the DI Analytics group of Drillinginfo in 2014. She performs statistical analysis and builds models to visualize geologic information. As a PhD student at University of Wisconsin Madison, she simulates dune geomorphologies through R programming. She researched in marine geology during her undergraduate at Nanjing University, China.
More from FeiMa