Since Apache’s September 7, 2016 announcement of a new resource play in the southern section of the Delaware Basin, much speculation has occurred around just how big of a discovery this is along with anticipation for the release of initial results.

In their announcement, Apache estimated this new play, dubbed the Alpine High, contained at least 15 billion barrels of oil and gas. Analysts and geologists alike were skeptical, however. Historically, this part of the Delaware Basin had shown low production. From January 2011 to June 1, 2016 (before Apache’s first production dates), the average EURs in the Alpine High were between 230,000 and 248,000 mcf.

Due to these historically low production levels, Apache was able to secure a lot of acreage at a very low price. The company quietly acquired leases through third-party landmen. After the paperwork was signed, the land companies assigned the leases to Apache. This process allowed them to scoop up 320,000 net acres at an average of $1,300 per net acre without prematurely alerting anyone to their find through a frenzy of leasing activity.

In the past three years, 1,497 leases were filed in the Alpine High. At first glance, Apache holds a relatively small portion of those leases; they are the Grantee for only 203 and the Legal Assignee for just 107. The problem with using only Grantee and Legal Assignee as leaseholder designators is that there is a lag between a lease being assigned and the assignment being filed. Therefore, the true Legal Assignee could be hidden for several months.

Drillinginfo uses an algorithm to determine the most likely holder of a lease.

This algorithm results in a new dataset called Spatial Assignees.

Over the past three years, Apache is the Spatial Assignee on 122 leases in the Alpine High.
Add in the leases that still list the land companies working on Apache’s behalf as the Grantees and the result is 722 out of 1,497 leases belonging to Apache – nearly half the play.

With so much of the play in Apache’s hands, analysts and geologists were forced to wait for Apache’s results to make any real determinations about whether the Alpine High was in fact undervalued. In their February 14th investor presentation, Apache released results from the first six months of production for their current test wells. Most of the wells do not provide enough data to make long-term production estimates; however, we can predict EURs for at least two of the wells, which we can then compare to Apache’s EUR estimates and to similar wells in the SCOOP/STACK, an area that Apache has compared to the Alpine High.

Apache claimed EURs for gas wells of 4-10M mcf. The limited data available for testing analysis revealed EURs just below that range – 2.55M-3.05M mcf for the Mont Blanc 1H well and 1-2.9M mcf for the Weissmies well, both of which target the Woodford.

Compare both Apache’s initial estimates and the current results with gas wells targeting the Woodford formation in the SCOOP/STACK. EURs from two sample wells with relatively high production in Grady County, OK, show EURs of 3.4M mcf and 2.76M mcf.

SCOOP well in Grady County with an EUR of 3.4M mcf

SCOOP well in Grady County with EUR of 2.76M mcf

Based on a limited amount of data, Apache seems to be correct that the Alpine High far exceeds what was traditionally thought to be the production limits of the area and, in fact, may have the production potential of the SCOOP/STACK.

One could also argue the initial production from these test wells is expectedly – perhaps even purposely – much lower than its potential.

Existing pipelines around the area of the Alpine High

Another measure of the likely future production of Alpine High wells is current activity. Between September 8, 2016 and March 2, 2017, there were 13 permits filed in the Alpine High, 12 of which are Apache’s.

Leasing activity in the Alpine High

As of March 2, there are five active rigs, four of which are drilling Apache wells. This number is in line with Apache’s stated plans of running a four to six rig program in the area.

Active rigs in the Alpine High

In addition to this current activity, Apache has dedicated $500M of the $2B 2017 capital expenditures budget to the Alpine High. This is also an indication of Apache’s confidence in future production.

In the next six months, as more data is released, we should have a more complete picture of the true potential of the Alpine High. 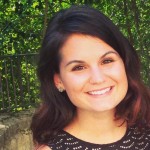