Africa Oil and Gas: Mozambique’s President Leads the Charge for Exploration and Development

East Africa oil and gas has become a focus of attention for African new ventures for most international oil companies (IOCs), from Houston to Beijing.

But the huge, high-quality gas finds in exceptional reservoirs in the offshore Rovuma Basin in Mozambique have brought IOCs to East Africa as never before. Multi-billion dollar post-appraisal deals have been done (Eni-CNPC, Videocon-ONGC-OIL); and are being negotiated (Anadarko, with many suitors).

With continuing geopolitical difficulties in North Africa and in Nigeria, where better place in Africa to explore?

Mozambique had GDP growth of 7.5% in 2012 and is expected to reach 8.5% in 2013 – one of the highest in Africa. The industrial development promised by LNG development is predicted by the IMF to push up GDP/capita to $963 by 2017, and possibly eradicate the extremes of poverty and unemployment. The petroleum business will be a national game-changer for Mozambique.

A critical factor in Mozambique is that the state infrastructure is well-established and stable. National company ENH has existed since 1982, and it has been extensively helped in governance by NORAD, the Norwegian Aid body, since 1983. The current Chairman is Nelson Ocuane, a geologist by background, and in this position since 2007. The national oil company Empresa Nacional de Petróleo (ENP) was separated off in function from INP in 2005 and, now, as ENH, is forging its own path towards the goal of becoming a full operating company.

Generally, ENH holds equity in PSCs (5 to 30%) on behalf of the Mozambican government.

The Instituto Nacional de Petróleo (INP) is the state body which runs petroleum licensing. Chairman Arsenio Mabote, a petroleum engineer, has been in place since 2005. Before, he was with ENH from 1983, and head from 1995. The national oil entities are well versed in running transparent and well-ordered licensing rounds; this year’s projected round will be the fifth. Previously, INP brought a road-show to London and Houston in 2007 and was assisted by PGS Reservoir; but this time around, INP will feel that IOCs should present their credentials in Maputo.

These two institutions report to the Minister, Ms Esperança Bias – an economist who has been at the Ministry since 2005.

Gas production and export has been established since the early 2000s when Sasol started to develop the Pande and Temane fields. The crucial experience has allowed ENH (and later INP) to develop relations and a modus operandi with IOCs: it knows how the global business works, and that a fair profit must be made. Elsewhere in East Africa there have been major misunderstandings between the different actors, leading to stand-offs and significant delays in oil and gas projects.

The patriarch of exploration, development and commercialisation is South African industrial combine Sasol, whose interest stemmed from its requirement for gas to drive its chemical plants at Secunda in South Africa.

The Pande gas field was discovered in 1961 by Gulf Oil, and Temane in 1967, but both were side-lined as gas was not of interest. Sasol Petroleum International began intensive exploration in 2003, and development of Temane started in January 2004, while Pande started in 2008. Financing for the 865 km pipeline and other infrastructure was provided by the World Bank, EIB and other lending institutions. An expansion of the plant inaugurated in 2012 by President Armando Guebuza lifted the production by 50% to 183 GJ / year. INP notes that Sasol’s current “reserves” at its Pande, Temane and Inhassoro fields are 5.5 TCF. The Inhassoro field has also flowed liquid oil, and an (ongoing) extended production test from well Inhassoro 9-z may lead to the first light oil production in East Africa.

Sasol – although not present in the Rovuma Basin bonanza – is discreetly ploughing its own furrow in Mozambique exploration. Besides the Pande and Temane gas fields, it holds the offshore block 16/19, where it made gas discoveries with Ndjika 1 & 2 and more recently has been testing deeper plays such as pre-Tertiary reefs; the Sofala block, and the M-10 block (the latter just relinquished).

A Look Back at Previous Rounds

The “first licensing round” according to INP was held in 2000 and 14 blocks were offered, mainly shallow water Mozambique Basin and deep water Zambezi Delta. This was preceded by licensing in 1983, when both Shell and Esso were awarded onshore tracts in the Rovuma. Also at this time, Geco Geophysical conducted a major, 13,000 km multi-client offshore seismic survey – but interest was minimal. It was premature by two decades.

The second licensing round in 2005-2006 involved just the Rovuma Basin, resulting in awards to Anadarko (Offshore Area 1), Eni (Offshore Area 4), Norsk Hydro (Statoil) (Offshore Area 2&5), Petronas (Offshore Area 3 & 6), and Artumas (Onshore Area – farmed out to Anadarko / M et P/ Wentworth). To date, the Anadarko group, the Eni group, and the Statoil group have enjoyed giant gas finds in the deep water. But Petronas’s initial drilling has been a disappointment (Marlin 1, P and A dry, 2012), which raises questions on how far southwards the play fairway might extend. Anadarko has drilled one well in the onshore block (Mecupa 1, 2009, P & A with oil and gas shows). It has now secured an extension on the current period to evaluate new seismic data, and will drill two wells in 2014. Onshore E&P has some way to go.

An 8-year licence for the onshore Buzi block was awarded to state company ENH in 2008, and there was talk of a $30 million exploration programme. But ENH farmed out a 75% stake and operatorship to Indonesian company PT Kalila; its subsidiary Buzi Exploration has been slow with exploration operations, and has just completed a 2D seismic survey and plans its first two wells shortly.

DNO signed an EPCC with INP for the Inhaminga Block (34% WI, with partners New Age (41%) and Harmattan Uruguay (5%) and ENH (20%). DNO undertook an exploration programme and drilled two unsuccessful wells (Chite 1, Inhaminga High1), and in June 2011 it decided to pull out.

In Q4 2012, state company ENH was awarded a major onshore exploration tract (Mazenga) in southern Mozambique by INP. The award is awaiting publication in the Official Gazette, but preparatory G&G studies have been undertaken. ENH is being advised by the UK consultancy ERCL, which also has a long-term agreement to assist INP for technical aspects of the 5th Round.

The Fifth Licensing Round

The upcoming fifth round will include areas of the huge Mozambique Basin, which extends southwards from the gas-prone Rovuma for 2000km to the South African border. Parts of Areas A, B, and C will be included. However, modifications to the Petroleum Code must be enacted, which may take a few months yet.

New Laws and the Portugese Connection

The Bill to amend the 2001 Petroleum Law was passed by the Council of Ministers 9 April 2013. New clauses to bring the laws up to date include addressing transparent and competitive bidding, environmental requirements, local community development and “rationalisation of petroleum resources.”

When all is in place, a new round is expected later in 2013. In a recent interview, the Minister has said that ENH may have a share of 5 to 30% as now “or more”. A part of the national stake could later be sold on to private Mozambican companies.

A factor to remember in Mozambique is the Portuguese-speaking (Lusophone) connection. The ex-Portuguese colonies of Angola, Brazil and Mozambique all help each other, politically and industrially. There have been reciprocal state visits between the Presidents dos Santos and Guebuza (oil and gas agreements were signed). President dos Santos’ daughter, Ms Isabel dos Santos, reputedly the richest woman in Africa, is investing heavily this year in industrial development in Mozambique. All are nationalistic (but pragmatic), and are striving to build up their national industrial know-now.

An appreciation of the NOC background would certainly help exploration visitors to the capital, Maputo.

Some clouds have lately obscured this bright future. A disquieting problem that has developed in the last few months is the resurgence of civil unrest fomented by Renamo, the activist party which lost the civil war (1977-1992) against Frelimo. Renamo complains of political and economic exclusion – and it has 1000 men under arms in its stronghold in the Gorongosa mountains (central Mozambique) to push its case. There have been skirmishes. Political dialogue continues, and President Guebuza wants to compromise. But it is not at all clear what would satisfy Renamo.

However, the President has been leading from the front, in efforts to develop the oil industry in his country. High-level delegations including the leading figures from Mozambique have visited Aberdeen in Scotland and Perth in Australia. The goal is to entice oil and gas service companies to come to Maputo to do business, and develop trading and educational links. With the prospect of 100 Tcf of gas and 12 LNG trains to develop in the biggest industrial development ever seen in Africa, there should be long queues in Maputo.

What do you think? Do you agree that Mozambique is Africa’s hottest E&P destination? Please leave a comment below.

Andrew Hayman has over 25 years experience in the upstream oil industry. He worked in seismic operations and logistics, marketing and business development for over 10 years, and helped establish West Africa as a major focus of activity. He helped to organize offshore bid rounds for the national oil companies of Cameroon and Gabon and later managed the EMEA cartography and database unit. He also has several years of experience directing Africa data collection and publication efforts. Andrew holds a B Sc in geology and chemistry, an M Sc in geochemistry (University of Leeds) and an M Sc in stratigraphy (University of London, Birkbeck College). 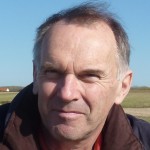 Andrew Hayman has over 25 years experience in the upstream oil industry. He worked in seismic operations and logistics, marketing and business development for over 10 years, and helped establish West Africa as a major focus of activity. He helped to organize offshore bid rounds for the national oil companies of Cameroon and Gabon and later managed the EMEA cartography and database unit. He also has several years of experience directing Africa data collection and publication efforts. Andrew holds a B Sc in geology and chemistry, an M Sc in geochemistry (University of Leeds) and an M Sc in stratigraphy (University of London, Birkbeck College).
More from Andrew Hayman