8 Fun Facts for the Landman about Mineral Rights, Land and Leasing

Whether it’s during a casual conversation, a long road trip or an awkward first date, we’ve all experienced it… air in the conversation. We sit there racking our brains for something, anything, to break up the silence.

I can think a few ways more apt at accomplishing this than throwing out some off the wall “Fun Facts” to liven things up. They are often not that useful in everyday life but are guaranteed to spur the conversation along long enough for another topic to surface.

Another great use for fun facts, as evidenced by GEICO’s “Did you know” commercial campaign, is when you feel it necessary to shut someone down by blowing their mind.

So the next time you find yourself in one of these situations and are rolling through your preplanned list of fun facts like, “Did you know there is a superman reference, picture or statue in every episode of Seinfeld?”, I would like to add some more ammo to your treasure trove of life saving Fun Facts for the Landman.

While some of these will be common knowledge by most landmen, perhaps there might be one or two that catch them off guard. For those of you that aren’t Land Managers by trade (and didn’t know that’s what Landman meant), I think you will find the following facts fun, or at least mildly interesting.

One quick disclaimer before we get started. I know that some of these have exceptions to the rule. Instead of ignoring them, I’d love it if you would explain those in the comment section to help “spur” these conversation starters on to other topics (as they are intended to do). Also feel free to fire back any unusual fun facts that you have come across during your tenure in the oil and gas industry.

1. “Did you know that Special Warranty Deeds aren’t that special?”

A Special Warranty Deed only guarantees the title during the time in which the Grantor owned the property and makes no assertion to the quality of title prior. This is much less desirable than say a Warranty Deed or General Warranty Deeds which warrant and defend the title back to sovereignty.

2. “Did you know that the mineral estate supersedes the surface estate?”

The extent at which this applies does vary from state to state but the general concept rings true across all. See Getty v Jones, Texas 1971

3. “Did you know that Louisiana is the only state in the Union that doesn’t use Common Law?”

Having spent most of my life as a resident of the fine state of Louisiana, I have always known that we definitely march to the beat of our own legal drum. Louisiana operates under Civil Code (aka Napoleonic Code) where other states follow Common Law.

The easiest way to explain the difference, that I have found, is that with Civil Code the judge refers to the code and applies their own personal opinion of what the framers intended, whereas in Common Law, the judge will look to past appellate court decisions and take their opinions into consideration.

Where we get into some really neat situations is when we try to apply “ancient” Napoleonic Code to the modern oil and gas industry.

4. “Did you know that most BLM leases actually expire at midnight the day before the anniversary date?”

Fee leases typically have language along the lines of, “… for a term of ___ years from this date.” This means that it will expire at midnight on the anniversary of effective date.

BLM leases typically state, “… for a term of 10 years.” (Always 10 years). This language means that it will expire at midnight the day prior to the anniversary of the effective date. So always check!

5. “Did you know that if a mobile home has wheels it is considered personal property, but if it’s on blocks it is real property?”

It’s not as cut and dry as that, but if a mobile home is still registered with the DMV, it’s still viewed as personal property and doesn’t have to be expressly reserved from the sale of the piece of real estate that it resides upon.

If the owner of the mobile home affixes it “permanently” to the land and has filed the proper paperwork required by that particular state, then it becomes an “improvement” and is now real property. If the owner sells the land, the mobile home stays with it unless specifically reserved from the sale.

A quick tip I was taught to tell the difference between what is personal vs what real property is to run the following scenario, “If I could take the land/house and turn it upside down, whatever doesn’t fall is real property.

6. “Did you know that the first person to file a lease in Louisiana prevails even if they know the Lessor has already signed with another company?”

The key word here is “innocent.” An “innocent” purchaser is defined as: A bona fide purchaser with neither ACTUAL nor CONSTRUCTIVE knowledge of another transaction. ACTUAL = Purchaser knew of lease by word of mouth or by seeing it. CONSTRUCTIVE = A lease was filed at the courthouse and on display for the world to see so the purchaser should have done his homework.

Since Louisiana is a Race State, it doesn’t matter legally, ethically is another discussion. Always file your lease before the ink has time to dry when in LA. Side note: You don’t have to have a lease notarized in LA in order to file.

7. “Did you know that, even if separate property, by filing a homestead exemption on a property will require that the other spouse sign off on any encumbrance that affects it?”

Some of the most intense and emotional conversations I ever had as a leasing agent was when I had to explain to someone that the sole and separate property that they owned, either before or during their marriage, now requires their spouse’s signature on the lease because they filed a Homestead Exemption on the property.

A Homestead Exemption is taken from a Spanish law that protects homeowners from most creditors, to protect the surviving spouse of a homeowner who recently passed, give tax breaks and helps true up votes on property taxes so people who don’t actively live in an area can’t interject their influence.

In some states this status is automatically given to the primary residence while other states require you file for an exemption.Another protection it provides is that one spouse can’t create a new encumbrance on the property without the consent of the other.

Always check this status at the Central Appraisal District before you sign a lease or it will later become void.

8. “Did you know that minerals aren’t owned until they are captured at the surface?”

If any of you have watched the movie, “There Will be Blood,” than you have already had this lesson explained to you in a violent yet relatable fashion when Daniel Day-Lewis’ character explains the Rule of Capture to a neighbor by illustrating that “I drink your milkshake” by him using a long straw all the way from his property. *SPOILER ALERT* He then, for reasons I still can’t comprehend, bludgeoned the neighbor to death with a bowling pin.

What’s even more incredible is that the milkshake quote was actually taken from the court recording from an actual case from 1924 known as the Teapot Dome oil drilling scandal.

In short, you can drill on your property and effectively drain oil from surrounding tracks without their knowledge or consent. As with anything, there are rules around this practice, but is true in theory.

What do you think about the fun facts outlined above? Are there any unusual facts that you have come across during your tenure in oil and gas? 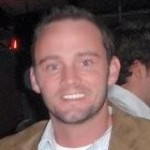